What is the difference between a crane pose and a frog tuck? [closed] 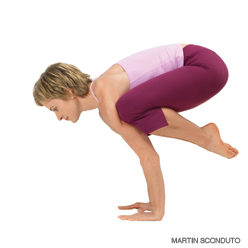 A frog tuck, as I understand it, is mainly a gymnastics move that's taught as a progression to, among other things, planches: 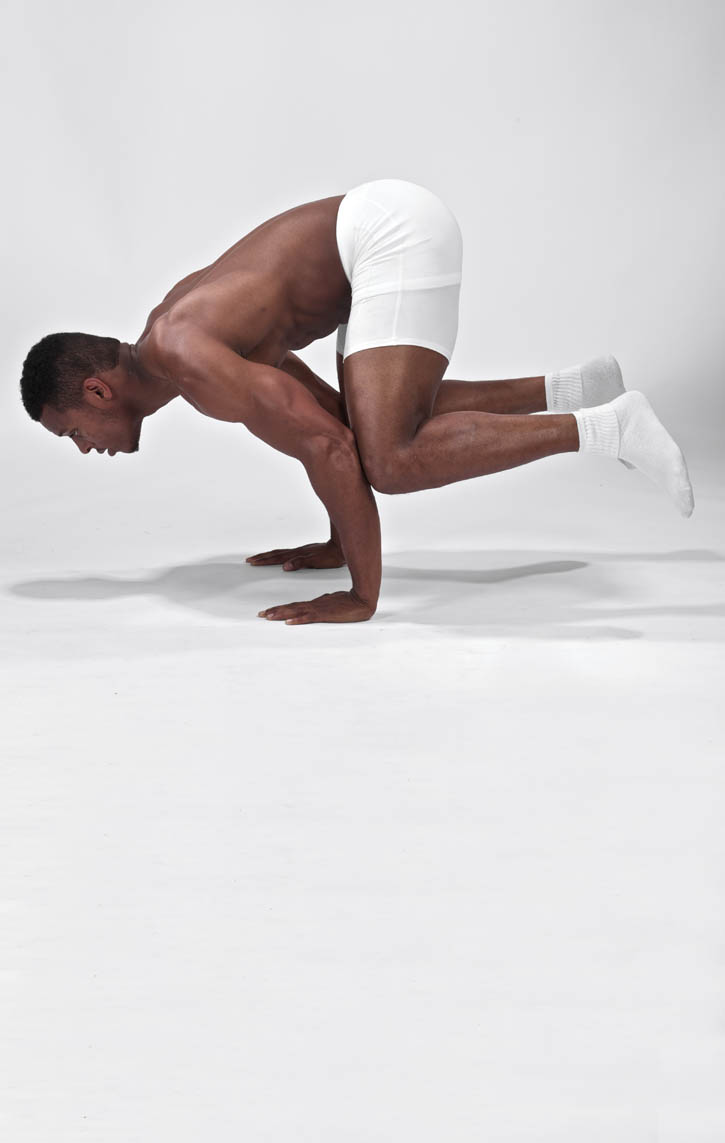 Are they pretty much the same thing, just with different names?

I note that in the crane pose pic the persons knees are above the elbow whereas in the frog tuck pic they're below. From what I've read (writings by Christopher Sommer) a frog tuck is supposed to have the knees above the elbow so I figure the pic just isn't that great a pic.

No, a frog stance and a crane pose are not the same thing.

That second picture is a terrible example of a frog pose, but the article you linked has a much better one here: 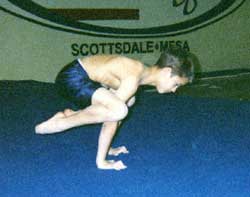 As you'll notice the big difference is the lack of contact between the knees and the elbows that is in both of the photos you linked. Part of the challenge of the frog stance (and planche) is the ability to hold the core rigid and hold the hips and eventually the legs at a distance. The frog stance trains the core to work against the massive torque generated when the legs are extended in the full planche.

When the legs are brought in contact with the elbows as in the crane pose, the abdominals and hip flexors need to provide much less stability as the upper arms, torso and upper legs build a rigid triangle (although less pronounced in the upper photo) that provides a massive mechanical advantage.

While the crane pose looks similar the change in torque and stability required in the frog pose make them vastly different exercises.

Not the answer you're looking for? Browse other questions tagged form yoga gymnastics or ask your own question.

2
What is difference between Yoga and Power Yoga?
10
What is the primary difference between mixed grip and overhand grip for deadlifts?
0
Why is it so hard balancing the Vrikshasana pose when the eyes are closed?
6
What is this exercise/pose called?
7
Significance of dead body pose in yoga
0
Which type of Wheel Pose is better to increase height of the same pose?
3
What is the difference between yoga and stretching?
3
How to do the Sphinx Pose for men
1
Yoga: Chair Pose alternatives?