What is causing my post-run hip pain?

I am somewhat new to running, just picked it up about 2 years ago. My typical run is 30 minutes, about 2.5 miles. About three months ago I switched to a pair of minimalist-style Reeboks. For about a month now though, I have noticed that a couple hours after a run, I have an ache/pain on the front of my left hip. Do you think this is a result of poor form, or could this be due to the shoes? And if it's the shoes, what do you recommend I correct in my next pair (better ankle support?), which I hope to pick up this week.

That sounds exactly like what I had when training for my third half marathon after a long-ish break from running. In my case, it didn't really fall nicely into any "usual" description such as ITB-related problems. It was a chronic pain in the front and slightly to the outside of the hip, roughly near the joint between thigh and hip, but more to the side from that.

What worked for me was quite simply to stretch before and after running by crossing my legs and leaning on the side of the leg that is crossed behind the straight leg, so that you feel a stretch in the side of the hip. And in addition to that, I did some repeats of standing in a slight elevation and lowering one leg as downwards as it can go while still not touching the ground and keeping the back straight - 10-15 repeats of this on both legs.

It took a week for me to recover. After continuing the above for one more month, I never had any more problems with the pain during the rest of my training program (4 months).

Edit: Here's the stretch - the one on the right side: 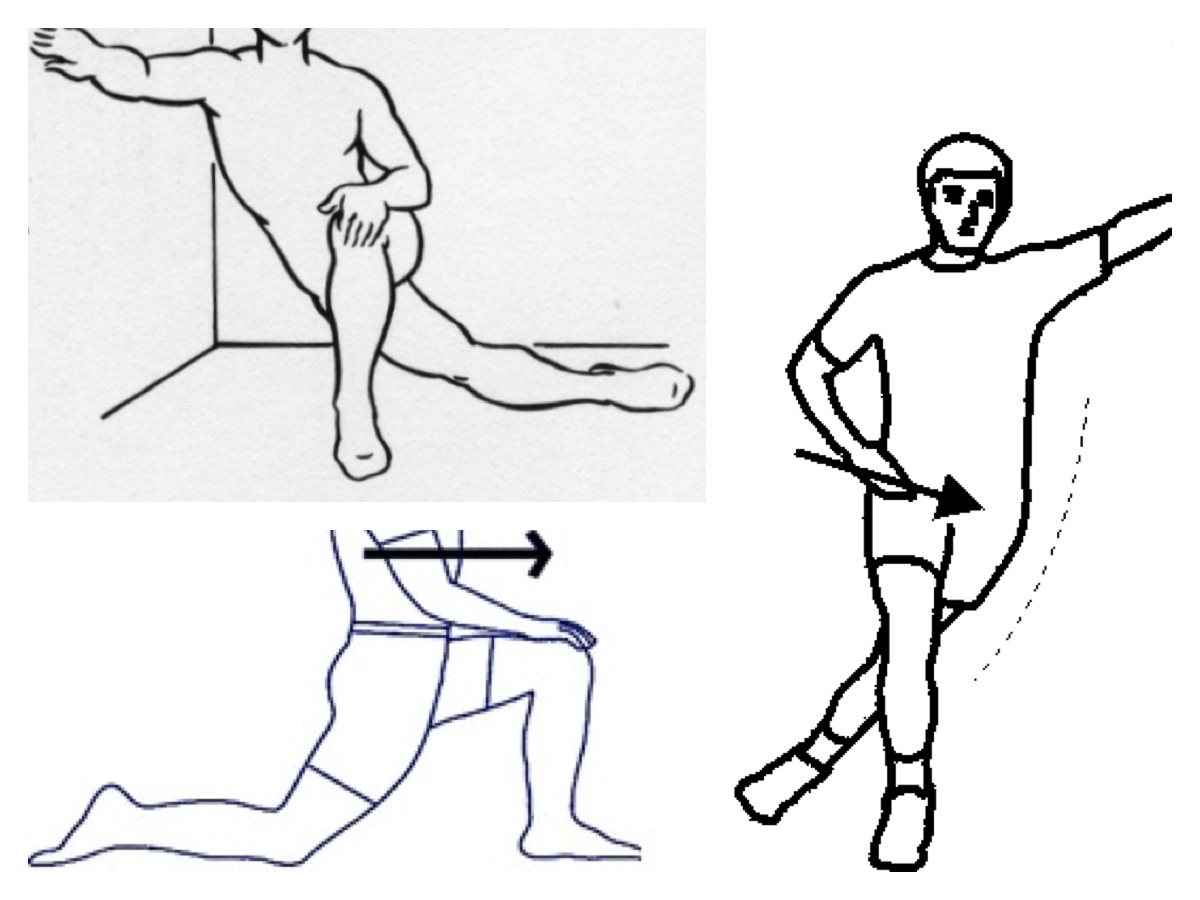 It does sound like you have IT band syndrome. In addition to stretching as per Juha Untinen's answer, to prevent future IT band injuries, I strongly suggest doing these things:

Lie on your side as shown in the picture and move the top knee up and down. One side will be weaker than the other. Do 3 sets of 10 each on the weaker side. It is important that your top knee, when resting on the other knee, is just a little bit farther forward and. Make sure you are firing only your gluteus medius when you raise and lower your leg. 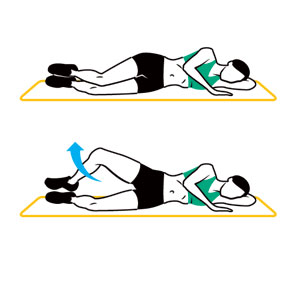 Side shuffle with resistance band

Put a resistance band at the bottom of your legs and bend your legs a bit. Shuffle left for a bit (maybe 15 feet) and come back, then rest. Do this two or three times. 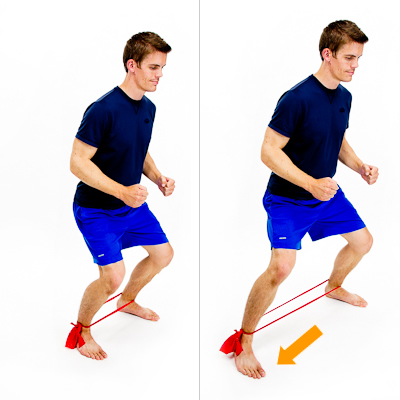 Using a foam roller, roll over your IT band from the knee to your hip. Try not to roll directly on your IT band - instead try to get just to the side. Rolling on other muscles is good as well. 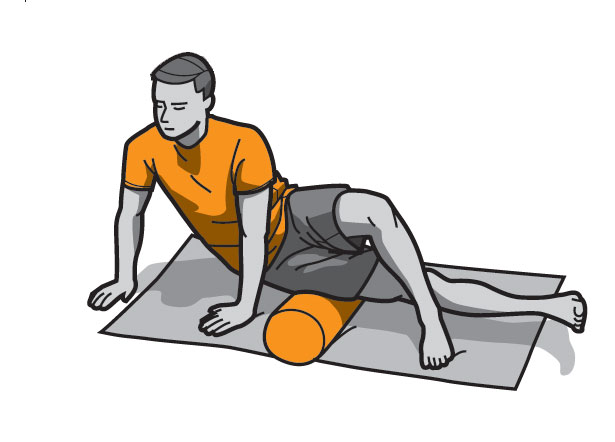 If you have the money, the Graston technique is a type of treatment performed by a chiropractor in which a piece of metal is scraped along the tendon, which breaks down scar tissue and fascial restrictions. It often leaves a bruise. Graston is very effective. 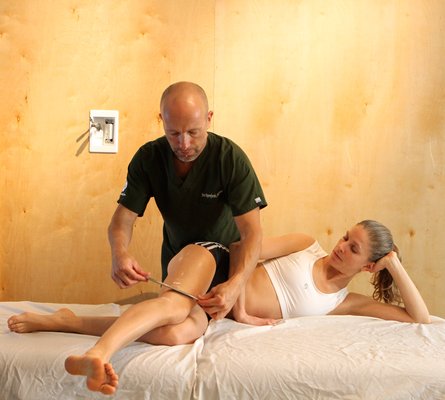 6
Looking for an Android app other than Runkeeper which lets me create custom interval training
7
Does running in Vibrams (or some other minimalist shoes) make you run faster?
6
Stretches and muscle work for Supination or Underpronation
12
How should I transition into minimalist running shoes?
3
do runners think that each leg plays a different role? do they run with asymmetry?
1
Why is my left foot going numb when I run? (when it was not a problem previously)
6
Does holding weights allow you to run faster?
4
Pronation in shoe wear
1
Hip adductor pain after running