Why does Dmitry Klokov stagger his feet?

Dmitry Klokov, olympic medalist and renowned heavyweight lifter, does something very unusual with his feet in both the snatch and the clean and jerk. In the below picture, he can be seen with his left foot opened slightly outward compared to his right foot, as well as positioned slightly forward.

Even in the snatch he can be seen using similar positioning of the feet: 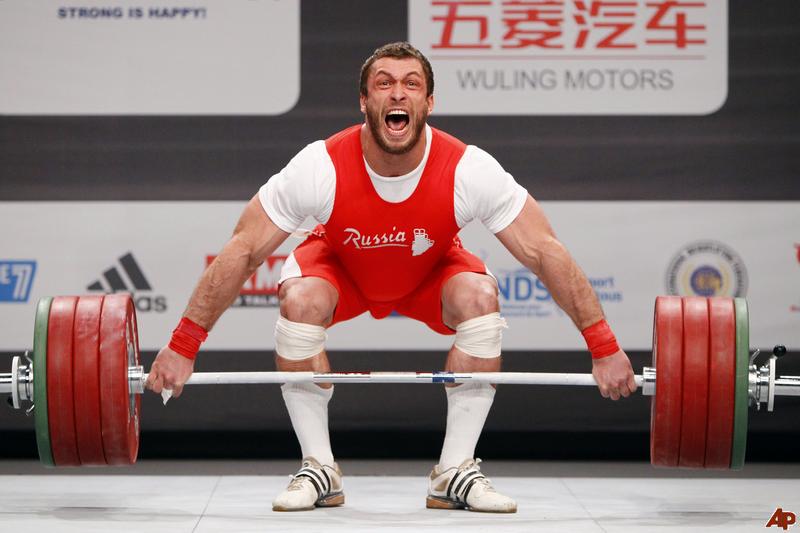 In all the videos of him lifting, he can be seen using this staggered stance.

We've heard from DPTs that torque is generated from the hips, so the feet should be as straight as possible in squat movements to help induce more rotational torque. For Klokov, this apparently has not worked best for him. As a top tier athlete, I'm sure he has access to some of the best trainers in the world. Wouldn't this be something they would try to condition out of him? 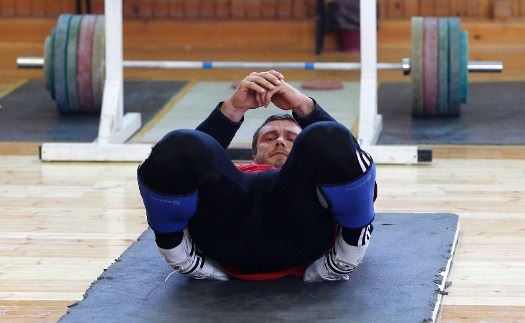 As one of the most flexible lifters I've ever seen, I'm sure it's not a mobility issue. What's the deal? Can anyone explain his foot positioning?

Jean-Patrick Millette on Firstpull.net calls this an example of individualization of technique:

Elite lifters do have what we might consider kinks or a special routine/behavior towards the lifts. To us, they could be detrimental, but to these lifters these behaviors an integral part of their technique. There is something about lifting very heavy weights that will make you chose a certain style and develop certain behaviors. Would they lift more without those interesting technical deviations ? May be or may be not. They are used to training the way they train.

Professional lifters may be more apt to discover and test unique things about their body that improve their own performance but no-one else's.

Fixing these kinds of postural asymmetries isn't just a matter of mobility, but of simultaneously tightening up muscles on the other side. This can involve a lot of specialized mobility work along with unilateral corrective strength work. And just like how one a runner increases their susceptibility to injury in the short term by improving their running form, attempting to fix a minor stance issue like this might introduce the potential for injury during the transition phase. If the asymmetry isn't causing any trouble, it might be rational to merely keep it from getting worse.

It's likely that fixing this just isn't a priority for him and his coaches.

I didn't read through everyone's TL;DR.

Easy answer: one leg is longer than the other significantly enough. He has addressed it in a snatch video tutorial and I went to his weightlifting course where he explained that. Also, that's why in the end of his jerk, he twists a little.

It's because he injured his right leg in a soccer match and because of surgery, the leg is structurally different.

Nuna BizzNuna Bizz
7
5
Add a comment  |
-2
Want to improve this post? Provide detailed answers to this question, including citations and an explanation of why your answer is correct. Answers without enough detail may be edited or deleted.

Not only is it legit, but, he explains it at in the seminar in the following video: https://youtu.be/QJskWqVcaE4

8
Why does the front rack position hurt my wrists, and what can I do about it?
3
Why does Starting Strength prescribe minor resets?
5
Why does a giant surplus in calories result in immediate strength gains?
1
Why does weight training cause so much more DOMS than even extremely arduous bike rides?