Stack Overflow for Teams is moving to its own domain! When the migration is complete, you will access your Teams at stackoverflowteams.com, and they will no longer appear in the left sidebar on stackoverflow.com.

Check your email for updates.

I play indoor mixed beach volleyball every week. I've noticed that if the sand is really quite cold (like during winter), then after the game has finished my second toe (next to the big toe) is white, while the rest of my toes are of normal colour.

Is this just (most likely) a circulation problem...? 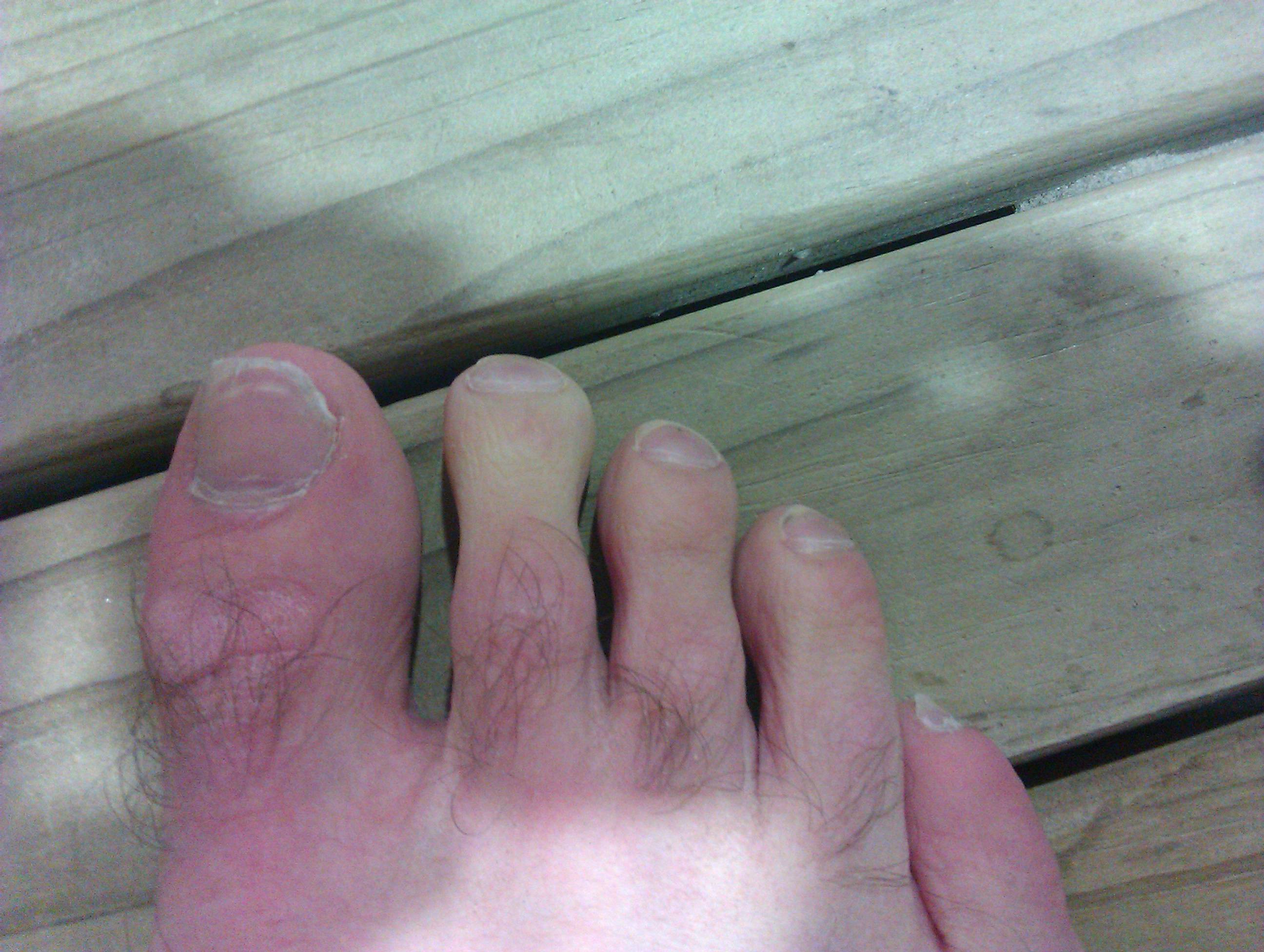 Well, there are some nerves running over the foot and down to the toes. They are likely to be affected, because they are not protected that well.

Some weeks ago I went for a march in The Netherlands - around 40 km. every day for 4 days. After a while my two second toes (or whatever they are called - the same as you describe) turned completely numb, like they were "sleeping" - like when you have slept on your arm and it is numb the next morning.

The doctor at the field hospital told that my boots were too tight. They were apparently adding pressure to my feet and the nerves just stopped functioning or got paralized. And the nerves are very exposed during high activity.
This does though only affect this toe and maybe also the inside of the big toe. Therefore this was the first I thought of when I saw your picture.

You might have done something with your foot; hit it, twisted it, landed on it or something. And then cold sand just makes it more visible maybe.

I'm not a doctor, but this is what I was told. You might go see one though to be sure.

To calm you down again I can add that it might last very long (from hours to months) before it is in normal state again, but it is not a problem at all and will not have any other effects.

Lets hear, what the doctor says.

It sounds like it could be Raynauld's syndrome! It's usually pretty harmless, just make sure to keep warm, but check in with your doctor. It could be a sign of an underlying autoimmune or thyroid problem. Good luck!