Is there any objective reason for the hatred towards the pulldown machine?

While I agree that a compound movement with free weights against gravity must recruit more muscles (and in a more balanced way) than a forced path on an isolation machine, I cannot understand certain extremes like the hatred towards the lat pulldown machine, an object so easily found in nearly every gym and so easy to use.

A small internet search shows literally hundreds of variations of the same question: "I cannot do pullups, what should I do?" because it is a very usual situation many of us face. And, while I understand that the lat pulldown machine is not the same exact thing as a pullup, I think the similarity is striking, and I really cannot believe that someone who achieves a decent mark in the pulldown machine is unable to do pullups: 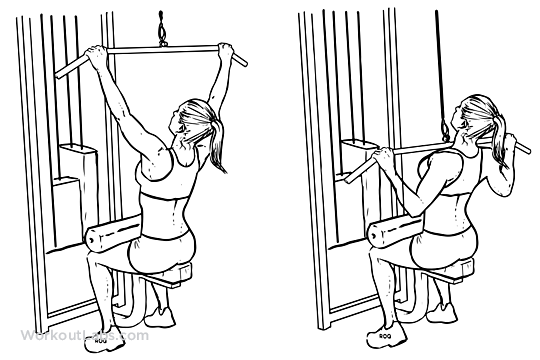 Moreover, the bar hangs from a cable in the pulldown machine, so that the path it follows in space during the repetitions is quite unconstrained, very similar to a free weight unlike other machines. And you can build up very gradually by increasing the load in very small steps from nearly zero resistance.

Instead, people give all sort of weird recommendations: negative pullups (dangerously taxing on the grip, joints and tendons in general of untrained and probably overweight novices), band-assisted pullups (where resistance is difficult to adjust and impossible to tune finely), surrogate exercises like the inverted row (the method I am using, but I hold some doubts because it is obviously not the same pulling direction) and so on.

Is there a reasonable and objective reason to avoid the lat pulldown machine? (besides simply "it is not the same thing"). I expect either an answer related to something real that can be understood (directions of forces, names of muscles, I don't know) or perhaps some reference to a scholar paper where two groups of training athletes were compared.

I'm not convinced that people "hate" it. I think what you're seeing is probably exasperation with how popular the machine is in disproportion to its usefulness.

These are all solid ways to progress to pull-ups and to develop pulling strength generally. So, too, can the pulldown machine. Each can be used improperly or recommended inappropriately.

One of the major concerns with the pulldown machine is that people who are fully capable of achieving pull-ups stall on the machine. This happens with other methods as well, but machines seem to be the place where more people get stuck and never move on to more challenging movements. For whatever reason, machines are one of the places where people lose sight of the main goal, which is progressing towards more general, more useful movements.

Short answer, there are a lot of ways to do a lat pulldown incorrectly. With some supervision, or awareness of one's form, it's not a bad exercise, but it's an exercise where it's easy to fall into bad habits that can hurt you (putting too much pressure on the spine or rotator cuffs) or simply not do you much good (using your stronger muscles to compensate for the weak ones you're really trying to exercise).

I don't have any papers, and I don't hate pulldown machines. The main difference is core activation. In a proper pullup, you brace your abs, you contract your glutes and keep your spine in a complete stiff position. Where in a pulldown machine, unfortunately this is very hard to do.

Not the answer you're looking for? Browse other questions tagged pull-ups or ask your own question.

10
How can I reconcile the need for rest with "greasing the groove" on pull ups?
11
Whats the optimal height for a pull up bar?
5
One arm chin/pull-up and the lat pulldown machine
5
Assisted PullUp Machine or Inverted Row?
7
Lat Pulldown vs. Pullups for back strength and bicep development
1
Why I can't do pull ups/chin ups properly however I am lifting heavy weight and also doing lots of push ups
4
What additional exercises should I be doing to improve my weighted pullup and work towards the one arm pullup?