Anyway, it seems that moving the joint "passively" (which seems to vary in definition from the joint being moved through ROM by a machine to moving the joint on you own with very little resistance). There is a study of rabbits that shows that rabbits with damaged cartilage healed faster when the injured joint was put through passive motion:

So - two things from this study:

However, if we look at a summary of studies, the results seems more vague:

The reported clinical results, combined with the existing basic science evidence, suggest that there may be an ideal combination of all 3 treatments—CPM, AROM, and early weight bearing—that is most advantageous for both quality of life and quality of healing. Appropriate basic science research and focused clinical research are needed to generate postoperative rehabilitative protocols that will maximize benefits of articular cartilage repair and restorative procedures as they continue to advance and gain popularity.

There is also an article by some guy named Doug Kelsey that stipulates that:

Injured joints like movement, generally, and dislike being still. For an injured knee, I suggest things like a furniture slider, or even a paper plate to place your foot on and slide the foot forward back while in a sitting position. You can do this for 5-10 minutes a few times a day and most people find it quite helpful.

His example of AROM (basically moving joint lightly with no resistance) is shown in this picture: 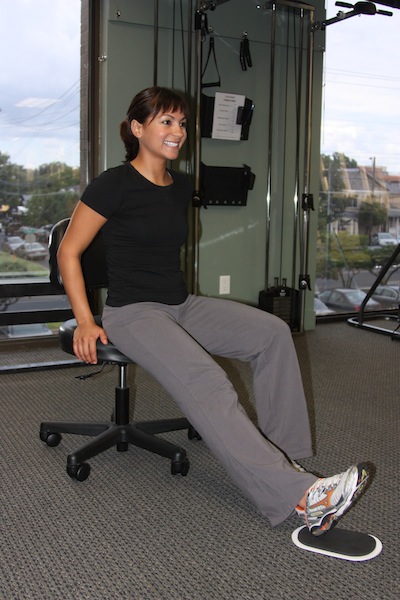 It seems to me that he is just jumping on the "synovial fluid circulation promotes healing via nutrient delivery since blood flow is poor" idea. Edit: Also seems that his book isn't on sale on Amazon, so there aren't any real reviews, which makes me skeptical.

TL;DR: Is there any conclusive reason to believe that motion with no resistance heals joints? If so, how much and what kind?

So I had this concept mixed up for years.

They do not increase ROM since it's performed in a pain-free range (so you're repeatedly doing this in a limited ROM). The weight of your limbs has not been shown to induce muscle hypertrophy.

Benefits of and ROM Techniques.

These techniques certainly improve joint health and minimize scar tissue formation. They allow you body to heal while minimizing the damaging effects of immobilization after an injury. So you will increase your ROM but it's due to healing and decreased swelling, not directly from the ROM Exercise itself.

This is why patients outcomes have improved so much. For example, After a Knee Replacement Surgery, they immediately hook you up to a Continuous Passive Motion Machine and begin repetitive knee flexion and extension, progress to walking and being discharged the same day of their surgery.

So motion with no resistance certainly helps joints, however, if you're not injured there's no reason to do these. Take a walk. You're still getting the same ROM exercise benefits while adding others such as increased bone density, endurance etc..

Hope that makes sense. Feel free to ask or edit anything if not.

Not the answer you're looking for? Browse other questions tagged recovery joints or ask your own question.

9
Can weight lost be sustained through exercise influenced metabolism changes?

7
How can I best recover for a second strength workout on the same day?
1
Pull-ups: Pain on shoulder joint when lowering body - how to recover from, and prevent or avoid?
2
How do you effectively train for running while in the water?
3
Immersion Pressure Healing for Post-Exercise Soreness
2
Is full or partial range of motion better for chin-ups?