Ask Question
Asked 6 years ago
Modified 5 years, 11 months ago
Viewed 356 times
2
Closed. This question is off-topic. It is not currently accepting answers.

Questions on nutrition are off-topic unless they relate directly to exercise.

I just started working out a few months ago and just yesterday decided to try whey protein to help with my fat loss, which I haven't made much progress in even after switching to a healthier diet.

I bought Whey Gold Standard from Optimum Nutrition, please refer to picture below.

Yesterday before dinner I decided to try a scoop of it with cold water. I drank a few gulps and immediately started to feel tingling around my body. I brushed it off and started eating my dinner consisting of brown rice and some meat and veggies. Throughout the dinner the tingling got stronger, I started feeling light headed, and my heart started racing. I called my friend who uses the same product and he said I am one of those people sensitive to whey protein and my blood glucose level is dropping. I ate some more and started feeling better after a few hours, although I don't know if I felt better because of eating or just because of time.

Today I worked out at the gym and afterward I ate a bigger dinner than usual consisting of fried rice, chicken, carrots and cabbage, to prepare myself to try the whey again. This time after drinking the whey I did get some tingling particularly around my head, but rather mild. My heart did not race. As I am typing this my head is still tingling, but it's very mild.

My questions: what is this reaction? And is it safe for me to keep taking whey protein? 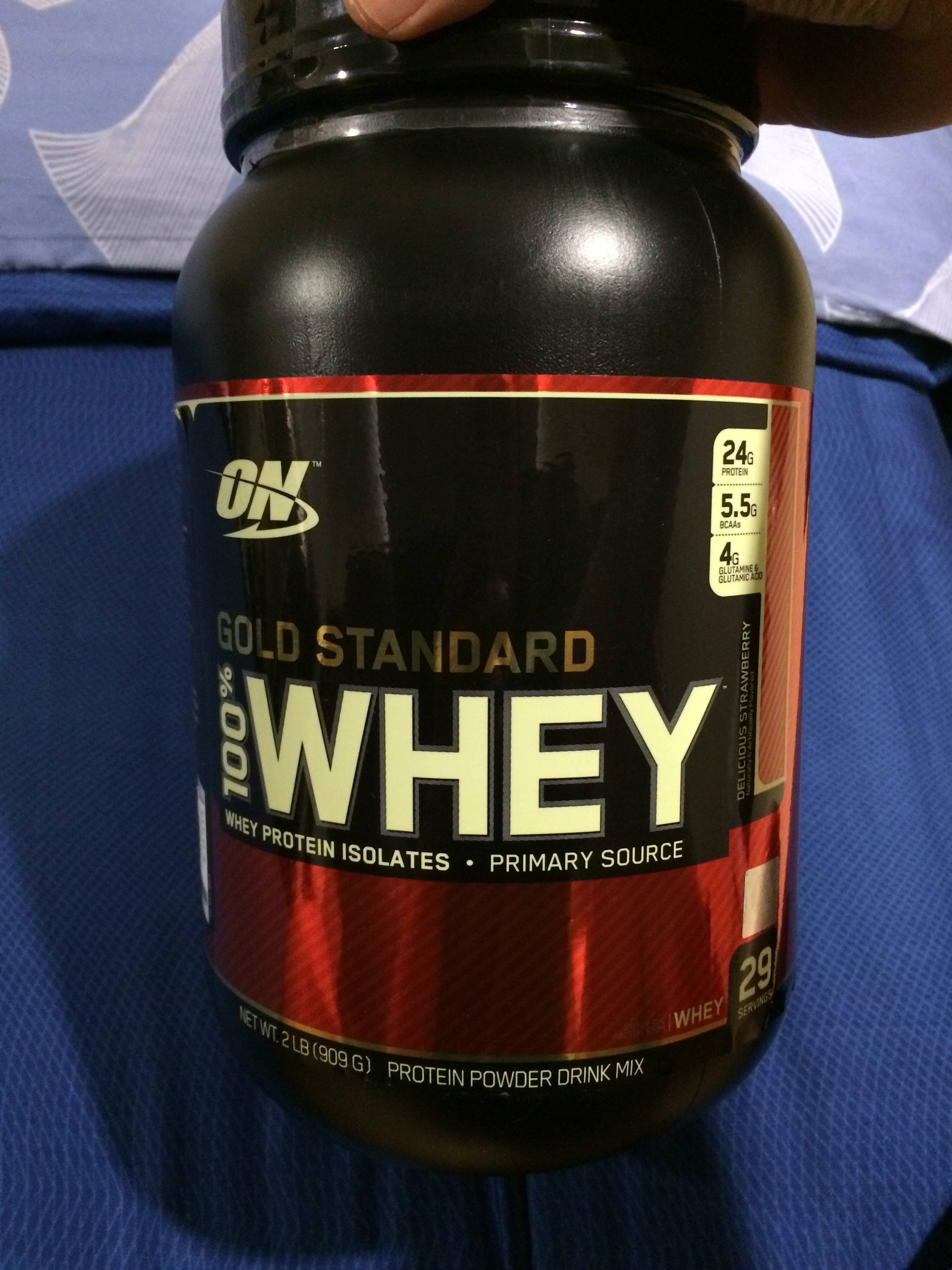 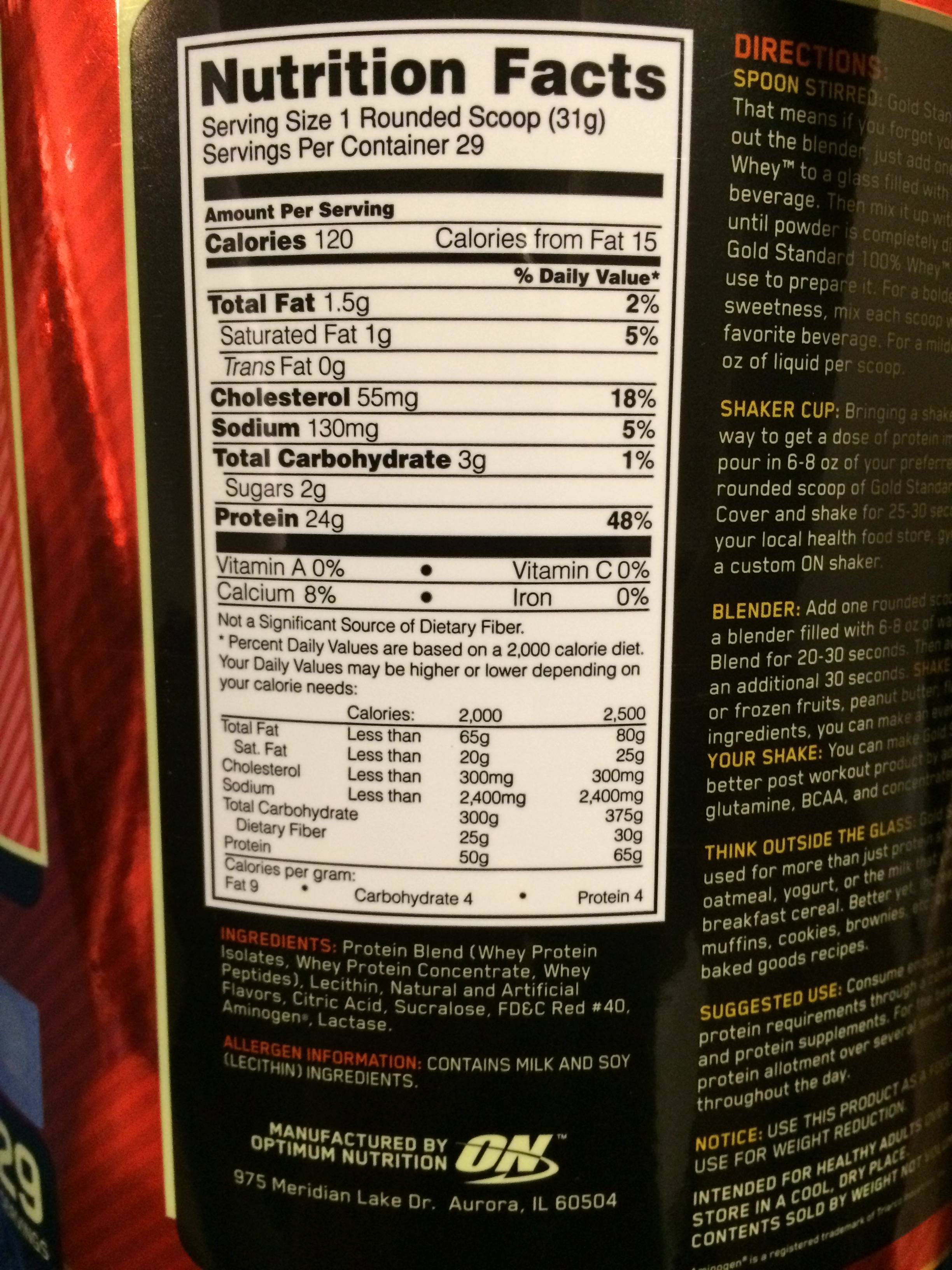 Assuming you don't have any allergies to any of the ingredients in the box, and even if you did, tingling isn't really tied to allergies.

Also assuming, that you tried drinking the protein out of two separate bottles. Since maybe there's some residue of some agent causing this in one of them.

Additionally assuming that this is the only supplement you're taking. If you're taking ANY pre workouts or creatine supplements, the beta-alanine amino acid will definitely cause tingling.

Now, the thing with Optimum Nutrition's protein supplements is that they contain high amounts of amino acids. As you can see from the container, 4-5.5g of them. It is VERY likely, and I'm almost 100% certain of this, that because you are just getting accustomed to this new supplement, your body is very sensitive to alanine, which is present in high amounts in that exact supplement. This amino acid is basically known for causing tingling sensations. The beta alanine itch is simply the result of nerve endings underneath the skin which are stimulated and firing at a higher than normal rate. It is not a cause for concern and is experienced by the majority of the lifting community at some point.

Luckily, (and kind of unluckily), your body will slowly become insensitive to this, just like it would with caffeine. This is why your second time was milder than the first.

So to sum up, nothing to worry about, Optimum Nutrition has very high amounts of BCAAs, which are essential for protein synthesis, after a few more times of taking it, you won't notice the beta alanine tingles. I wish I still could.

Moreover, it could also be possible that you're psyching yourself out, there's research showing that you can placebo yourself into getting amped up for a workout, with the same effect as some pre workouts.

Your question, as written, requires a certain amount of opinion, speculation, and detective work. So, here goes. I use the same product you pictured without any side effects. However, what you describe sounds very much like a reaction to Niacin.

Common Side Effects of Niacin:

Itching under the skin

Serious Side Effects of Niacin:

Yellowing of skin or eyes

In particular, the “tingling” you describe sounds very much like “skin flushing”. As evidenced by this Reddit post, others have had a similar reaction. And, while Niacin may not be listed as an ingredient on your label, that doesn't mean it's not in the product. I'm not sure that products with “trace amounts” of a substance are required to list that substance on the label. (If you look at the Reddit post, you'll see Niacin is listed.)

So, to answer your question, Whey protein is generally safe. You could very well be reacting to an ingredient in the product. You should confer with your personal physician to see if you are subject to any allergic reactions to food stuffs.

Not the answer you're looking for? Browse other questions tagged whey or ask your own question.