People tell me that's close to the best I'll get without testosterone/steroids and etc. I am basically never capable of being super lean and highly muscular, so I look soft and weak even with 137 lbs. of lean mass and 13% bodyfat. I have tried to go lower, but my muscle has gone down if I continue slowly dieting. I don't get it because I see other guys with less muscle, but they have manlier looking bodies. I look in the mirror and see a feminine looking body that only barely comes across as manly.

Manly I believe looks cut, built and square/tank-ish looking in the torso. I have wider hips and my waist gets smaller as it goes up, much like a classical woman's shape. I have tried all ab/oblique/etc. exercises and I still have a womanly shape even though I'm a man. I have got testosterone checked and it's higher than average for a man of 25, but I still have a womanly body. As a reference, it looks like this shape (note though that this guy is not me, and I have more mass than he does): 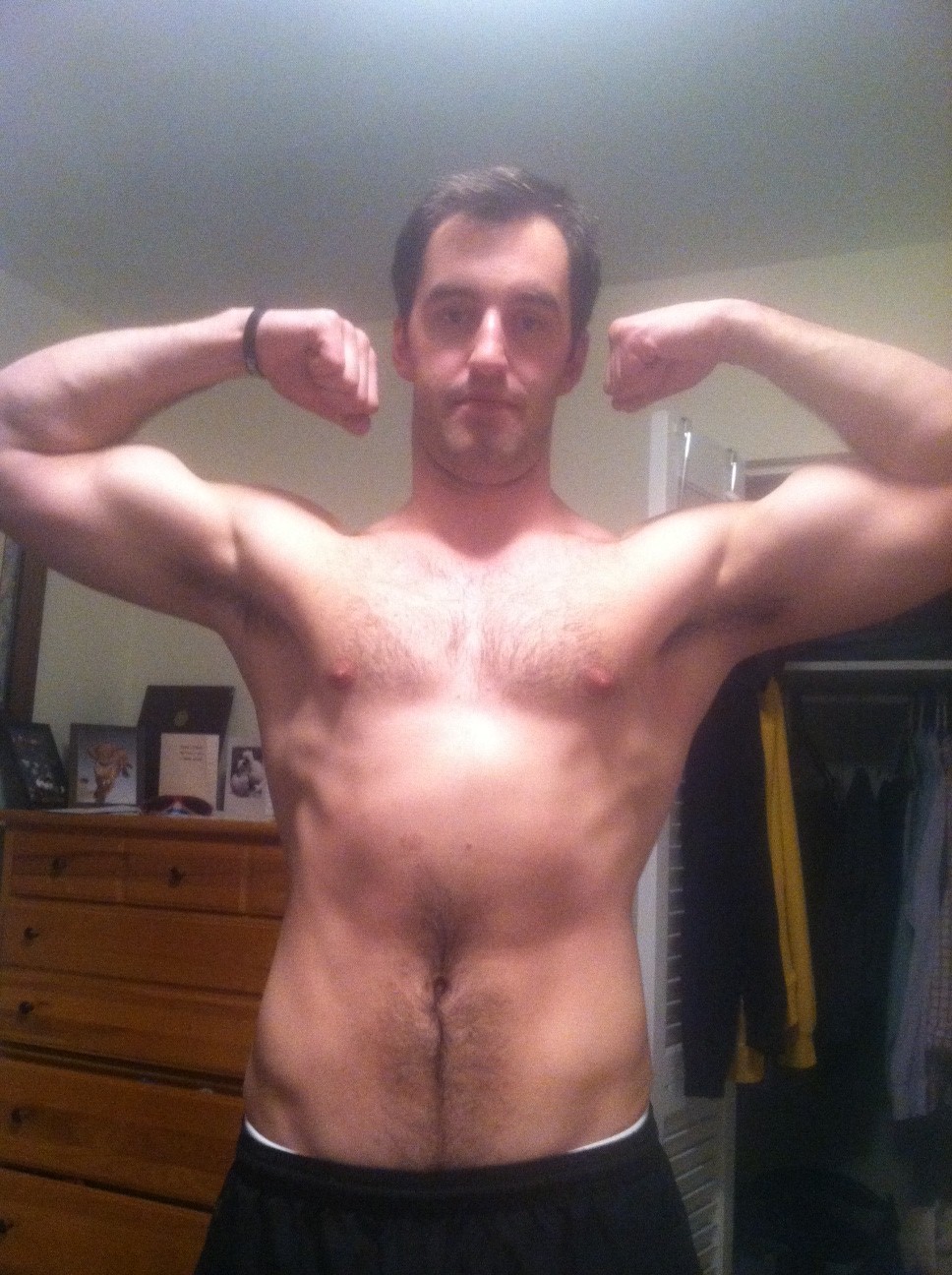 Notice he has the classical, feminine feminine waistline? A friend of a friend tells me that this means less testosterone exposure in the womb, which means the body genetically accustomed itself to a more female figure, like a woman with the brick, rectangle shape has more of a guy figure.

To put it short, this means:

1.Less testosterone exposure in the womb, so a more feminine body is the result.

2.No amount of exercise/etc. can change this since it's like trying to make a hand longer. You may be able to hide it a bit, but it's genetic and fixed the shape it is -- womanly looking on a man.

I have seen guys with way more bodyfat that still have the classic, tank-ish, bulky man shape (so that's evidence that bodyfat alone has nothing to do with it, because huge fat guys can still have manly looking frames/features, whereas lean and built men can still have ladylike hourglass figures).

It seems losing bodyfat doesn't make me look more manly -- and neither does gaining muscle either.

So I've decided that perhaps steroids and lots of hormone augmenting/surgery is likely my only path.

I'll repeat this again: guys with less lean body mass and more fat can have more masculine figures -- and guys with lots of leanness and mass can have womanly figures. The problem is congenital test.

"Less testosterone exposure in the womb " you're probably talking about klienfelter syndrome, aka 46xxy. These men carry two copies of the x chromosome and are more likely to have autoimmune diseases, learning difficulties and a wider hip/shoulder ratio, less body hair and struggle to gain muscle. The man pictured is not klienfelter, the condition is very rare, there are always natural variations in body types. Your testosterone level is normal/high but if your shbg (binding globulin) is elevated this can tie up testosterone and the body has trouble using it. Your doctor or endocrinologist can test for both. You are more than just T though, nutrition , rest and will power during workouts are what I would focus on, you're 25 so still a bit of time to make shape changes yet.

Not the answer you're looking for? Browse other questions tagged bodybuilding testosterone shape or ask your own question.

14
Muscle building exercises without looking like the Hulk, think toned and defined
4
How to sculpt masculine VS feminine chest?
0
How badly would lower-than-average testosterone affect strength-only gains?
1
Building big muscles leads to not enough testosterone?
3
Testosterone levels. Fighters vs Bodybuilders
2
How to shred max body fat although my physique is athletic
1
Libido correlated with muscle-potential?
1
Testosterone and bodyfat correlation -- a myth or no?
0
High testosterone, but can't get muscular or ripped easily?