Third question: Even in category of foods the protein differs, too. Chicken, red meat and foods like beans have different values for human body-muscles, as far as I've heard. Which option is better for foods?

Which of those types of protein is more helpful to build muscle? (Avoid healthy way, my "exams" was very good. I look care what I eat but I may increase some of those for better results that's why I am asking-of course I am not talking about anabolic or steroids. I hope you understand me about this "healthy" foods which are better.)

And you should be acquainted with the notion of proper/optimal absorption of nutrients too. See here for that. It's not mentioned in the linked article, but a good way to absorb magnesium is through the skin, so rub it all over your body* before you take a bath/shower or something.

I put chlorophyll in my tea too, which I've come to believe helps in long term absorption of protein via its ability to clean the intestines: 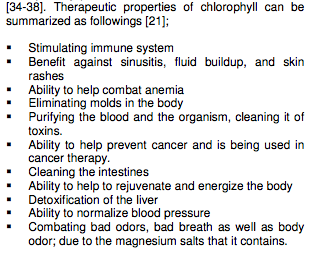 I know it's not what the question asked, but I'd like to also add that using the MyPlate resource as a guide (as opposed to strict adherence) is a good practice and try to be as primitively inspired while shopping/hunting/foraging as feasibly possible, i.e., in the sense of (a mix between) Michael Pollan's ethos in The Omnivore's Dilemma:

The final section finds Pollan attempting to prepare a meal using only ingredients he has hunted, gathered, or grown himself. He recruits assistance from local foodies, who teach him to hunt feral pigs, gather wild mushrooms, and search for abalone. He also makes a salad of greens from his own garden, bakes sourdough bread using wild yeast, and prepares a dessert from cherries picked in his neighborhood. Pollan concludes that the fast food meal and the hunter-gatherer meal are "equally unreal and equally unsustainable". He believes that if we were once again aware of the source of our food – what it was, where it came from, how it traveled to reach us, and its true cost – we would see that we "eat by the grace of nature, not industry".

But, like I said, use these as a guide as opposed to a strict singular dietary adherence. In practice it's a subtle balance of them all. If you're a vegan it's trickier: In my own experience as a vegan---in the past, but not anymore---for six years it's how well you can pair proteins, the time you can spend preparing this, and the amount of plant-based food you can consume in a day, but it is possible. Check out an example of Kendrick Farris's approach, and there are a lot of other examples. But I quit this way of eating because of prep time (see here for an idea), and it's my understanding (I could be wrong) that our dentition---canine teeth---is reflective of our nature/evolution to eat meat that contains the concentrated nutrients formed from the animal's efforts from consuming mostly plant-based foods. Personally, I try to eat two/three wholly vegan meals a week.

If you're body building, you've got to remain kinda consistent, so I'd recommend a "meal prep" schedule of some kind:

Working out in the morning increases your metabolism throughout the day, which I find compliments a scheduled meal plan, but I also dislike sameness, so I do that every other day (3-to-4 prep'd meals a week) with random snacks/meals and eating out on off days**.

** I hope this hasn't come off as a humblebrag-type rant. I can assure you my heart is in the right place.

Not the answer you're looking for? Browse other questions tagged workout or ask your own question.

67
Effect of protein intake on muscle recovery
9
What is the best way to cool down after a workout?
4
Taking protein right before the workout
1
what is burnt first, muscles(protein) or fat
5
Do protein shakes really damage the kidneys?
2
Can you build size and strength at the same time/together efficiently?
1
Differences and clarification about Fats and Carbs and optimal carbs quantity for body building