I'm no expert in glenohumeral anatomy, but I've noticed that if I do "triceps-style" bar dips, I have no pain nor impingement in the shoulder joint whatsoever. This is the version of dips where the elbow go as far back as possible, almost as if they're trying to touch one another, as opposed to "chest-style" bar dips, where the elbows are much more flared out to the sides.

But, taking a look at the skeletal structures of the shoulder joint, I see no reason why moving the humerus "backwards", as opposed to just flaring it out to the sides, should somehow make the movement a lot more impingement-less (mainly across the AC joint, which seems to be the most likely source of impingement).

Granted, a simple "skeletal/ligament" view may omitting some other important detail as well --- if my elbow is pointed backwards (with scapulae retracted), I can move the elbow upwards only so far (I cannot raise my elbow above my shoulder joint when it's pointed behind me, for example).

So, are there actually other structures in place (e.g., muscle tissue) that could be keeping 'triceps' dips from hurting the shoulder joint? My best guess so far is just deltoids, traps, and the long triceps head simply all bumping into each other thereby blocking any pain-causing or impingement-causing ranges of motion.

Edit: According to the image below, what exactly prevents sagittal shoulder extension a full 360°? Is it the stretching of the deltoids, or some occlusion between the rear muscle groups bumping into one another, or something else? Since whatever it is, it allows me to do triceps dips comfortably with no pain or impingement whatsoever. 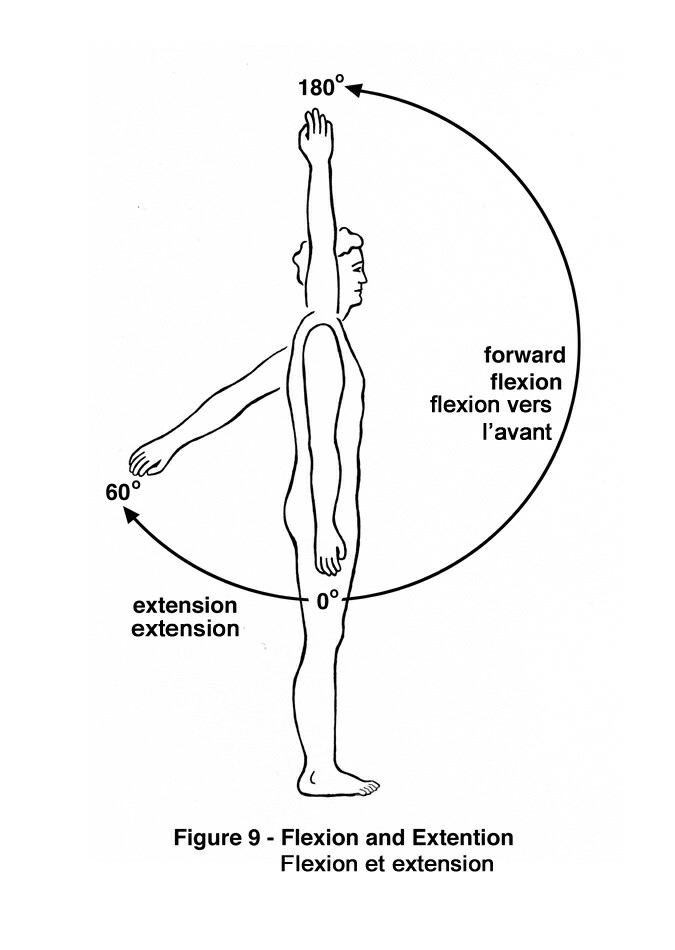 As the bottom goes backward, the top goes forward:

Image source: Why typing annoys your neck, shoulders, elbows and wrists, and what to do about it

You've probably seen that old cop move to disengage a suspect, where they pull the arm way behind the suspect. In other words, the further your elbow goes behind your shoulder, the more the humeral head goes forward, the more likely you get pain in the front of the shoulder.

So impingement of the AC joint isn't the only concern. Excessive anterior glide of the humeral head can also cause pain.

This is one reason people feel better bench pressing with their elbows in, rather than out. Or, if the elbows are out, why a person will feel better with a floor press than a regular press. With the floor, the elbows can't go as far back.

Impingement is a concern too though. As the arms get to about 90 degrees of abduction is when the shoulder blades kick in with upward rotation:

Made from this video.

However, during a dip, we are doing the opposite of what happens when we raise our arms. When we abduct to 90 and past 90, we protract and upwardly rotate the scapula. During a dip, we're abducting the humerus, yet retracting (and possibly) downwardly rotating the shoulder blades. (For instance, someone who has focus on "shoulders down and back.") 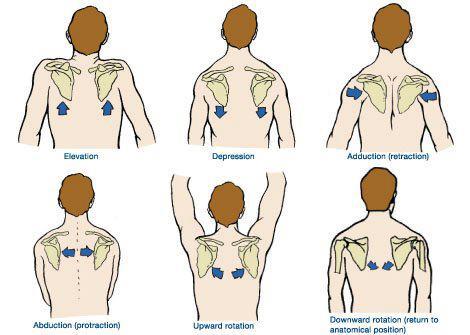 Found in Issues with foam rolling. Unsure of original source.

If you don't upwardly rotate the scapula, then the humeral head is more likely to jam into the structures above it (impingement.) Just try to move your arms overhead without moving your shoulder blades. It won't feel great.

Furthermore, this is more of an individual concern opposed to general anatomy talk, excessive superior glide is more likely when the humeri are at 90 degrees abduction. Notice this person's humeral head gliding upwards. Red is where it is, gray is what we'd prefer: 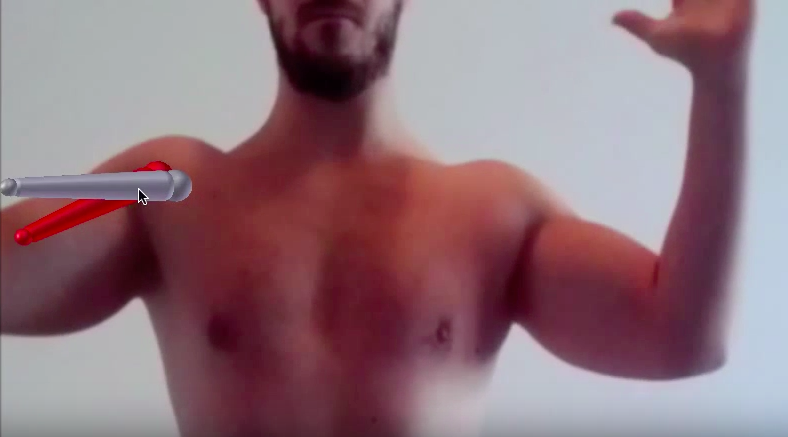 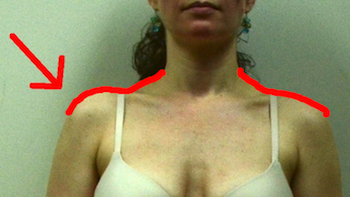 Credit: Example of a postural evaluation.

But during abduction and it's more likely, and more likely to cause pain. (People don't typically have pain just holding their arms at their side.)

-> Why would someone have superior glide? Maybe they lean on their elbow a lot: 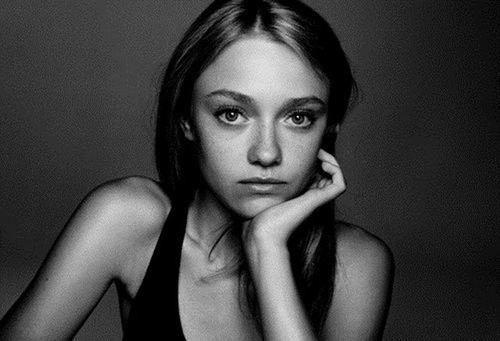 First and foremost ,You should properly recheck your form(Like always keep shoulders depressed throughout the exercise).I think popular youtube channels like AthleanX(He is a physical therapist ) have videos about that. If pain still persist substitute Dips with Close grip bench press (Close grip pushups if you dont have access to gym )

Last but not the least consulting a doctor would be the most ideal decision .

Not the answer you're looking for? Browse other questions tagged bodyweight-exercises shoulders mobility dips trapezius or ask your own question.

8
How do I do dips without rotator cuff pain

8
How do I do dips without rotator cuff pain
4
Should I be doing dips or push ups?
2
Alternative to dips when no suitable "equipment" available to do dips?
2
Shoulder pain after training - How to continue?
4
Feeling my chest being built during dips?
2
How to properly do dips?
0
Shoulder mobility exercises cause pain
5
Scaling Bodyweight Dips