The following is one experiment I have done:

Bench press to exercise my chest.

50KG, 8~10 reps, 10 sets. During the next two days, my chest muscle did not feel as painful and sore as I had anticipated. And it took very short time to fully recover.

20KG, 100 reps, 1 set. During the next two days, I could feel that chest muscle was exploding, very sore. Every muscle was growing.

Why's that?
Which should be considered more effective?

Delayed onset muscle soreness (DOMS) is what what we usually mean when we talk about soreness. Let me explain some basics before going to the bench press example.

DOMS is caused in general by damaging the muscle especially when lengthening it at the eccentric part of the motion (ACSM, 2011) (Wikipedia, 2017). According to the wikipedia article I cited, concentric exercise is shown to have no effect on DOMS while isometric causes much less soreness.

However, you should not necessarily be sore in order for your muscles to grow.

Grug Nuckols has shared a nice table summarizing results of research on the effects of rep ranges on strength, hypertrophy and endurance. 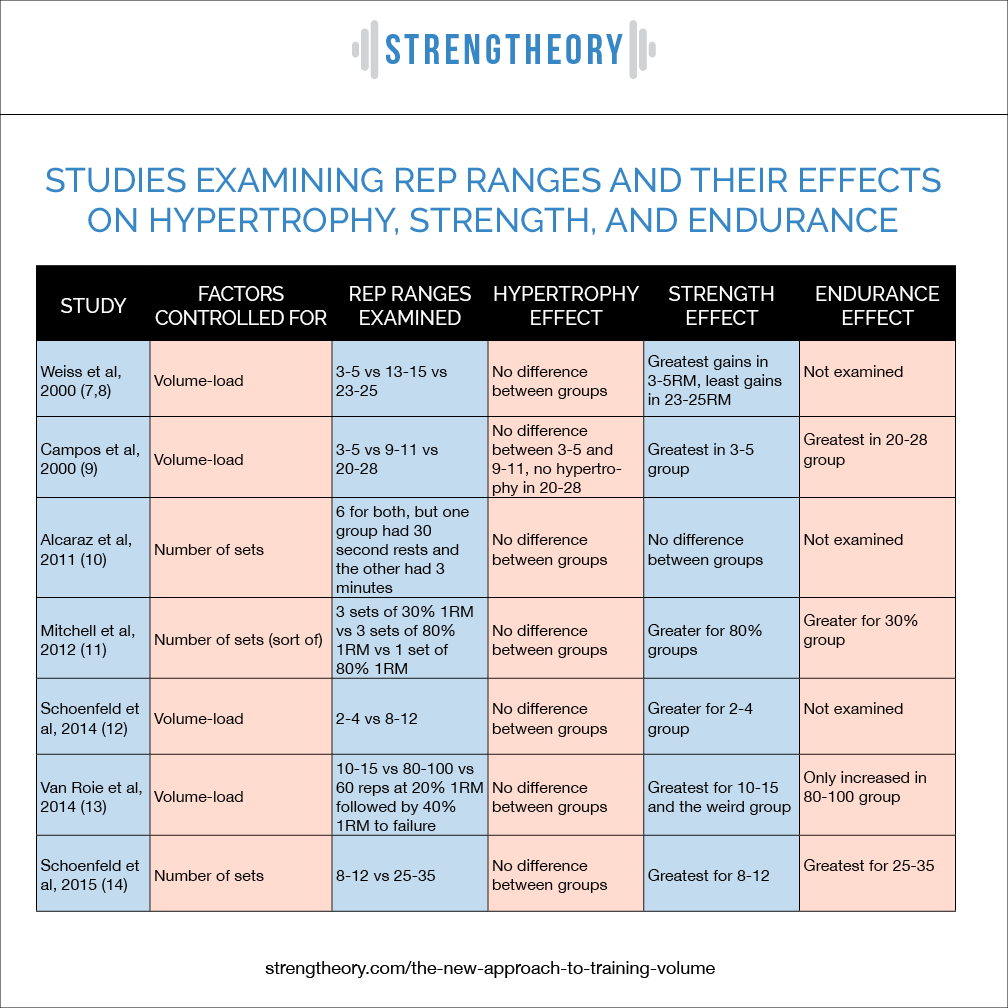 By looking at the table you can see that the studies that controlled the volume of the weight lifted have one common thing. There was no difference in the hypertrophy effect. One of the studies however, reported no hypertrophy for reps in the range 20-28. Also, the study that reported hypertrophy results for as high as 100 reps with constant volume was about older untrained adults and thereby the results might be different for younger people.

It is apparent that volume plays a significant role in how much muscle you gain, where volume is the number of weight you lift by the number of reps you do.

Nonetheless, there is not as much material for the effect of a rep count as high as 100 reps on hypertrophy. Based on these findings one can be more confident of doing reps up to 13-15 instead of 100 with the same volume. It is also more safe to avoid injuries not doing 100 reps since you can remain focused on your technique.

In your example however, in the first case you did lifted in total around 10x9x50=4500kg. In your second example you lifted 1x100x20=2000kg. Based on the research findings above it is obvious that volume is more important than rep ranges except maybe for the case of very high rep ranges. Thereby, I suggest the first example is more effective in terms of hypertrophy.

Not the answer you're looking for? Browse other questions tagged muscle weights bench-press chest or ask your own question.

20
Is bench press with dumbbells less effective?
1
How to train pectorals with shoulder injury?
5
Target the same muscles twice in a day?
2
I feel no burn from the bench press
5
I have atrophied pectorals. How should I train them ? Pictures
1
Should I rest in between my workouts
1
Body building is sore, slow, and needs rest, but the heart doesn't. Why?
3
Will reducing rest between sets make push ups better for hypertrophy?