Can bone thickness be increase through exercise in adulthood?

-" Moderate training will help build your bones; however, the greater the loads you lift, the bigger your bones will become." (https://www.livestrong.com/article/486880-bodybuilding-bone-size/)

-"Regular resistance-training exercises do have the potential to increase bone width, according to the BBC." (https://healthyliving.azcentral.com/bones-bigger-working-out-1980.html)

-"Bone’s response to these forces varies along its length. Near the joints, bones get bigger and more dense, whereas bone shafts tend to get bigger and thicker with little change in bone density." (https://www.sciencealert.com/here-s-what-exercise-does-to-your-bones)

Yes. Let's consider adulthood to be 18 years old. Notice the hip range of motion in basketball players as they age:

What we're seeing here is players lose internal rotation range of motion at the hip much more than controls. At least into early adulthood / ~early 20s. (Granted, early twenties, much less 18 years old, does not guarantee complete growth plate closure, but off the top of my head this is the best way to look at this topic.)

The reason for this is they're acquiring more bone at the top-front of the hip. The bone is thickening, in the yellow quadrant: 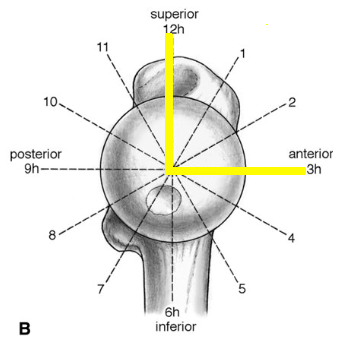 That's because this area is getting loaded during running and jumping / landing. The pelvis and the top of the femur bang on one another with the hip a bit flexed. That is, that quadrant rotates some when we say, land with our legs somewhat bent:

Because the femoral neck gets bigger, it doesn't have as much room to bend or twist before it hits the acetabulum: 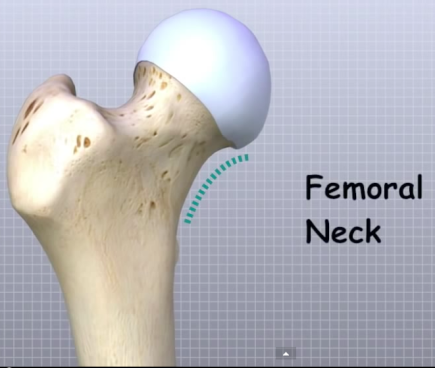 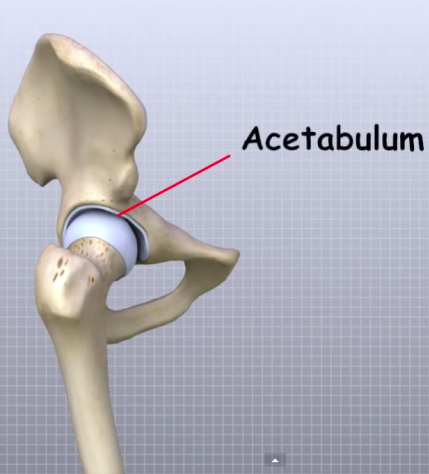 Note "Cam." This is a type of impingement at the hip. 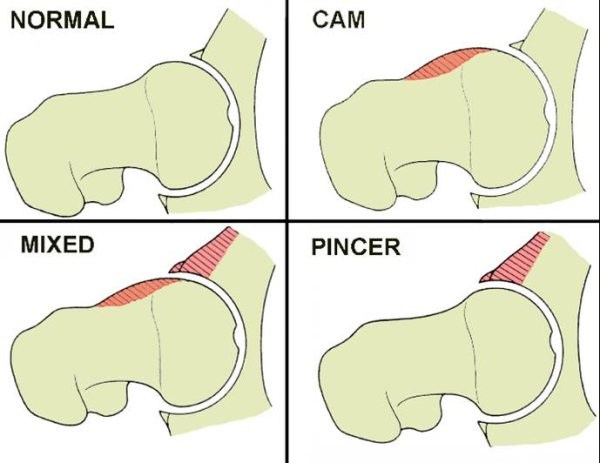 This is the idea behind surgeries such as

In the above, you tend to have some bony overgrowth, making it more likely two bones pinch -"impinge"- the structures between them. Thought process being shave the bone down, lessen the odds of impingement.

Precisely differentiating between genetic overgrowth or acquired has not been adequately done yet, and is not easy to do.

-Hip impingement surgeries have been on the rise.

-Are we better at diagnosis

-found another way to make money

-is it because adults are loading their hips in flexion more i.e. sitting more than ever?

Hard to parse out.

It's an area ripe for research, however, we'll likely find what we seem to always find with the nature vs nurture debate- both matter.

A caveat though is how much nature or nurture matters can vary with lifespan. What happens early in life can leave an impression tough to overcome.

Notice how after having a fibula harvested, the tibia can grow to be the size of the tibia + the original fibula. Right side of person was harvested: 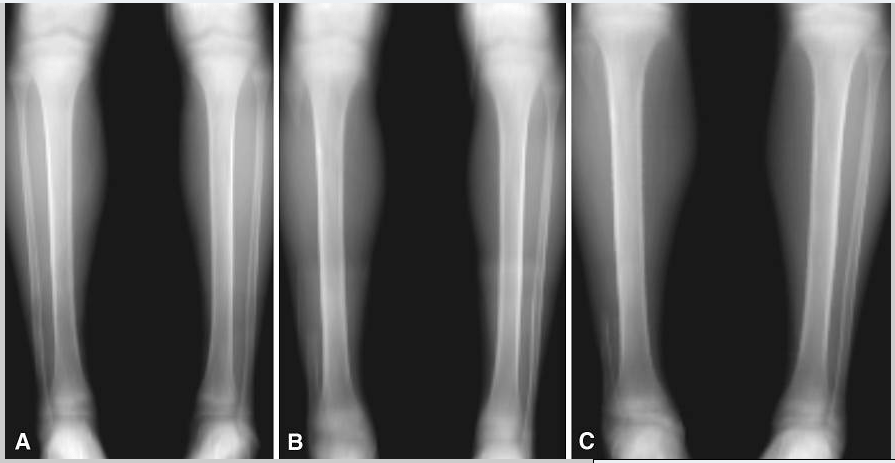 From: Tibia Adaptation after Fibula Harvesting: An in Vivo Quantitative Study.

I know the question was about adulthood and this study is on kids, but I want to bring it up because that change took 3.5 years. Yet kids' bones heal about twice as quickly as adults.

So, to make a noteworthy bone thickness change in adulthood and you're looking at what is likely to be a significant amount of time. Easily years. That's a lot of consistent weight training. (It's not a surprise many with impingement issues have been doing a certain activity for years.)

Even then, I doubt anybody knows an adult who e.g. had small wrists, then some years later could see the person's wrists were obviously bigger. I certainly haven't seen that with any of my clients. Where you start matters. Everybody can get faster or stronger, right? But you can't turn a donkey into a thoroughbred.

The only exception to this I know of are acute injuries. Even in adulthood, after say, dislocating a finger, you can get some serious bony growth. Right side has been dislocated while left has not: 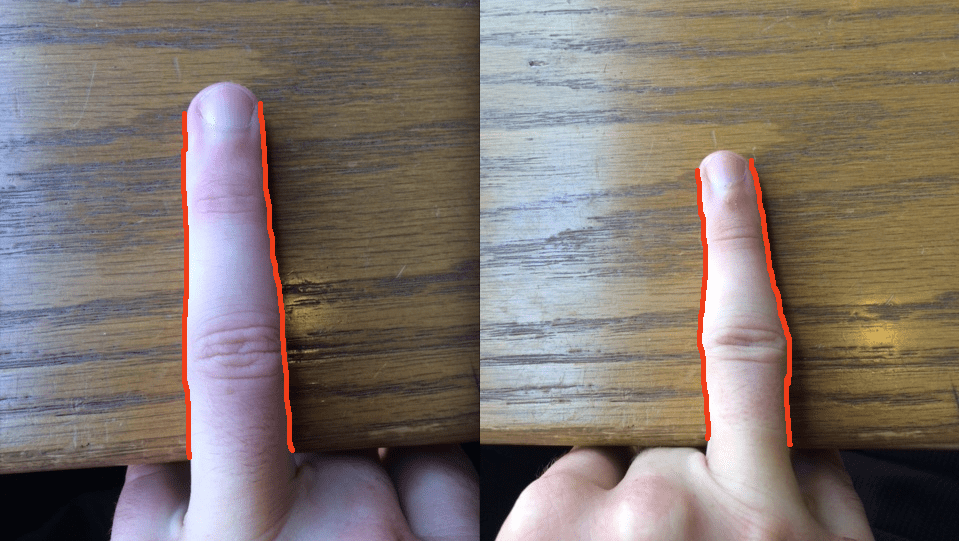 It's unlikely that kind of reaction can occur from exercise. At least on any desired timescale.

Finally, I always mention with this type of stuff, when you gain something, you lose something. While you might be enticed by thicker bones, many are looking for thinner. A powerlifter loves thick bones. Someone interesting in running does not. Often what one considers to be a structural defect can be repacked into a structural advantage. Those basketball players, as their hips thicken, yes, they have less mobility, but they're also less likely to break a hip

More details on the hip-

Not the answer you're looking for? Browse other questions tagged bodybuilding growth bones or ask your own question.

3
Improve diet to improve bone/joint structure?
4
Implications of the fact that resistance bands doesn't provide constant force for pull throughs and in general
4
Is there any point to these kinds of exercises to employ bone remodelling and Wolff's Law?
12
How can I increase bicep width?
2
Glutamine to increase muscle mass through better recovery
2
Unable to maintain same reps through all the sets of an exercise
2
how to increase my shoulder width ? is it possible?
1
Can Deadlifts be used as a supplement to increase squats PR?
1
Is it normal, after 3 years of weight training, to find the 28kg dumbbells heavier than 16kg when I grab them on the rack?