How to create the small triangle on chest

I want to create the small triangle on my chest.It is between the two pecs.In the image the two black marks i mesn.Thank you a lot 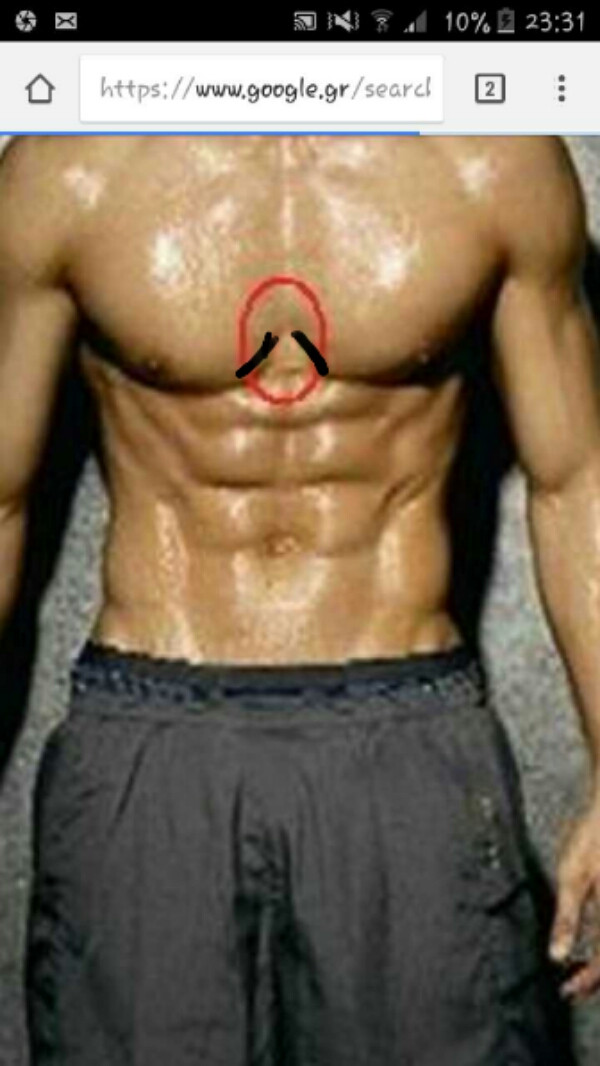 This is purely genetics. The only thing you can do is develop your chest to make it show more, but you cannot change the shape itself.

While genetics does play a part in how your muscles develop, it is not the only factor. You may not achieve the exact features you're looking for, but, there's nothing stopping you from building a better looking chest. The first thing to remember is never let anyone tell you you can't improve a particular body part. You'll never know unless you try.

As a former competitive body builder, I often looked for exercises that would add that finishing touch to my chest before competition. More often than not, this would mean adding isolation movements to my competition routine. This often meant using the pec deck, or, doing dumbbell flyes. In fact, a 2012 study funded by the American Council on Exercise found that the peck deck was nearly as effective as the bench press in activating the pectoralis major, one of the major muscle groups in the chest and in the picture you show.

So, while you may not achieve the exact look of that picture, there are a myriad of effective exercises to get you closer to achieving your goal.

I agree with MJB, you can do the exact exercises as the the guy in the picture, but depending on your genetics, you might never have that shaped chest, you might not even have a flat chest, it might be bulky and round because that is your body compesision.

+1 for me - this is purely genetics. Shape of muscle, how it it attached, is "defined" by your genetics. You can train to have bigger pecs, or go down with fat. That way you can make things like that visible, but shape - that is out of control. Go to google type 'pectoralis body building' and see how many different shapes are there. All that chest are great, yet different.

Not the answer you're looking for? Browse other questions tagged workout chest or ask your own question.

0
Stubborn Chest Fat/One side of chest length longer
3
Big chest and lats with simple bodyweight routine?
0
Chest workout to decrease muscular chest pain
2
Bulking up a (relatively) small chest
2
Are stretch marks normal?
1
Home- chest workouts-gym bar only in floor
3
How to deal with a person that consistently misuses the squat rack?
2
Small home equipment for chest
1
How to target the upper middle / inner part of the chest?
0
Define lower chest ( dumbells of 5 kg -after 10kg and goes on ) - Home