Best home workout that targets the pectoralis minor or the lower chest?

I have a good amount of upper chest but lack lower chest, giving my chest a somewhat breast-like appearance. I've gone online to figure out which home exercises I could do that targets mainly the lower chest and all I could get is incline pushup. But the thing with that is, it's too easy. Isn't there a harder form of exercise that targets my lower chest so that I can efficiently cause progressive overload OR do I just need to do as many incline pushups as I can handle, increasing it gradually?

Anatomically speaking you can't isolate a muscle into parts but the Pectoralis Major is split into two heads which makes it easier. 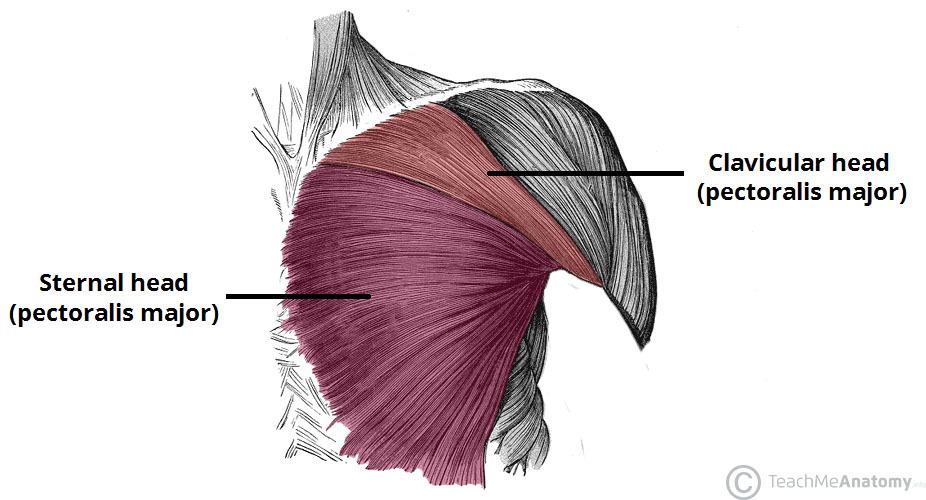 Common myth is that the more you press in an incline the more upper Pectoralis you use, which is quite the opposite since the upper/clavicular Pectoralis is almost horizontal and not vertical.

This study shows that Unlike popular belief, vertical movements don't work the upper chest more, due to it's position the muscle is always active. Going from decline/flat to incline only reduces triceps activity while increasing biceps activity. 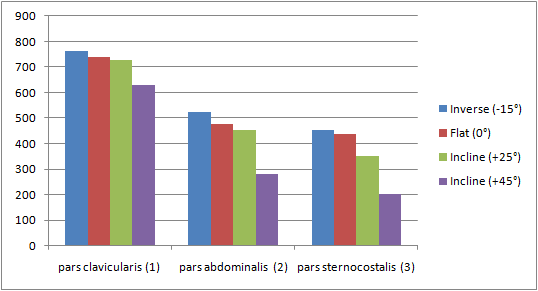 From this chart things like dips or inverted bench press are best for upper chest development but also best for "lower chest" too.

If you do Dips I suggest sticking with bodyweight only for safety and to progress just add more repetition every time you train.

Not the answer you're looking for? Browse other questions tagged muscle-gain chest home-exercise or ask your own question.

4
What is the best exercise to increase the size of my chest muscles?
3
Good exercises for lower pecs without weights
1
Everytime I workout my chest my shoulder do all the work
7
What's the best way to begin cutting down to lower (and even single) body fat percentages for an active, healthy father with a standard work schedule?
2
Equipment for lower chest at home
0
Define lower chest ( dumbells of 5 kg -after 10kg and goes on ) - Home