What is the proper way to grip a bar for heavy deadlifts?

Should the weight of the bar fall on the palm of the hands or on the fingers?

The hand should be wrapped around the bar as much as possible, but the wrist would be straight down. I guess that would mean the bar would fall on the palm right under the knuckle of the hand.

However, a common issue, especially as the weight gets heavier, is the bar will roll away from the palm. There are a couple strategies people use to mitigate this: 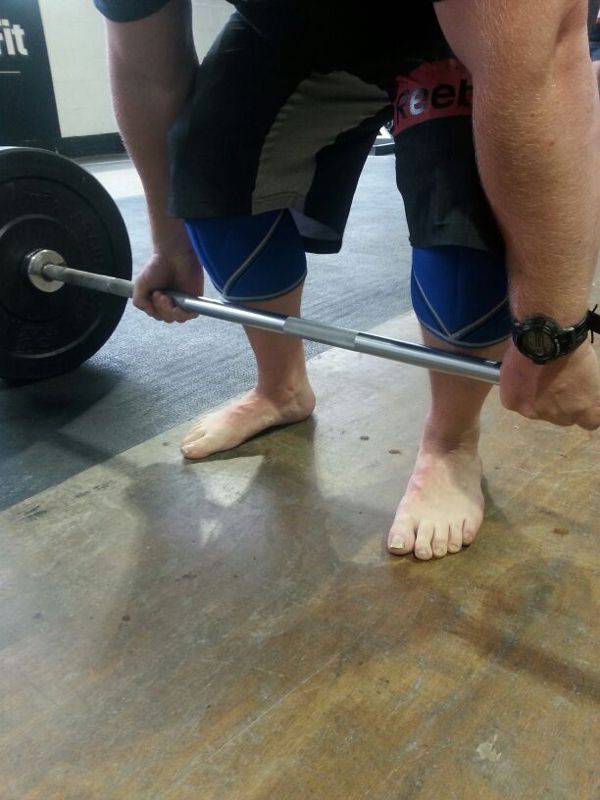 You hold the bar as you would with overhand grip, but one hand is facing forward. The rolling is offset so the bar is easier to hold.

One major downside to this method is it can cause a massive imbalance over time. You have to switch which hand is facing forward in order to prevent this imbalance.

Another issue is there is an increased risk of bicep tear in the arm that's facing forward.

Downsides aside, it is probably the most used technique. 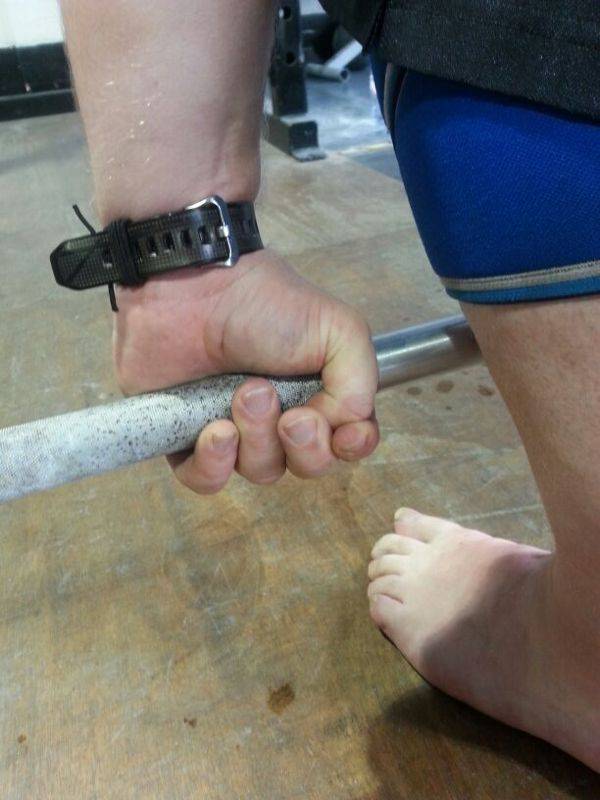 This method of grip is where you put your thumb under the fingers. It creates an extremely strong hold. It also does not come with the downsides of the mixed grip.

However, it hurts a lot the first few times you do it. There's no real way to get around that. After the initial hazing phase though, you won't even notice.

Given the options, I would recommend learning hook grip. The sooner you get used to it, the better off.

Photos courtesy of (stolen from) breakingmuscle.com.

DeeV's answer didn't give the third option: using weightlifting straps. With straps, you use a double overhand grip and the straps keep the bar touching the palms of your hands.

I used to do heavy deadlifts with a mixed grip. But all this did was tear up the skin on my hands so that I wasn't able to do as much volume with exercises that actually do build grip strength like farmer's walks, weighted pullups, or heavy rows. Now I start out my deadlifts with double overhand grip. Double overhand grip on deadlift actually does build grip strength (unlike mixed or hook grip). For my heavier sets, I always use straps. This saves the skin on my hands and thumbs so that I can do a higher volume of pullups and rows.

Not the answer you're looking for? Browse other questions tagged deadlifts grip or ask your own question.

3
When to use Weightlifting Protection & Supports?

10
What is the primary difference between mixed grip and overhand grip for deadlifts?
7
What is the optimal height of the bar off the ground for dead lifts?
2
Do different paddle grips have an effect on performance?
4
How can I improve my grip on a slippery chin-up bar?
5
How to overcome grip strength as sticking point for deadlifts?
4
In double overhand grip for the deadlift, do the fingertips touch the palm?
2
Is it necessary to alternate the mixed grip for deadlifts?
3
How to grip the dumbbell in french press, so I apply even force in both hands?
0
Is it my grip or is it the bar?
1
I removed the hand gripper's soft foam grip. Is this dangerous?