What are the name of this workouts?

I saw these workouts from Bruce Lee and Muhammad Ali pictures: 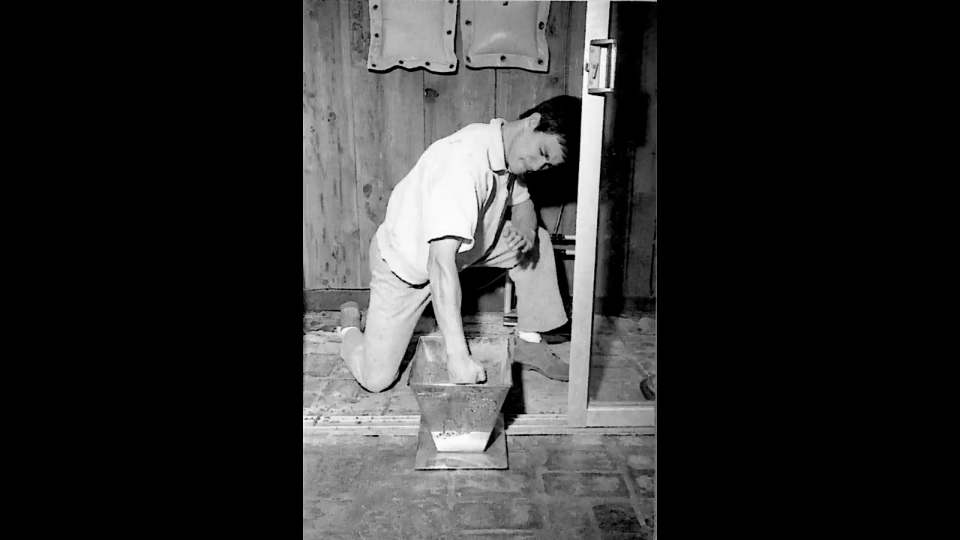 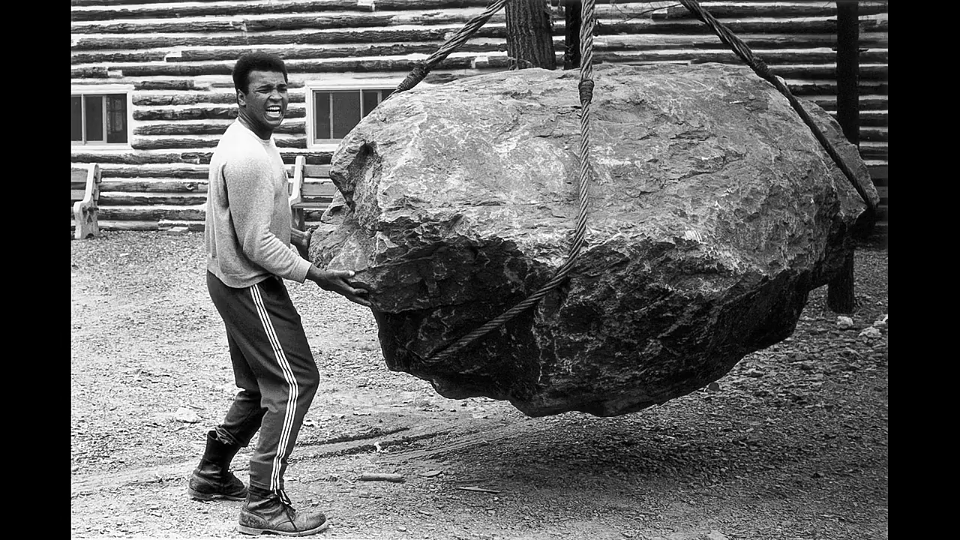 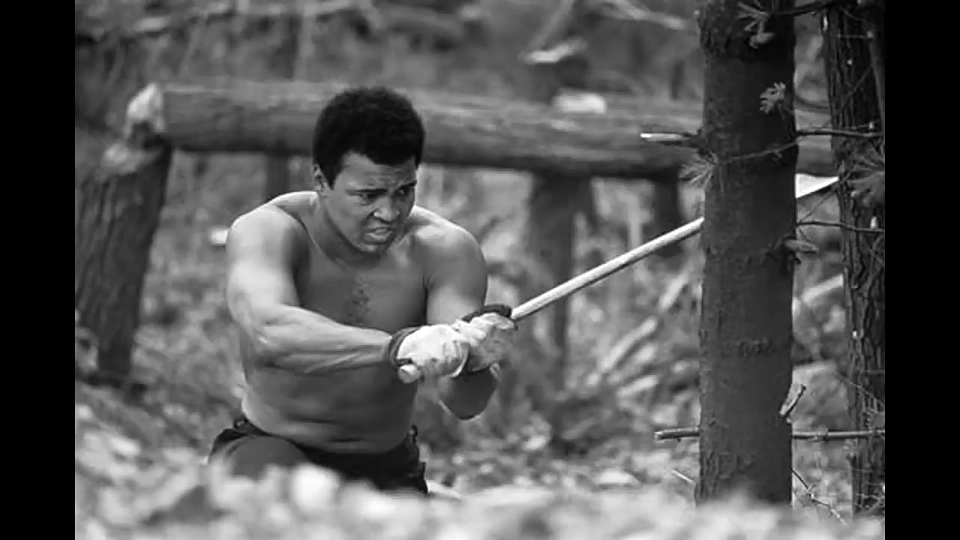 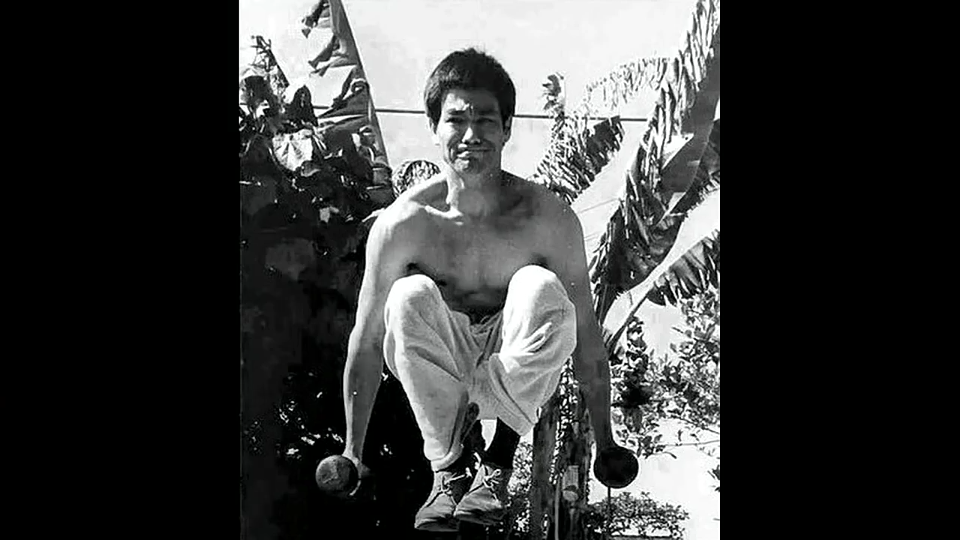 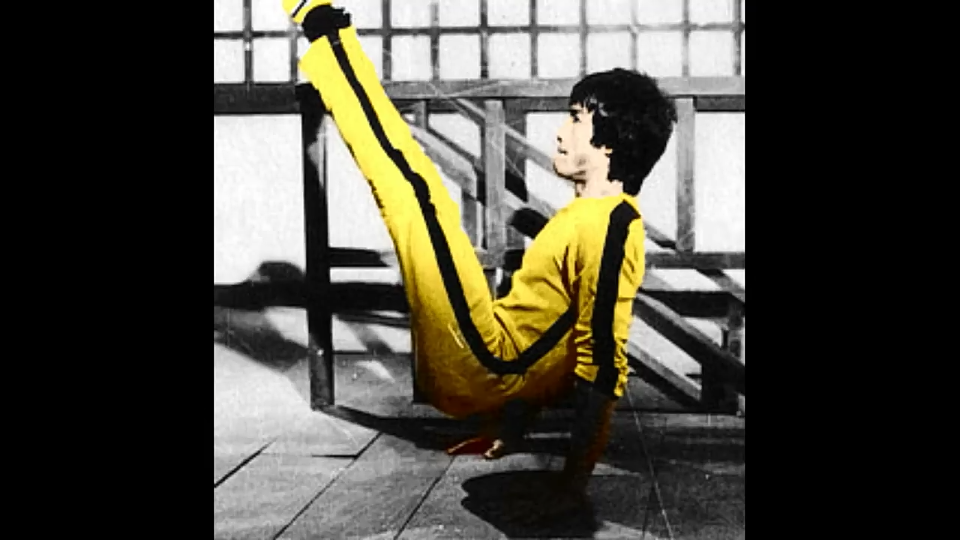 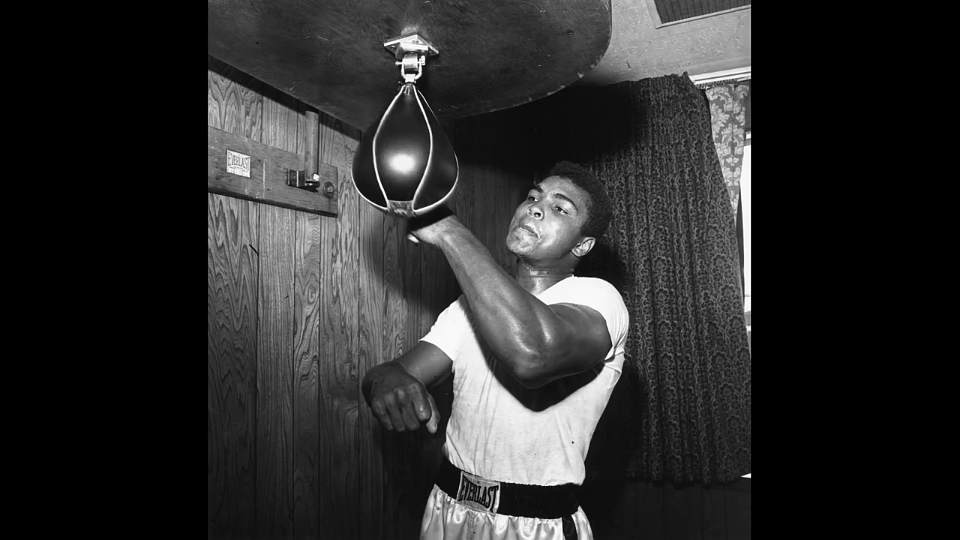 Please tell me the name of this all workouts! Thank you in advance!

1) Looks a lot like iron palm training found in kung fu. Sand is heated up and the person punches/palm strikes the sand to condition the hand and give a better beating. Bruce Lee's knuckles were massive from the conditioning he did, this helped with that.

2) Not sure, but probably some form of isometric training for a compound push exercise. This Pinterest caption suggests that Ali was indeed pushing on the boulder while training for a rematch fight with Ken Norton.

3) Chopping at a tree with an axe may provide some kind of a workout. We learned in Rocky IV that farm work can be used for exercise though I doubt the efficacy.

4) Reverse image search didn't really bring anything up either. Though this looks like some form of calisthenics. Back in my tai chi chuan days I did a lot of exercises where I just hold a position (usually a squat or stand on a block while arms stretched out and holding weights) for 5-10 minutes. The idea is to discipline and control the body.

5) This is called a "V-sit" or a "L-sit" and here's a tutorial I found on YouTube (I did not watch this as I am at work). It's also known as Jackknife Sit-ups and Pike Crunches. In short, it's an ab workout.

6) And finally, as JohnP stated, is speed bag training. It's common in boxing, and if I understand it correctly it's more about getting your fists to move fast (and rhythmically even) than about hitting with power. This provides a good complement to hitting hard because what is the point of being able to punch hard enough to break bricks if you are too slow to hit your target (and likewise, what good is it to hit your opponent 100% of the time if your hits can't break rice paper)?

Number one is the Slam Your Fist into Sand Workout or SYFSW.

Not the answer you're looking for? Browse other questions tagged workout or ask your own question.

3
What are workouts that I can do at home instead of walking outside?
4
Will doing this workout make me ripped?
1
Wondering about workout “rythm”
1
Are stretch marks normal?
1
Exercises for this muscle
0
Correct way to start Meditation and Fitness Exercise
3
Is this the correct way to do full body workouts?