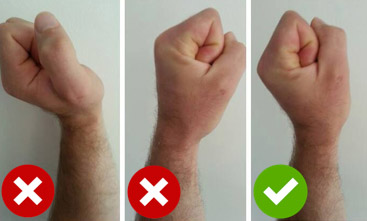 15
My wrists and fore-arms hurt, what should I do?
2
Why do my forearms and the tops of my hands hurt?
7
How to strengthen *very gently* your grip in order to safely perform chin-ups? Are wrist wraps good?
5
Substitute powerlifting exercises for healing wrist injury
1
Preventing weird wrist pain
2
How can I avoid hurting my wrists when using the bar while playing DDR?
5
Prevent wrist pain
2
Are wrist wraps at cross purposes with incline DB curls?
3
Is the hook grip as effective as the bulldog grip in press/jerk movements?