Going on your toes when doing landmine squats or thrusters

When doing landmine squats or thrusters people often advise to lift the heels off the ground (sometimes called lineman squat). Like here or here 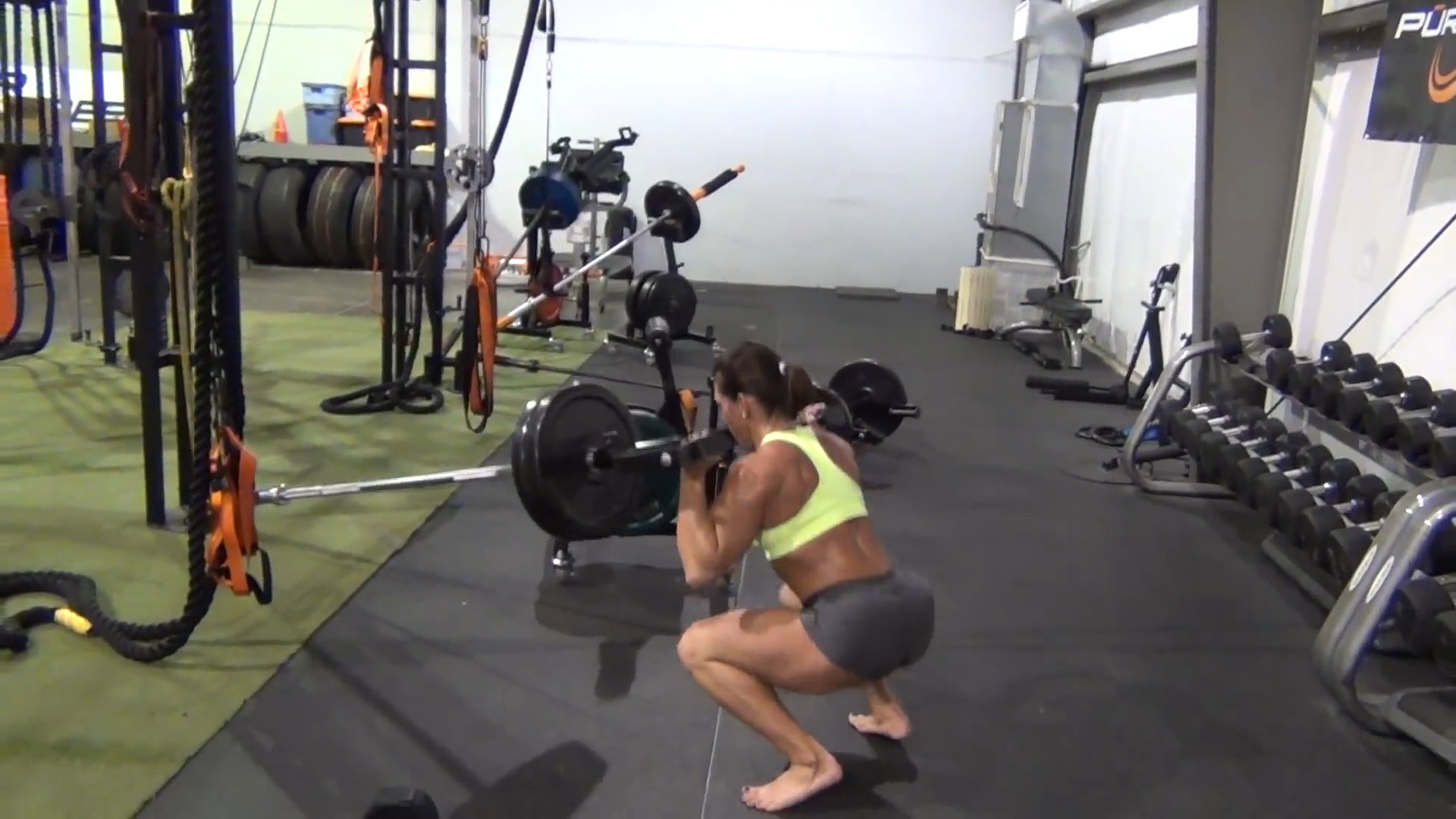 Now it is often said that doing squats and thrusters with a landmine machine like this is much safer and joint friendly than the traditional versions.

However, I am wondering how having heels (naturally) lift off the ground impacts the knee joint.

Is there a reason why lifting the heels off the ground does bring the knee joint or parts of it in a bad position or is bad for the knee for other reasons (compared with traditional squats)? Are there any knee sheering and compression force measurements available with that position? Any study about injury rates with this exercise in particular regarding the knee joint.

As one commentator mentioned above, landmine squats are similar to, but distinct from lineman squats—the key difference being the degree of the forward angle of drive. Lineman squats are a variation intended primarily for functional, sport-specific strength, power, and agility. This is the primary reason for the aggressive forward body angle and heel-lift. Landmine squats, by contrast, are a variation intended to circumnavigate the (considerable) mobility requirements of a regular back squat. This is achieved by bringing the load forward of the body's centre of mass, hence permitting shallower joint angles at the ankle, knee, and hip. The slight forward shift of the load is more a by-product than a design feature of the exercise. So despite their ostensible similarities, these two variations should be understood to be very different lifts.

The claims made for the safety and ‘joint-friendliness’ of the machine relate specifically to the perceived benefits of the landmine squat, as explained above. And following standard technique protocol, the those benefits do not transfer to the lineman variation.

The heel lift is a standard feature of the lineman squat, intended to develop agility and reactive power. And whilst there is no reason that it cannot be incorporated into the landmine squat, it does not meaningfully alter the mechanics of exercise—that is, it does not affect the angles of the knee or hip. And to be clear, the purported benefits of the landmine machine are not related to heel lift.

More generally though, there is a relationship between the angle of the ankle and knee stability, but it actually favours a heel-down position. In a normal squat, the multi-joint gastrocnemius contracts isometrically, the degree to which is dependent upon physical geometry and the choice of technique (deep, parallel, hip-back, ...) Ankle dorsi flexion, which tends to stretch the muscle, is counterbalanced by knee flexion, which tends to provide slack. Thus, tension is maintained relatively constant. However, if the ankle is lifted, the gastrocnemius approaches a state of active insufficiency as the squat progresses, transferring all of the ankle loads onto the single-joint soleus muscle, and importantly, removing the tension from the lateral and medial condyles of the femur. The strength and stability of the knee is thereby reduced.

Not the answer you're looking for? Browse other questions tagged squats biomechanics or ask your own question.

10
Joint impact of ATG Squats
7
strengthing and improving flexibility in heels
25
Persistent mild knee pain due to squats - push through or stop?
27
How do I squat if I can't keep my heels on the floor?
4
Is there anything wrong with doing one-legged bodyweight squats in this way and what can I improve?
0
Do squats make your butt hard
2
Split squats, knees over toes?
2
Squat form check: How to fix inconsistency in hitting depth and inconsistent torso angle?
1
Squat form check (no. 2)