I can't learn to do splits for almost three years. Can it be due to anatomical limitations?

I've been stretching since summer 2017 (probably, June, I don't recall exactly). My daily stretching takes approximately 20 minutes. Basically, I do the same set of exercises all this time (more or less). I could tell you in detail what exercises I do, but it would take a lot of words and will probably bore you to death. But they are good exercises (some examples: the Zenkutsu Dachi-like stretch; the butterfly thing; pressing your foot to the opposite shoulder, then behind the head, all while sitting on the floor; an exercise we call "mill", only slightly upgraded; front splits; side splits). I want to speak in a bit more detail about splits exercises. I think I can say I can do a front split with my left leg pointed forward (at least, my left buttock touches the floor). If I try to do a front split with my right leg pointed forward, I fail, it's much worse (I can only press my right knee so that my right calf touches the floor). I want to point out one obvious thing that I never allocated extra time to a left-leg front split (at least, not before my left buttock started to touch the floor). It's an unusual thing. Now, side splits. For most of the time, I did it by putting my soles on the floor — the feet roughly parallel to each other, no bent knees, my hands pressed at the hips — and trying to push my right foot further and further to the right, 60 seconds (at some point, I added gentle rocking up and down). But I noticed that those bones on the inner sides of my ankles, whatever you call them, started to limit any further movement. A few /several weeks ago I changed the way I try to do side splits. Now, I put on socks, stand on my heels, try to point my toes up, and push my right heel further to the right, also 60 seconds. I saw this method (toes and knees pointed up) on numerous stock pictures. The only thing is I can't really point my knees and toes up, it's more like 45 degrees. I don't feel it's anatomically possible for me to contort them that way. My legs are apparently joined to my body slightly differently compared to stock photo models. Is it the underlying problem? Maybe, I can't succeed because I'm flogging a dead horse and this body is simply not capable of side splits, don't you think? I'm a male in the first half of my twenties.

P.S.: I decided to add it just in case. I warn you, I don't really know how to phrase it properly, so the following part may be confusing to you. On more than one occasion, there were some really weird things. One time (in May 2019, to be unnecessarily precise), I got an injury and was unable to perform as well for months. It was strange (I did nothing new, nor did I do it more abruptly), but at least it looked like a normal injury: bang! some pain, and you have an injury, and acute pain won't let you tilt as far as before since. But at least on two occasions, I had no bang-injures and instead had some "creeping" injures. You just find out one day that you can't, say, swing your left leg as high as the previous day because acute pain (not the usual mild bearable pain that you normally have when you stretch) doesn't let you. The next day, it's a tiny bit worse. The next day, it's a tiny bit even worse and so on. It deteriorates for 3-5 days. And then it just stays that way. I'll give you an example. Just about two months ago, I could swing my left leg so that the knee touches my left shoulder. Now, I simply can't do that anymore — exactly because I had that "creeping" injury recently (but I still can do a left-leg front split! isn't this extremely illogical?). What on earth is this? Has anyone else experienced something like what I just described? Is it because I do something wrong? What should I do to fend off those doggone "creeping injuries"? It's just not fair.

1) The main, general question: could my failure to do side splits be due to anatomical restrictions?

2) Is it, indeed, unusual that I can (it seems) do a left-leg side split, but my right-leg side split is a lot worse (keeping in mind that I stretched both sides equally)?

3) Is it unusual that when I try to do side splits, I can't turn my toes and knees up, only at about 45 degrees?

4) [optional] How do you evaluate the exercises I do? Are they, as I believe, good? Do you recommend something on top of that (the list is, however, not exhaustive, I remind)?

Splits are not a "natural" movement, they are obtained either through rare mutations by birth in humans which makes the tissue more flexible than normal.

Or the flexibility to do the split is obtained through pain...lots of pain.

Have you ever put foot into a gymnastics gym? Have you ever heard a little girl screaming and crying in pain because their trainer is pushing her down to force her into a split?

Gymnasts have "safe words" because when you are forced to those things it comes natural to cry and scream like a baby and say "please stop it hurts too much" but that's just a mechanism to release pain and they don't really mean it... So they have safe words.

If you want to train the split, don't waste time traning it alone in your home, a dacade won't be enough. Find a gym and join, let experts do the work.

Also don't try forcing yourself into a split, you might literary break, let a professional do that, its dangerous and it requires someone with years of experience.

You do not train a split alone, unless you want to take half your life to obtain it, some people might be able to achieve it by themselves in a few weeks or a month or two, but they are not normal. 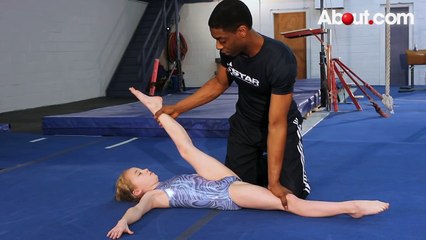 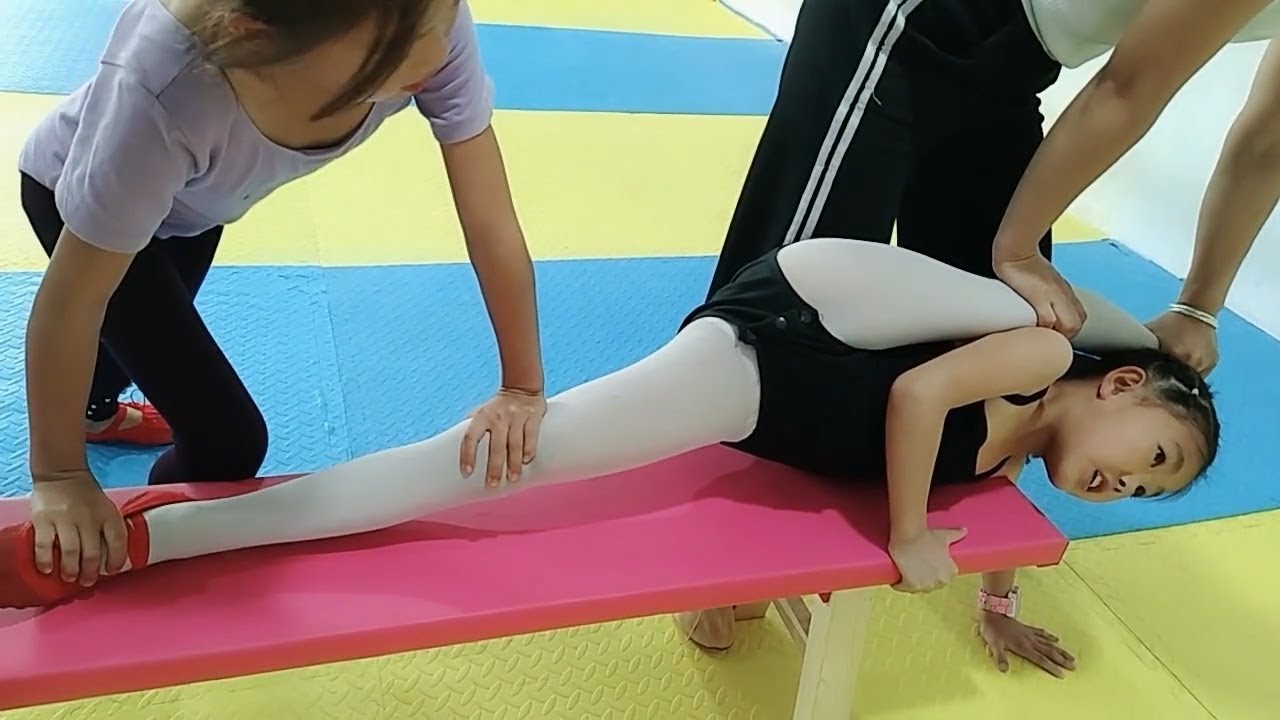 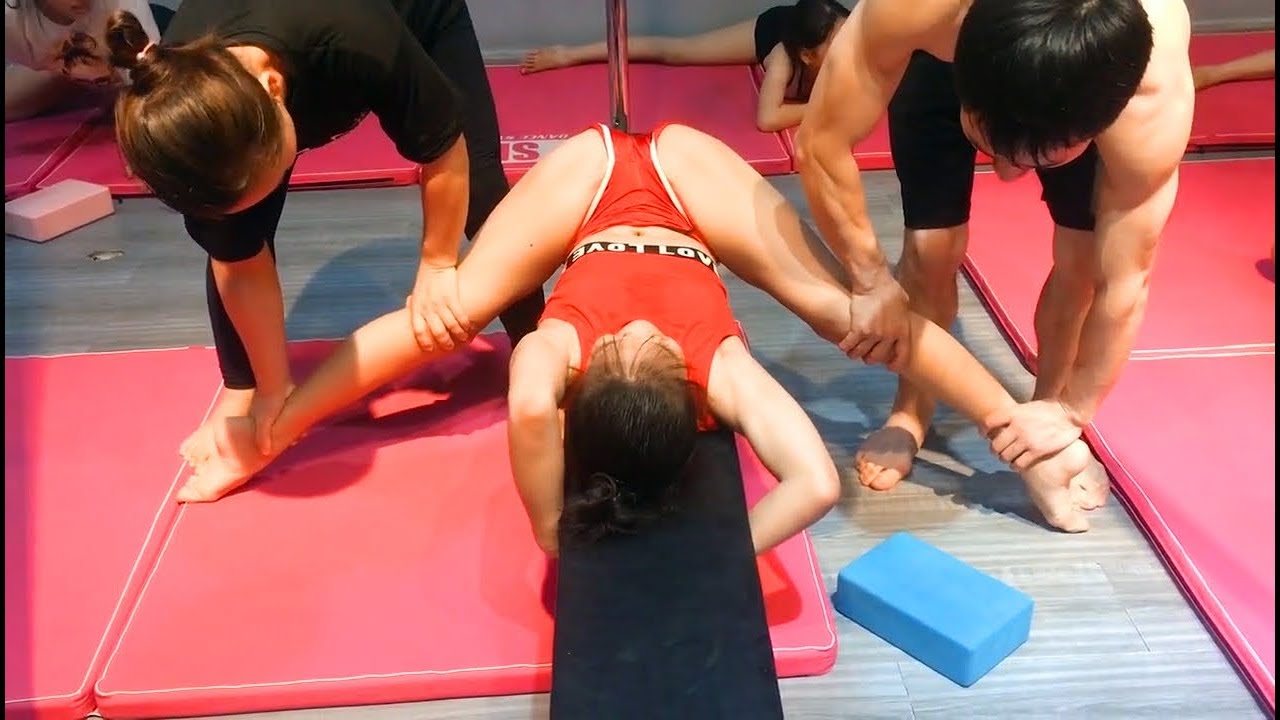 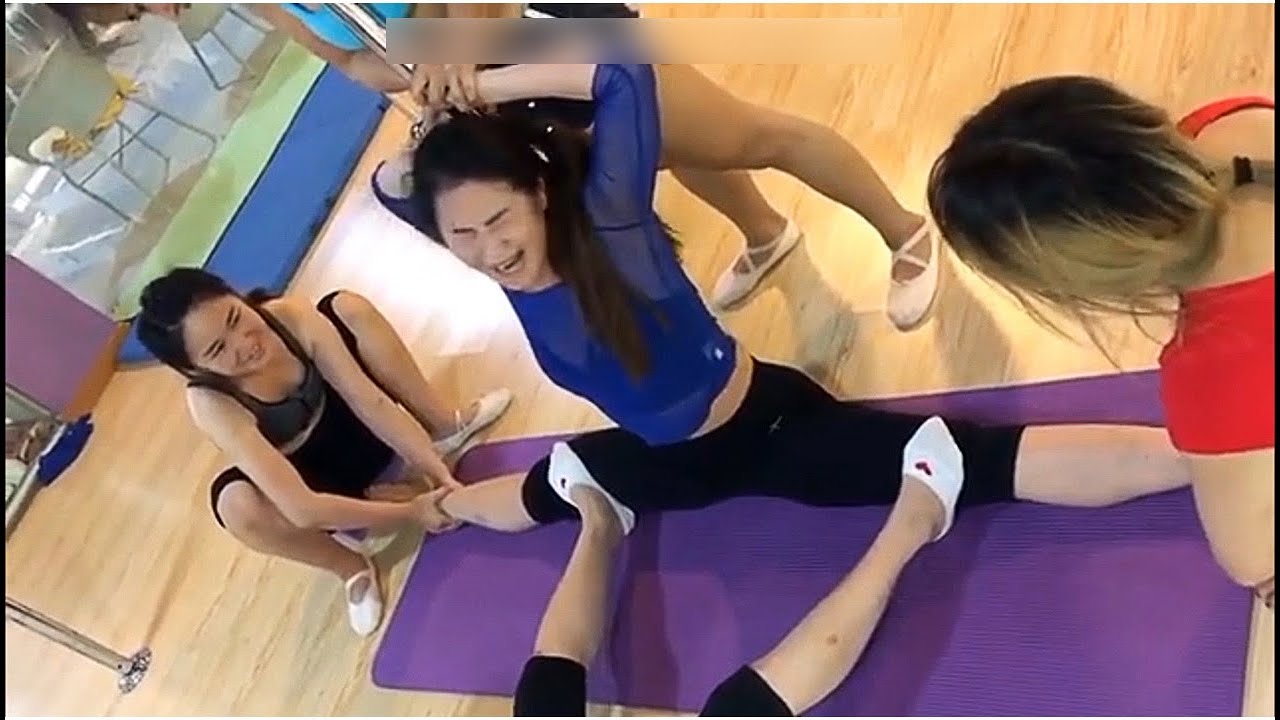 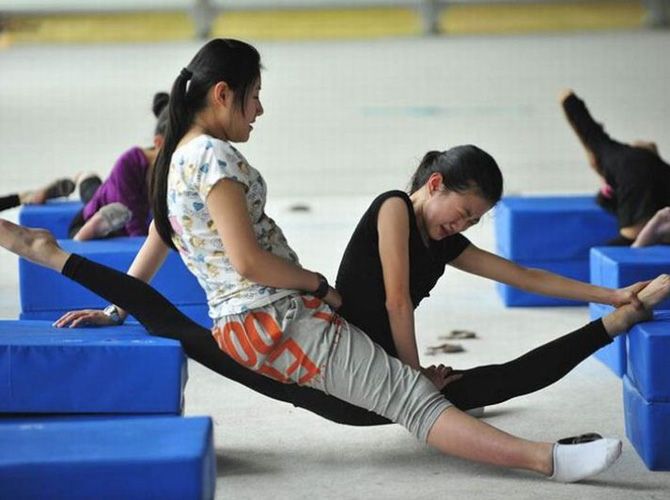 I hope it is now clear that One does not learn the split by themselves, not without being genetically gifted or without investing decades of training.

Human hips are not made for this movement, the split goes against the skeletal structure of primates, that's why it takes a mutation or literal torture to achieve it.

Not the answer you're looking for? Browse other questions tagged stretching injury-prevention or ask your own question.

15
What kind of exercises can I do to strengthen my ankle?
11
Why is my outer hip tight when doing some inner thigh stretches?
10
What is the key to avoid injury when squatting with your body weight?
3
Having difficulty stretching legs on my back with towel
1
Uneven back flexibility?
6
post stretching tightness in posterior leg muscles
0
Gluteus Medius doesn't feel like it is doing the work?
4
I'm 35. is a split achievable?