I remember reading some researches some months ago which suggested that after a certain treshold increasing protein intake does not increase muscle growth and a small amount was more than enough for most athletes.

But if I remember correctly, those studies where comparing high protein diets vs low protein diets when training regimen was EQUAL.

But, given the first premises of building muscle is that your body has sufficient protein to replace the protein lost through urination and sweating after workouts. 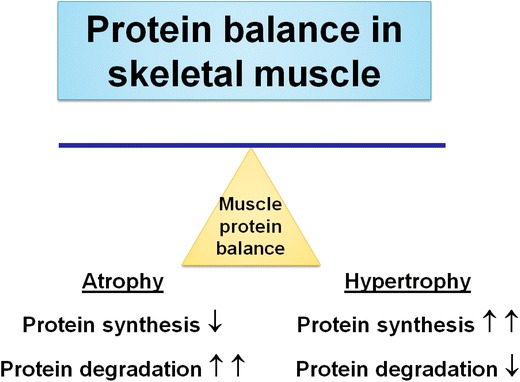 Does it mean that eating more protein than "normal" may increase your ability to sustain longer workouts while avoiding overtraining and thus building more muscle?

Or is eating excessive protein just a stupid way to wreck your kidneys?

Yes, the academic literature supports the notion that greater protein intake facilitates more rapid recovery, and can therefore sustain a greater training workload. And guidelines from all of the major sporting and dietary authorities around the world, which are remarkably consistent, reflect that fact.

Evidence supports an intake of 0.5 to 0.8 grams of protein per kilogram of body mass per day (g/kg/d) for general health, and between 1.2 and 2.0 g/kg/d for athletes, depending upon their discipline, training cycle, and workload. The guidelines can be summarised as follows:

These figures are based upon a great breadth of research, which has demonstrated a general correlation between the physical demands of a discipline and the consequent protein requirement and/or utilisation by the body in response to those demands.

No, no research has yet investigated the limitations of protein utilisation in relation to exercise volume in the manner you describe. This is partly due to the limitations that such a study would impose on experimental design: protein uptake/utilisation/synthesis would be required to be measured in reference to two variables (protein intake and exercise volume) rather than one (just protein intake), thereby making it difficult to draw clear conclusions from the data.

Furthermore, the evidence already suggests a practical limitation to the amount of protein we can utilise. In this study mentioned by another commentator, for example, high protein intake (1.8 g/kg/d) was compared with extremely high protein intake (4.4 g/kg/d) whilst maintaining the same exercise volume. Assuming, fairly, that the athletes in the study trained in accordance with their ability, we would expect that intake for some individuals in the high-protein group would have been sub-optimal, and that we would therefore have seen variation between the two groups. Otherwise, we are necessarily assuming that the athletes trained well beneath their capabilities—so much so that protein intake within normal guidelines was overabundant or optimal.

It should be noted that, due to the legal status of performance-enhancing drugs, it is difficult to study this subject with respect to athletes who use them. Consequently, little is known about how drugs may alter the equation. It is certainly conceivable, given what we know about the action of such substances, that the figures would be significantly higher for those athletes.

And finally, the evidence suggests, with a number of important caveats, that a high protein diet does not damage the kidneys. This is provided that the kidneys are in good health, that protein intake is increased gradually, and that ‘high’ protein falls within the range of definitions given in the research. Most of the existing research has centred around the healthfulness, or otherwise, of the Western diet, so the definitions tend to coincide with observations of the general population. We might reasonably expect that quantities such as those prescribed in the aforementioned research might indeed be deleterious to our health.

I hope that provides some perspective on the topic.

I've read several articles that according to a medical perspective, you really don't need a whole lot, some medical fitness experts recommending different numbers between 100 to 150 grams for a 200 lb person(0.5 to 0.75 grams per lb of bodyweight). The general fitness world seems to be okay with 200 grams for a 200lb person(gram per pound of bodyweight). Carbs play a role too, if you're eating enough carbs they can take on the role of protein. Muscle building aside, 50 grams is bare minimum for health so 75 to 100 is a normal zone. You can also eat more casein if you're drinking protein to just keep levels up, it digests very slowly so its not sent right to your body.

Protein doesn't equate to more muscle growth, rather your muscles only need enough protein to maintain themselves, and a little extra for building muscle if you've caused microtears in your muscle by exercising. So the math to find out the bare minimum number for each individual can be pretty complicated, especially considering that if your other macros play a role too. For instance, during a bulk, carbs can take the place of protein, as glycogen stored in the muscle(energy) maintains muscle as well. So if you're eating enough carbs then you can lower your protein even more. in which case I'd suggest doing the 0.5 to 0.75 range

The only time you really need to go all out on protein is during a cutting routine, because more protein will help prevent muscle loss during a calorie deficit, and assuming you'll have a much lower percentage of carbs in your body to take the place of protein. That being said, again the fitness world seems to be ok with a gram per lb of bodyweight.

I'd also like to point out the math of "grams per lb of bodyweight" is moreso based on athletic individuals with a low body fat percentage. So if your overweight and 200 lbs that doesn't mean you need 200 grams of protein. You can calculate your lean mass and use that as an indicator instead for your protein. Also if you're a first year weightlifter you shouldn't be too concerned until you actually build a base of muscle. It's natural to have a standard of muscle but it's when you exceed the body's natural muscle that you need to shoot your numbers up

Excessive protein is just that, excessive. Eating (protein) can improve workout duration. Curing over-training with a high protein diet seems unlikely. The question of whether you can under-eat (protein + energy + etc.) is a different one.

14
What will happen if I receive major part of my protein needs from powders rather than foods?
3
When should someone with skinny physique buy mass-gain powder?
3
How to gain muscle whilst losing fat
3
Supplements to aid in body recomposition. (Beginner)
2
Diet for losing fats and gaining muscle
1
How do you meet your daily protein goals?
1
How to calculate fat percentage in daily calorie intake from goal body fat percentage?

8
Is it possible to gain muscle with cardio/aerobics?
4
Should I add more protein to my diet to avoid muscle loss?
3
What other changes should I make to my weightraining plan and diet to continue losing belly fat?
1
Libido correlated with muscle-potential?
1
Partial reps for muscle growth
6
Is protein the only intake needed for muscle gain?
6
Is physiology of muscle growth a pseudoscience?
1
Body building is sore, slow, and needs rest, but the heart doesn't. Why?
0
If high volume of work at high frequency stimulates muscle growth, why does computer work cause RSI?