Do some exercises cause injuries? Or is lack of strength the cause of injuries?

When comparing gymnastics leg training to barbell training one assumes that sissy squats cause more injuries. I believe this idea was born from the youtuber Athlean-X, also known as the most famous fitness figure on YouTube ( which I deem to be just a fraudulent salesman but this is off topic) 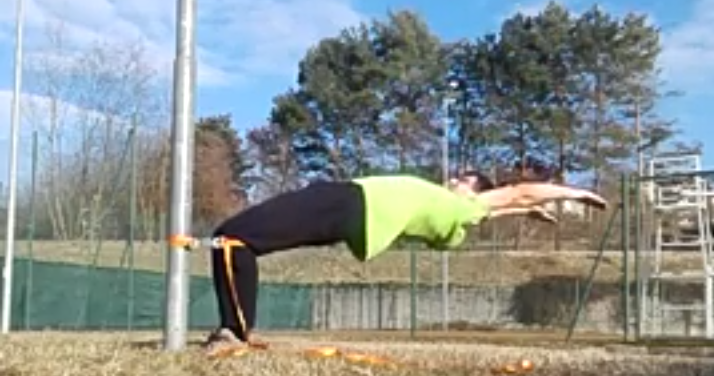 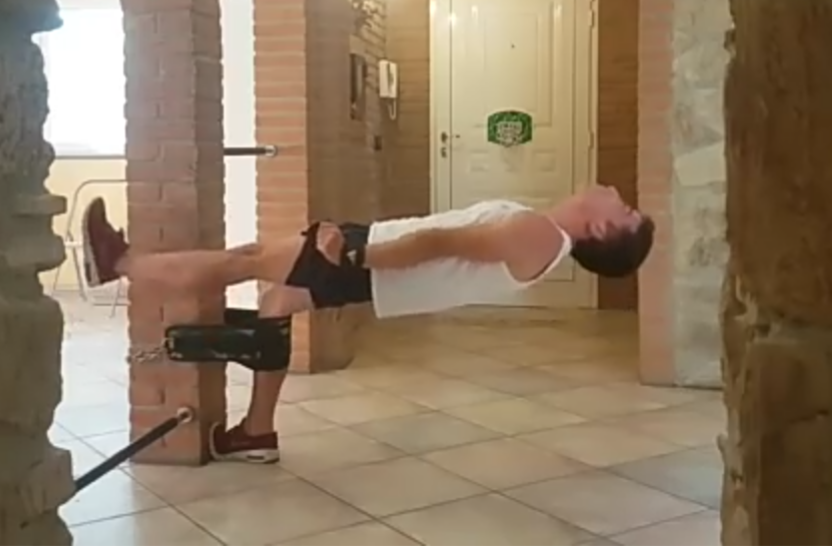 Basically bodyweight training is about discovering movements which are normally deemed physically impossible to perform and becoming stronger than the physical limitation. The reverse planche was once deemed physically impossible, until people started getting strong enough to do them and before that the same thing happened to victorians on cross before. Bodyweight training is always evolving.

It's the same concept of powerlifting, for a skinny untrained individual it is physically impossible to perform a 2.5 times bodyweight squat...it is impossible until the individual develops the force needed to contrast the physical obstacle as proven by both recreational lifters and Olympic athletes.

Now if the things are reversed and the sheer force is no more coming from athletes but from gravity... The same thing is valid. A strong enough sheer force will break an athlete resulting in destroyed limbs or even death in some cases.

We see athletes of all levels getting injuried all the time, beginners and world level champions both get injured.

If my reasoning is correct then no exercise is bad, and no exercise causes injuries but all injuries are only the cause of personal weakness

My question is, are some exercises inherently more injury causing regardless of personal weakness or is weakness the only reason people get injured.

For example athletes don't get injured because they misplaced their wrist or because put the foot in the wrong position, but because they are weaker in those specific positions.

One would assume that it is common sense that a gymnast will get injured from a bench press the same way a powerlifter would get injured by even attempting to perform a Maltese butterfly on rings. Because they are both weak and strong in different positions.

Or to make another example, bending your spine forward to touch your toes is not injury inducing, but add a barbell and suddenly becomes a dangerous exercise...why? The movement is the same, the only factor changing is the weight overload.

So to make the question as on topic as possible.

"Can avoiding some specific exercises and using others decrease my chances of getting injured or is strength the only thing I need to focus to prevent injuries?"

Assuming arthritis or osteoporosis, etc isn't an issue to begin with.. and assuming each exercise is done safety without going too fast, etc..

Generally, core exercises that involve a lot of flexion can cause long-term injury since the spine is not suppose to flex but resist flexion.. although I've never seen anyone with an acute injury doing crunchds, it can help a spine to curve or damage.

All big exercises can cause injury if you're using too much weight whether you're trained or not. Ronnie Coleman, 8 time #1 bodybuilding champion proved this twice, once by doing an 800lb squat for 2 reps(in which he said he could've done more), and a deadlifting exercise which wasn't anything out of the ordinary but he heard his back snap. He now is using walking canes and takes several painkillers a day. Even if I lift 500 lb everyday, the fact that I'm lifting so much will still possibly injure my spine despite my strength or muscle even after years.

Deadlifts can actually help correct issues like curved spines and weaknesses(if you do PT first) as well as squats with knee issues, etc.. so it helps to address weakness first but these are healthy exercise.. again assuming you do them correctly with proper weight.

Bench press and shoulder press are known to cause shoulder issues over time. You can prevent this of course by bringing bar down to lower chest or keeping elbows from dropping below your body and not letting bar touch your chest. Shoulders can still hurt or rotator cuff injuries can occur. Benching too much without a strong back or rotator cuff will expedite this. But I guarantee you if you do more than 2 or 3 pressing movements a weak, eventually you'll get an injury

Overuse injuries occur as well. Even with light weight, sometimes too much can cause joint pain or an injury. Taking a break or deloading every now and then prevents this.

Other than the examples above, I can't think of other exercises that are deemed injury prone if done correctly and with good weight

Keep in mind your bone density growth peaks at 30 . They can remain dense or lessen the ability to lose density by working out but over the age of 30 bones have a hard time becoming stronger(https://www.bones.nih.gov/health-info/bone/osteoporosis/bone-mass)(‎www.medicalnewstoday.com). Joints also don't get stronger. So trained or not, excessive training or weight really takes a toll on joints. Your bones are protected by muscles and can actually improve with exercise, but you can't make your spine stronger is the gist of what I'm saying. It'll cripple under any pressure.

Also fun fact: bending your spine forward to touch your toes, even without weight, is bad for your back. I've known several people to throw out their back simply doing things like picking up a t shirt. Generally, Yes, you won't throw out your back or get kyphosis Everytime you pick something off the floor, but over long term, it will.

7
Is there a biological reason for women to be weaker than men (in the same weight category)?
3
bodyweight leg exercises for strength/hypertrophy
4
Bodyweight strength training
5
The effects of strength training volume on recovery
4
How can I ensure I am working the muscles in each leg equally?
5
Should seated leg press be avoided?
2
Are the basic barbell lifts not enough for the "core"?
3
Squat accessory movements - Does the inclusion of both leg extensions and sissy squats make sense?
2
What are the risks and chances of hanging with loose shoulders?
0
Biceps and Triceps exercises: are both involved?