What's the best exercise to train the biceps?

I was wondering if there has been done a scientific study on what is the best study to work the biceps. I've tried different exercises like barbell rows but I find them hard to grow.

Unfortunately, there can be no "the best" exercise, because any attempt to build your biceps will require you to do a lot of different exercises.

Bicep curls can be varied in so many ways, and there is no single exercise that can cover all of them.

...and more. And on top of all this, you should also include exercises where the biceps need to work in an ensemble of a bunch of different muscle groups. Examples include any pulling and rowing type exercise. Getting your muscles to cooperate with other muscle groups is exactly why we focus so much on compound movements. It builds general athleticism, and stimulates growth.

And again, the key to building biceps (or any other muscle group) is to incorporate a large variety to make sure the muscles get challenged in lots of different ways, and never become complacent.

any exercise which allows for all those things to happen at maximum degree is superior, incline bicep curls damage the biceps more than any other isolation bicep exercise because it puts the bicep in an already stretched position, and stretching alone is good enough to cause muscle trauma and give you doms for days, but without progression stretching alone doesn't build muscle. At least not in humans, in various other animals it was shown that weighted stretching is enough to build muscle.

just to be sure we won't take the risk and actually perform the curling motion by progressively increasing weight, sets and reps over the years. 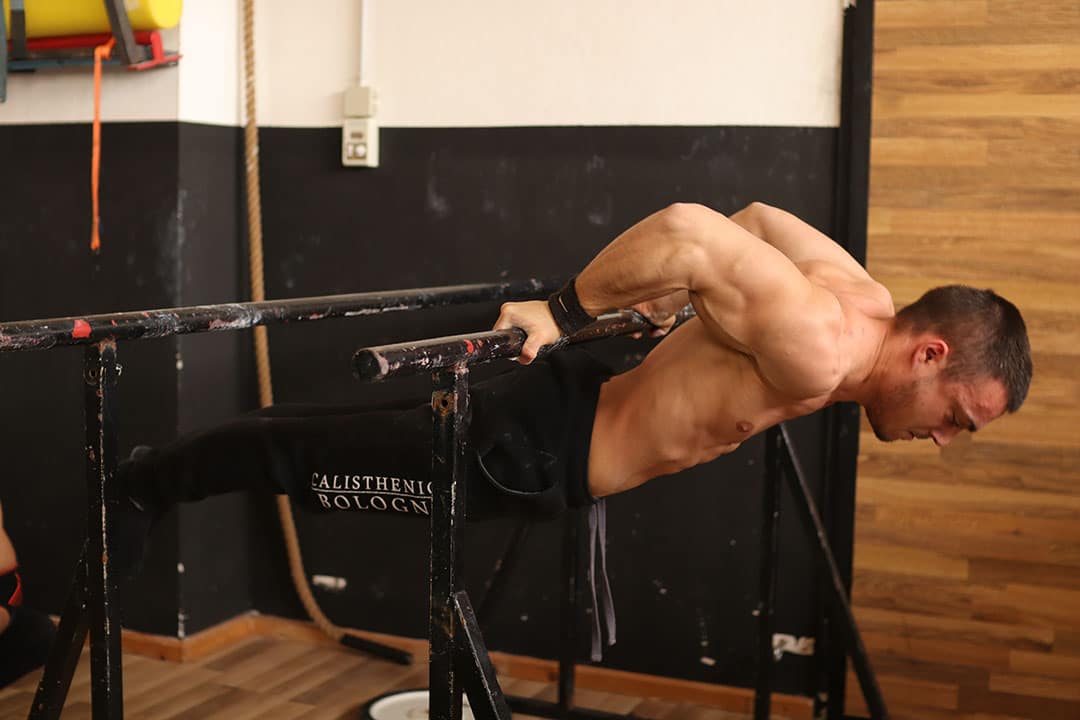 the Hefesto is basically a bodyweight incline bicep curl, but also works the chest and triceps as well as back muscles. It can be weighted up with a dipping belt or a weighted vest or even ankle weights.

Ankle weights are the better options because of levers, they do not change the shape of the movement while resulting heavier than they really are, they are also the cheaper option.

progression by increasing reps and sets is also possible.

an EASIER version to start off would be the Entrada de Angel which can take 40 to 120 days to learn if you are a complete beginner (not obese), and while learning the movement you will also build huge arms. But by the 20 day mark you will already be able to do the nevative version.

Not the answer you're looking for? Browse other questions tagged biceps or ask your own question.

10
biceps gaining slower than the rest

10
biceps gaining slower than the rest
0
Arm workout similar to P4P's ab series?
9
Home exercises for training for indoor rock climbing
4
How to reduce risk of injury in strength training (when not training at a gym)
1
bent over barbell row biceps usage
7
Barbell biceps curl - standing up or sitting down?
0
How to increase bicep (bar) curls?
1
Biceps pain during chest work