I've read in a number of places that you should track your front knee over your toes in order to place more load on your VMO.

But this goes against a lot of other advice I've read or been told in the past, that you should never let your knees go past your toes with any leg exercises... and that doing so would leave you prone to injury.

Is there just some sort of exception with split squats or something?

The origin of the old dictate of keeping the knees behind the toes is unclear. Wherever it came from, however, it subsequently became the standard dogma within general fitness circles—a dogma that persists to this day. The notion likely stems from observations that patellofemoral compressive loads increase with the depth of the squat. And since untrained individuals also tend to lack the mobility to achieve a full (or deep) squat, their attempting to do so, therefore, necessarily compromises other aspects of its safe performance.

However, the doctrine ignores the fact that it is entirely natural to squat to full depth, and that in order to do so, the knees must travel a considerable distance past toes. Indeed, for a very large subsection of the world's population, full squatting is a part of daily life. And elite weightlifters routinely and safely squat to full depth with enormous relative and absolute loads. (See below.) Furthermore, keeping the knees behind the toes unnaturally increases the joint moment in the knee, as well as increasing compressive and sheer forces on the spine. 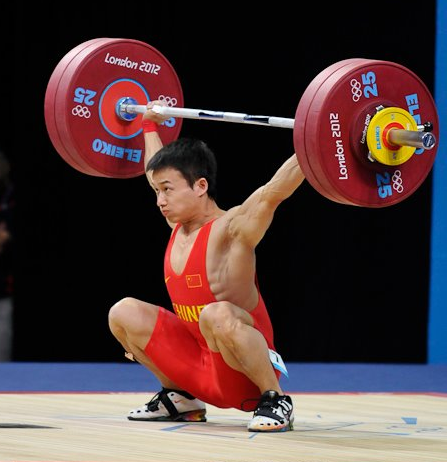 There is some justification for the advice that you have been given: the vastus medialis oblique (VMO) does indeed appear to be more active in deeper squats, although we might have reason to question the choices of knee angles (20°, 50°, and 80°) investigated. But whilst I am not an expert in remedial exercise, my memory is that the VMO is most effectively activated by squatting with a shallow knee bend, performing an isometric squeeze at the top of the range of motion. And this notion is supported here. Interestingly, it is the trailing leg of the split squat (a split jerk is shown below) that approximates this motion. And it is standard in the split squat to encourage the lifter to distribute the load evenly between the legs, thereby requiring a more vertical tibia. But, as I hope my earlier discussion demonstrates, there is nothing fundamentally wrong with allowing the knee to pass the line of the toes. 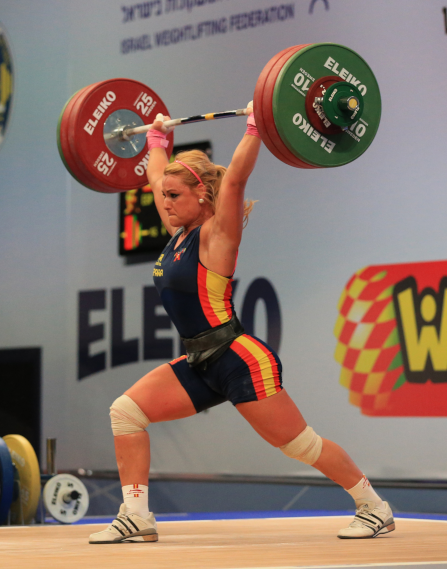 4
Is ass to grass squat natural or a learned behaviour?

25
Persistent mild knee pain due to squats - push through or stop?
10
Is it normal when starting squats to not have flexible enough ankles?
13
Will squats/running/etc cause knee injury when we age?
5
Excercises to try correct knees pointing inward
4
Is there anything wrong with doing one-legged bodyweight squats in this way and what can I improve?
1
How to build my quads at home?
1
Squats & Lunges above parallel - is there any benefit?
4
Front squatting: sit 'back' or sit 'down'?