How are you supposed to adjust this type of reverse fly(?) machine? 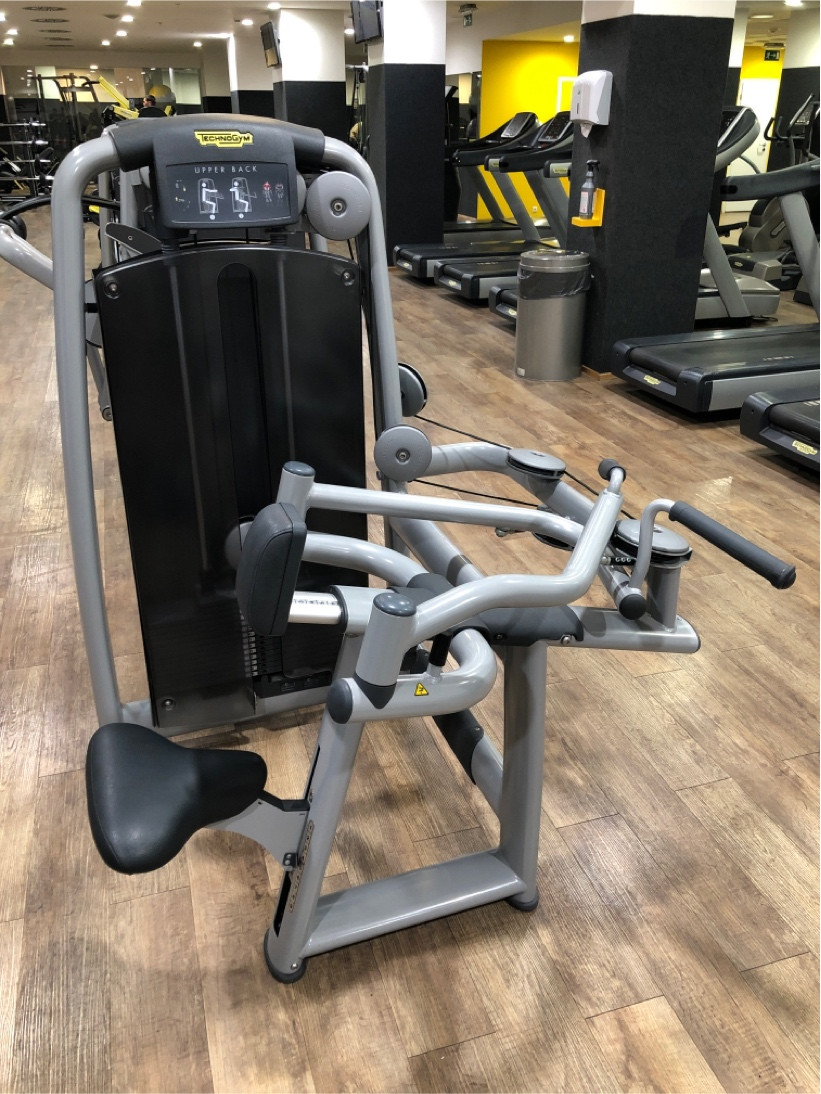 The gym has the above contraption I use alternating with the crossover station for upper back isolation.

I’m at a loss however how I should adjust the seat and chest support; when I set it so my thighs are parallel to the ground that was too low, it just felt awkward and my wrists would do something unsettling when pulling back. (Like a tendon slipping over a knuckle or something? A painless cracking sensation.)

Sitting higher made this mostly comfortable, but I have no clue which of the million machine names this has and how I should be setting it up right.

From the picture, I would describe this machine as an supported (wide) row. There is nothing ‘wrong’ per se about any particular adjustment, but we would generally assess its ‘correctness’ or otherwise by its comfort, freedom, safety, and fitness for purpose.

The purpose of isolation exercises is, as the name suggests, to isolate a particular movement, and hence group of muscles—in this case, the shoulder girdle retractors (trapezius, and rhomboids major and minor), the humeral extensors (latissimus dorsi and teres major), the horizontal abductors/extensors of the humerus (posterior deltoid), and elbow flexors (principally the biceps brachii, brachialis, and brachioradialis). So your adjustment should first limit your movement and posture to the targeted joints and muscles. Most notably in this case, the machine is intended to eliminate the involvement of the lumbar extensors (erector spinae) and enforce a wide path for the elbows which, incidentally, is still not guaranteed. (Novices commonly drop the elbows and pull with a combination of the elbow and wrist flexors! Don't do that.)

The seat should be adjusted to a height that places the chest squarely on the chest support, generally around the mid- or lower sternum, and that support should be retracted to a distance that allows you to reach the handles at a stretch in order to horizontally abduct/extend the arms—“at a stretch” because that allows the chest support to pre-stretch and hence activate the shoulder girdle retractors more. You should feel stable and supported throughout the movement. The degree of knee bend in inconsequential, other than to assist your feeling of stability and security.

As a side note, isolation machines are often inappropriate for certain users due to the assumptions that they make about body geometry. It is quite possible that you will never feel comfortable or secure on certain machines. And this is one reason why ‘free’ weights are generally superior to machine weights: they afford an infinite degree of adjustment.

Not the answer you're looking for? Browse other questions tagged exercise-equipment or ask your own question.