Which is the role of glutes when extending your legs?

let's consider this table which shows agonist - antagonist muscles pairs in our body. 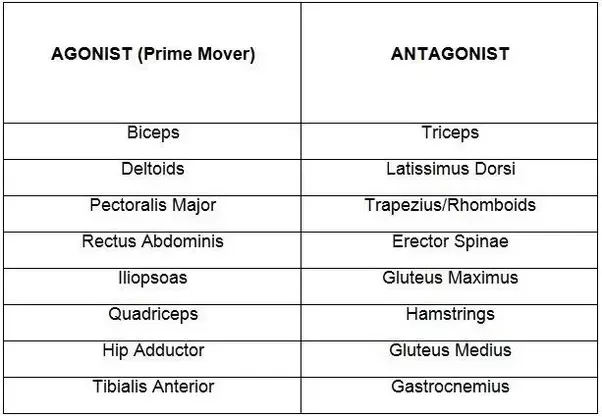 Let's focus on a specific exercise, for instance squat. When you are rising up from the floor, your legs are gradually extending.

I'd say (but let's correct me if I am wrong), that this leg extension, by simplifying, happens thanks to:

So, what is the role of glutes in that movement?

In squats, when you raise up from the floor, you squeeze your glutes to do that. But why should we do that, if the leg extension movement is due to hamstrings and quads? Traduzione vocale

in fact, I was thinking,it is perfectly possible to contract the glutes even with the legs flexed (for example by kneeling on the floor). So, what is the role of glutes?

For muscles, we use the term "contraction" to describe when the muscle is producing force, and "relaxation" for when it is not producing force. Movement of the muscles is also described as "lengthening" and "shortening".

So, if you mean to ask what's happening with your glutes when you extend your knees, then the answer is probably nothing, since the glutes are hip extensors, not knee extensors, and knee extension only requires the quadriceps to contract and shorten (while the hamstrings relax and lengthen).

An efficient squatter mainly uses the glutes to extend the hips, not the hamstrings.

As can be seen from this image the hamstrings crosses both the hip and knee joint: 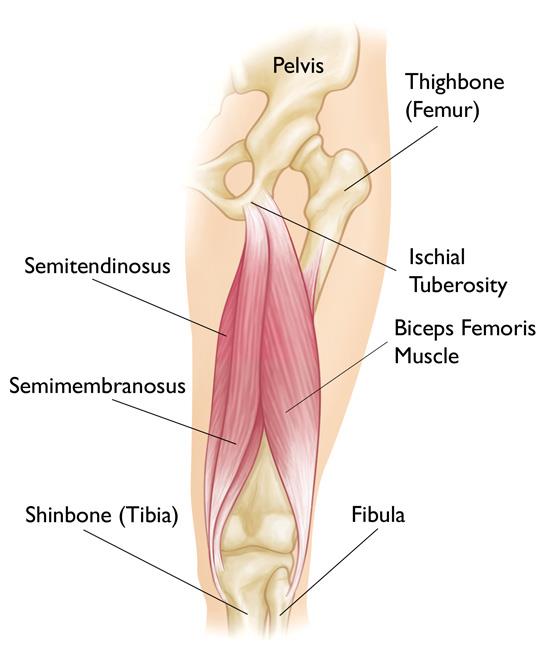 They therefore have two functions: extending the hips and flexing the knee. If you use the hamstrings to extend the hips in the squat you also get a flexing torque at the knee. This means that the quads have to work even harder.(1)

As can be seen from this image the gluteus maximus crosses the hip joint and also extends the hip (as well as externally rotates the femur): 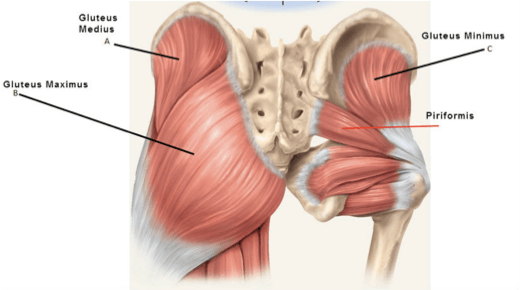 In the squat we can vary the ankle, knee and back angle. In order to stay balanced the bar must stay over midfoot. So we have 1 equation and 3 variables, which mean 2 degrees of freedom. So we have a choice to make; do we want to minimize or maximize the moment around the knee (or somewhere in between). The first leads to a hip dominant squat: 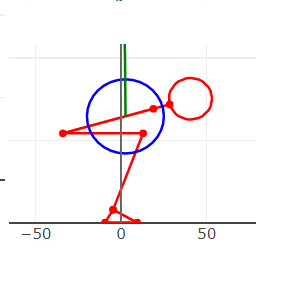 The second leads to a knee dominant squat: 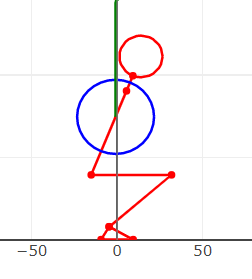 In the knee dominant squat the quads are clearly the limiting factor and we want to avoid using the hamstrings.

In the hip dominant squat the quads are less of a limiting factor and the hamstrings can be used to a larger extent.

I think it may be a problem for some people that their glutes are very weak, in which case they will tend to also use the hamstrings even when this is inefficient.

If this is the case one should focus on taking a wide stance and hitting full depth (2). The wide stance causes an inward rotational force on the femur from the bar which the gluteus maximus have to counter. In the bottom position of the squat the knee is flexed which results in less tension in the hamstrings. It is therefore difficult for the hamstrings to contribute to hip extension and the glutes will contribute more.

(1) Hamstrings–The Most Overrated Muscle Group for the Squat

Not the answer you're looking for? Browse other questions tagged weightlifting workout-routines muscle workout bodyweight-exercises or ask your own question.

4
Good exercise for when all your muscles are sore?
8
Can you gain strength in your legs with bodyweight squats only?
2
What is the basis behind Push-Pull-Legs routines?
1
Does it make any difference how I hoist myself up when I raise the legs/knees?
4
Is there an accurate way to assess the fast/slow-twitch muscle fiber ratio in your legs?
2
which muscle group controls the movement of your torso?
1
Which is the role of the chest in push-ups?
1
Which is the role of biceps in a pull-up/chin-up?
0
Does standing to lift weights work your legs