Is it correct to shrug during barbell row?

I have some doubts about how the trapezius is involved in barbell row. I'm a newbie in weight-lifting so I'm sorry if I won't be very accurate.

What I mean with shrug

I mean when your trapezius shortens to bring your shoulders near your ears.

When I do barbell row, I shrug a little. I wanted to know if it is correct, or if it's a bad compensation I should try to avoid.

Let's consider for instance a pull-up. From the following picture, It seems to me that you have to shrug in the starting position and you have to keep a depressed trapezius in the final one. 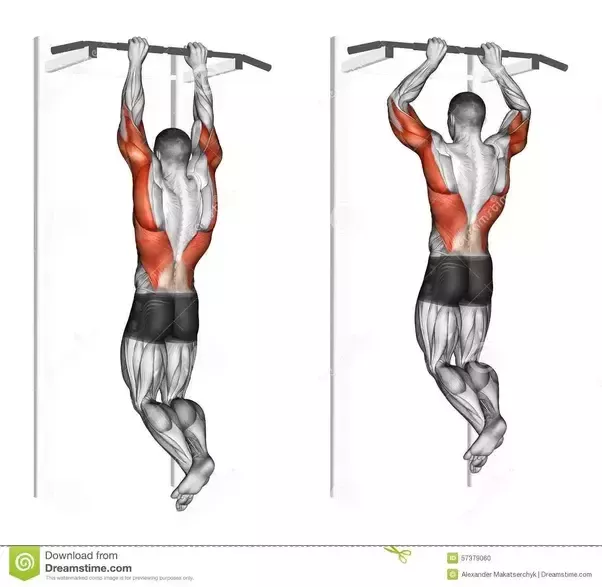 Does the trapezius follow the same movement pattern also in a barbell row shown in the following picture? 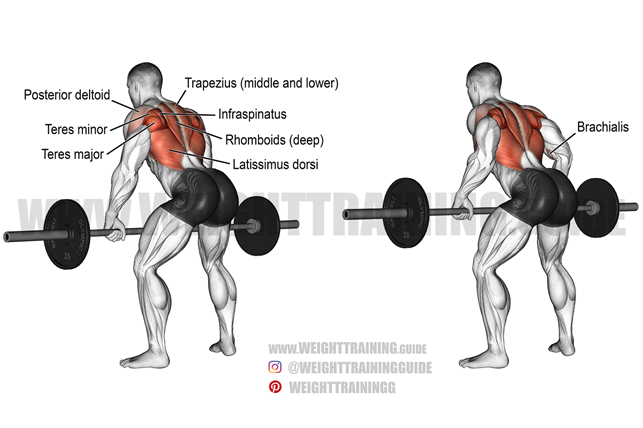 It seems to me that in this case the trapezius doesn't shortens/lengthens vertically (up-down), but laterally. So, I'd say it works laterally and it doesn't cause your shoulders to shrug.

Is my analysis correct? If it is, I'd say it's a mistake to shrug during barbell row.

You basically answered your own question in the question, but since no one else has chimed in, I'll throw in $.02.

I would not advise that someone actively shrugs their shoulders during a traditional barbell bent over row. If anything, I'd retract and set the traps and rear delts (similar to a bench press set up) in order to take the slack out and allow a maximum contraction in the lats (less important in a cable row, but considering the importance of stabilization in the barbell variation, I think it holds more merit).

The image you referenced likely has traps acting as stabilizers, and secondary movers (difficult to 100% isolate the lats, teres major/minor, etc, especially if you're going heavy). If you're gonna hold something big and heavy while bending over, you're traps are going to put in some work (side note: I did shrugs all the time, but never saw much growth until I started deadlifting heavy). Of course, by that logic, the lower back, core, forearms, and biceps might as well have some red on them too.

Back to your original question though: no, don't shrug at the top of the movement. If you want to hit the traps in a row variation, work in some facepulls, or a similar variation.

Not the answer you're looking for? Browse other questions tagged weightlifting bodybuilding weights back barbell-rows or ask your own question.

29
Stronglifts - Why is my bench press/row progress lagging behind?
4
Is the Pendlay row the same as a bent-over barbell row?
3
Bend Over Barbell Row with Curl-Bar
3
I can row more than I can squat. Am I doing something wrong?
2
Mind-muscle cues for hips flexion without tilting the pelvis
7
Should I upwards rotate my shoulder-blade in bench press?
1
Barbell Row: Shoulders Internally Rotated