Which is the proper final position in squat?

I struggle with understanding which is the proper final position of squat.

Here this position is proposed:

It's written that it's crucial to:

Well, I can't understand how can the hips be locked in the previous figure.

For instance, in deadlift, my final position is reached by squeezing my glutes and pushing my hips slightly forward like in the following picture (in which hips are slightly extended and the back is behind the hips): 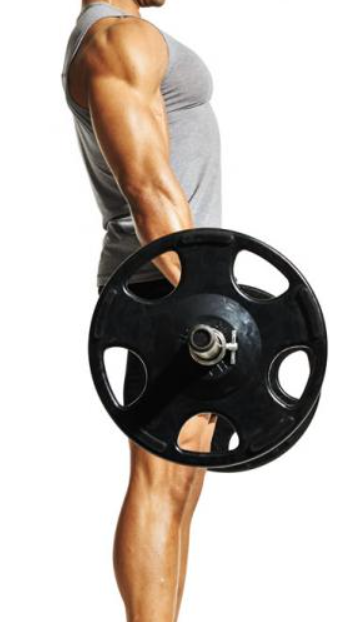 Why can't this be done in squat? And how can we lock our hips without pushing them forward with our glutes squeezing?

Powerlifting rules are usually simply that in the squat, the lifter must return to an upright posture with the knees locked. Depending on the bar weight and position, this often requires a slight forward lean (particularly with a low-bar position), so you can't really specify a required hip angle.

This only really matters for competition though, as the top of a squat is by far the easiest part of the lift, so a lifter who, outside of powerlifting competition, does not fully lock out their knees or return to a fully upright torso is not going to be any worse off.

in deadlift, my final position is reached by squeezing my glutes and pushing my hips slightly forward

This sort of hyperextension is usually regarded as bad form in the deadlift, and is not required for competition. Powerlifting rules are usually that the deadlift is complete when the lifter is standing upright with knees locked and shoulders back. So a failure to "lock out" the deadlift usually means either slightly flexed knees, or shoulder/upper back rolled forward, not anything to do with hip position.

Why can't this be done in squat?

Because the bar would fall off your shoulders if you pushed your hips forward.

Not the answer you're looking for? Browse other questions tagged weightlifting workout bodybuilding squats hip or ask your own question.

2
Squats: point feet forward and externally rotate hips?
0
Low back on the way up of squat
1
Which is the role of biceps in a pull-up/chin-up?
2
Why should we put our feet forward in Smith Machine Squat?
4
How can we prevent shoulder impingement in the overhead press?
3
Why should the knee point outwards in squat?
2
Mind-muscle cues for hips flexion without tilting the pelvis
1
Why not pushing the knees out of the toes in Squat?