How can the wrist wraps reduce wrist pain in handstand/push-ups etc?

I have seen plenty of people wearing these wrist wraps with the aim of reducing wrist pain in exercises like handstand, push-ups etc where their wrists are kept in an extended position with a huge load (the weight of their body). 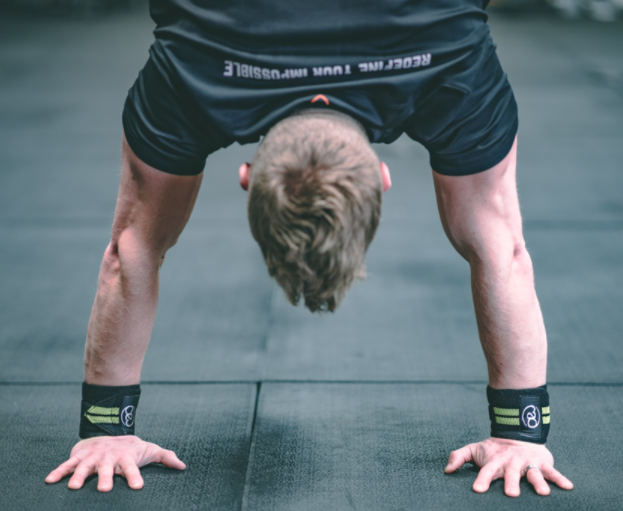 Many people tell me it's obvious that they reduce wrist pain. But for me it isn't so obvious. Some of them told me that they do this by keeping the wrist in a more neutral position (which I think is false, since the wrist is anyway as hyperextended as without the wrist wrap) and by absorbing partially the load on the wrist (which is not physically obvious for me).

Can you help me understand how they actually work?

Can you help me understand how they actually work?

They are used to help stabilize the wrist to prevent hyperextension and to support the wrist. When worn properly they apply pressure around the wrist pushing it towards a neutral position.

Some of them told me that they do this by keeping the wrist in a more neutral position (which I think is false, since the wrist is anyway as hyperextended as without the wrist wrap)

Hyperextension: the forceful extension of a limb or joint beyond its normal limits, either in exercise or therapy or so as to cause injury.

I assume you mean that the wrist is in the same position with our without the wrist wraps. You are correct that with or without wrist wraps, your wrists will be near the limits of their flexibility in many calisthenic/gymnastic movements. It isn't that it prevents it from reaching this outer limit, it braces your wrist making it harder to move your wrist into those positions and beyond, thereby lowering the chances of hyperextension. It doesn't prevent hyperextension, it makes the force required for hyperextension greater.

and by absorbing partially the load on the wrist (which is not physically obvious for me).

Yes, the wrist wrap absorbs a lot of the load on the wrist and help to stabilize the wrist, if worn correctly. The items in the parentheses make me assume you are not wearing them high enough. You should wear them so they cover the wrist joint so they can actually apply pressure during your movements, but not so high that they completely prevent range of motion. 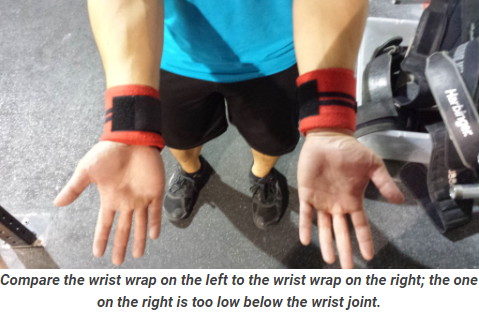 Another reason for wrist wraps is that you are able to work your stronger muscles closer to failure in many movements. It can add several reps to movements such as the handstand pushup where you might normally fail due to balance or lack of strength in your fingertips or forearms because it stabilizes you.

Another common use of wrist wraps is the bench press for super heavy lifts. In lifts like this, you really should avoid using wrist wraps unless you are near your max so it doesn't become a crutch for your normal lifting.

Not the answer you're looking for? Browse other questions tagged workout bodyweight-exercises calisthenics gymnastics wrist or ask your own question.

16
How can I increase the number of push-ups I can do?
12
What is the correct plan to transition from normal to handstand push-ups?
2
How can I reduce risk of injury to my recovering fractured wrist during sports?
7
How to strengthen *very gently* your grip in order to safely perform chin-ups? Are wrist wraps good?
7
Do handstand push ups and pike push ups work the posterior deltoid
3
How to increase push ups
5
Push ups-Wrist strain?
5
Do handstand push-ups hit all the three shoulder heads?
5
How can I perform high-pull ups?
1
Can I train skills (planche, handstand, etc) in the evening and dips at a later time of the day?