Why should we put our feet forward in Smith Machine Squat?

Here (and elsewhere) this statement is written about the difference between a standard barbell squat and a smith machine squat:

I do not understand why Smith Machine Squat is usually performed with feet in front of the shoulders, like in the following picture. 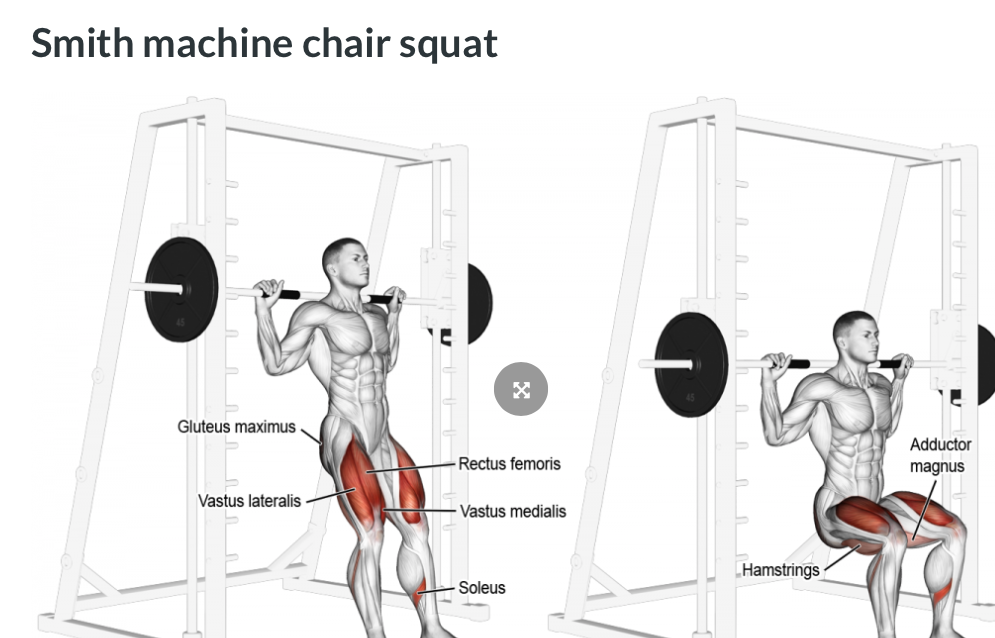 The previous text says "In contrast, the Smith machine follows a fixed path, thereby removing the need to balance it", but I can't understand it. Also in a standard barbell squat, the barbell must follow a vertical straight path. And this path must be a vertical line over the mid-foot in order to balance yourself properly. If I have understood it properly, this is due to the fact that the centre of gravity is, with huge load, in the barbell position. Hence, the barbell must be kept over the midfoot throughout the movement.

The article that this quote came from went on to state:

In 2002, the Journal of Strength and Conditioning Research reported that the farther the feet are positioned in front of the Smith machine bar, the less quad involvement and the greater hamstring/glute involvement.

The report referred to is Abelbeck 2002. It was not an experiment, but rather a biomechanical analysis of the smith machine squat, and one that seems to have been based on the extremely strange and unrealistic assumption that the lifter's torso always remains vertical in a smith machine squat. As a result of this assumption, the bottom position of the squat with the feet positioned under the hips looked like a deep knee bend (heels coming off the ground, and knees bent as far as they can go), while the bottom position of the squat with the feet starting far in front of the hips looked like a wall-sit (knees and hips both bent at 90°). I believe that their finding that knee torque decreased and hip torque increased as the feet were moved further forward was a result of this unrealistic squat style alone, and would not actually occur in any real life performance of a smith machine squat. However, their calculations may be more accurate for hack squat machine squats.

Additionally, there is a hugely detrimental effect of moving the feet forwards in that it forces the lifter to push on the bar increasingly horizontally, rather than completely vertically, which means a proportion of the force they apply to the bar is resisted by the smith machine guide rails, rather than going into moving the bar upwards. This is because the direction in which the lifter can apply force to the bar will pretty much be a straight line from their feet to the bar. As the lifter descends, having their feet forwards will cause the angle between their feet and the bar to become more horizontal the deeper they get, making the force they apply to the bar increasingly ineffective in the bottom of the squat. This makes the hardest part of the squat even harder, and will severely limit the amount of weight they can lift, and/or will force them to do very shallow partial squats.

(This is a little difficult to visualise without diagrams, so I'll try to prepare some explanatory diagrams and edit them in to this answer later on.)

So, to answer your questions:

Why shouldn't we use the Smith Machine like (with same feet posture) a normal squat, with the difference that there is a machine helping us following a straight bar path?

How can we be stable in smith machine squat if we put our feet forward? If we do that, we are shifting the centre of gravity backward (with respect to our feet). Maybe we won't fall because the barbell is supported by the machine, but why should we do it? Isn't it also a bad mind pattern for when we do a normal squat?

You are correct that one doesn't fall over in a smith machine squat, even when leaning backwards, because the bar will support them if they lean back on it. I don't think there is any good reason to do this, but I also don't think it would be harmful. I'm sure a person could perform these "smith machine chair squats" and then go back to barbell back squats without losing balance and falling backwards.

When I firstly saw a Smith Machine, I thought it were just a normal squat with a machine helping me keep the bar path straight. Is it a mistake to think in this way?

No, that's a reasonable assessment. They're also useful for some other exercises, like shrugs, calf raises, and one-legged squats.

Not the answer you're looking for? Browse other questions tagged workout bodybuilding gym squats powerlifting or ask your own question.

5
Excercises to try correct knees pointing inward
2
Barbell Squats: Maintaing correct form
2
Is it normal to zercher squat 3 times less than one can back squat?
6
Overhead press bar path
2
Should the barbell touch my shins in deadlift?
2
How to be balanced and stable in Good Morning + Squat
1
How can we evaluate properly the work (energy) performed by the muscles?
1
Why not pushing the knees out of the toes in Squat?
3
Why knee and hip torques in Squat are always referred to the midfoot line?