I was going through an article : https://www.verywellfit.com/top-best-ab-exercises-1230723
This seems to be a reputable website. I was surprised the trainer didn't mention situps in it.
What could be the reason for that?
Is it not as effective as other core workouts?

Short answer: No. As an exercise they are sub-par, and as a workout they don't even qualify. But we can tweak it, and add to it, in order to reach our goals. I agree with the article author's decision to not include situps.

To elaborate, we have to take into account the fact that situps have some very serious limitations.

A "core workout" involves a lot more than just training the abs in front. Your core goes all the way around your torso, and includes back muscles, as they are used to straighten and bend the torso as well. So situps alone will never be considered a core workout, but rather an ab workout. But still with some very serious limitations, as the term "abs" refers to a lot more than just the six-pack. See "abs" section further down.

When we try to do sit-ups, we will inevitably have some hip flexor involvement, because the act of "sitting up" requires quite a bit more than just the abdominals. In fact, the abdominals serve to bend your torso, but sitting up requires bending at the hip, therefore involving the hip flexors.

This has a tendency, for many, to incur tightness in the hip flexors, leading to APT (anterior pelvic tilt), and a sleugh of other back issues.

Since the abdominals, as mentioned, serve to bend your torso, crunches is usually sufficient, rather than doing full sit-ups.

Situps and crunches are what we call "top-down" ab movements. We sort of pull the shoulders down. But a good ab workout MUST include not only working the abs in the front, but also the transverse abdominals and the obliques. Also, targetting the frontal abs, we should also be doing bottom-up movements, with exercises like toes-to-bar, or alterations thereof.

The way we accomplish this is by not only training movements that bend your torso one way, but also include rotational movements, and side-to-side movements.

Remember, any way your body can bend, there are muscles involved in doing so, and none of them should be overlooked.

When you do a situp, you're not stretching the muscle between each repetition. When you've done a rep, and you're lowering your upper body, you're only lowering it until you hit the floor. But the abdominal muscles will let you extend way further back if you give it a chance.

One way to take advantage of this is to not do them on the floor, but rather do them on a fitness ball. You get a much larger range of motion, and your abs get to train contraction from a stretched position. 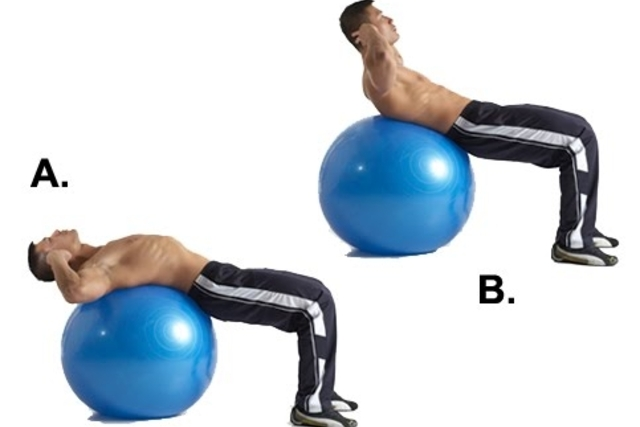 We've established that a core workout is more than just training the abs, but at the same time, we also have to consider that the abs are more than just the six-pack. It refers to a handful of muscle groups along the abdominal wall.

Britannica has a very comprehensive image, that I like to refer to: 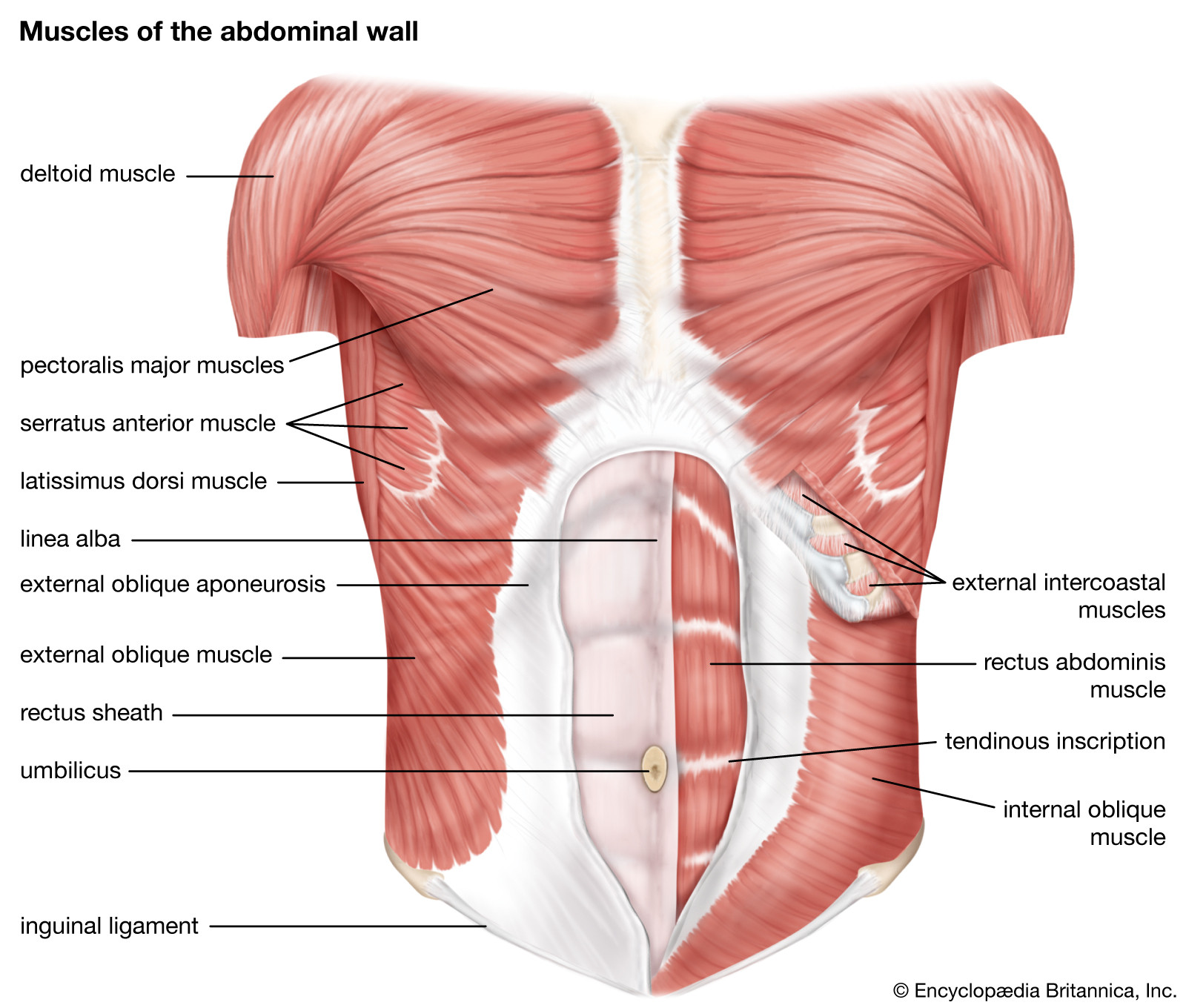 So as you can infer, you'd have to do a decent handful of exercises in order to not neglect any of them.

Situps and/or crunches are not a "workout" per se, but rather one single exercise that should be done with great care, and be done alongside an array of other exercises in order to target the entire core, and not just a small part of it.

Not the answer you're looking for? Browse other questions tagged workout core sit-ups or ask your own question.

56
What exercises should I perform to reduce fat on a specific area of my body?

15
Skinny but flabby, what to do?
3
Is it better to engage or relax your "core" during long distance running?
0
Building Core Strength
2
Core stability - how often and long?
3
Exercises for Abs (Chronic Neck Pain)
5
When and how often should I train my core/abs?
2
Are the basic barbell lifts not enough for the "core"?