How can we be in balance while performing the barbell hack squat?

Unlike conventional squat and deadlift, in the barbell hack squat the barbell won't be over our midfoot. 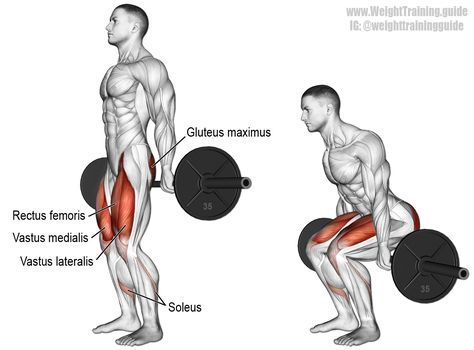 How can we balance properly?

I've seen also that some people start with the barbell on a support (and so raised from the floor) whilst others start with it on the floor. Do you suggest one of them from an equilibrium point of view?

Secondly, the hack squat starts with the ankles and knees bent, because you need to reach down to grab the bar. This makes some room for the bar to be positioned over the heels when it is touching the calf muscles. Combined with a slight forward lean, this is enough to keep the lifter and bar in balance.

At the top of the lift, the lifter will generally be leaning forwards from the ankles in order to bring the bar a little forward over the foot and remain in balance.

I've seen also that some people start with the barbell on a support (and so raised from the floor) whilst others start with it on the floor. Do you suggest one of them from an equilibrium point of view?

That sounds like a combination of a hack squat with a rack/block pull, which is a deadlift variation used for training the lockout portion of the lift. Due to the fact that tension at elongated muscle lengths is important for hypertrophy, it doesn't sound like a particularly useful variation for a hack squat, where the goal is usually leg hypertrophy rather than strength or powerlifting competition. It should probably be viewed as the hack squat equivalent of a half squat.

Not the answer you're looking for? Browse other questions tagged weightlifting workout bodybuilding squats powerlifting or ask your own question.

2
Routine for improving hip mobility for sumo deadlifts
16
Why is "squatting the deadlift" bad?
2
Why should we put our feet forward in Smith Machine Squat?
4
How can we prevent shoulder impingement in the overhead press?
4
Bio-mechanical analysis of squat: torque on the knee and on the hip
6
Overhead press bar path
3
Is the hook grip as effective as the bulldog grip in press/jerk movements?
2
How to be balanced and stable in Good Morning + Squat
1
How can we evaluate properly the work (energy) performed by the muscles?