Analysis of the bar path in bench press

I wanted to do a deep analysis of the reason behind the ideal bar path in bench press. 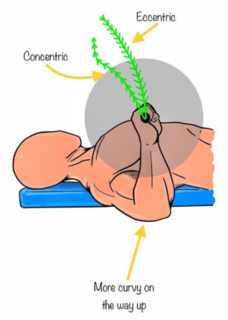 Let's do a gradual analysis and understand the reasons behind that.

Step 1: The proper ending point of the way up

Step 2: The proper starting point of the way up

The proper starting point, as written always there, is on about the middle chest. It can't be above the front delts as it will make the elbows flare and cause shoulder impingement. 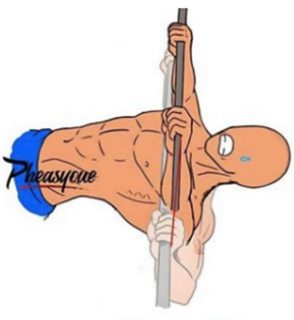 Which is the precise point is debated, as far as I'm concerned. Some sources say it is the nipple, others it is a generic point between the nipple and the Xiphoid Process. 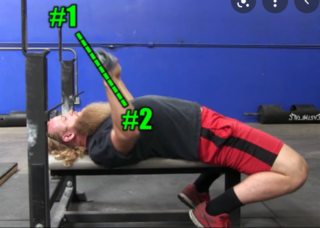 However, it is not the best one. The best path is said to be that shown in the first picture.

Now, my questions are:

1) The bar above the front delts at the bottom makes flare the elbows and cause shoulder impingement. Why isn't it a problem at the top (where the bar is above the shoulders)?

2) Which may be a possible reason for choosing a curved bar path, which is longer than a diagonal bar path?

3) Which may be an intuitive reason for choosing different bar paths for the way up (concentric) and down (eccentric)?

It's not only debatable whether the "guillotine" style bench press, in which the bar is lowered straight down over the collarbones, causes shoulder impingement, but the very existence of shoulder impingement has been brought into question1. That said, the main complaint about the guillotine style bench is that at the bottom of the movement, the shoulder (glenohumeral joint) must move into a position of extreme internal rotation, so there is a concern that this could cause damage to the external rotators of the rotator cuff (teres minor, infraspinatus, and supraspinatus). At the top of the bench press, the shoulder is roughly in the middle of its internal-external rotation range, so that concern disappears.

There is no inherent drawback to choosing a longer bar path. In terms of energy that must be applied to the bar, vertical distance travelled is all that matters. As an example, consider two paths to reach the top of a 500m tall mountain. One is a switchback road that is 5km long in total but not that steep. The other is a 500m vertical cliff face. Which is easier to ascend?

The only reason why, in some lifts, a non-straight bar path is disadvantageous, is if that bar path causes you to move into positions in which you are weaker. For example, a deadlift path path in which the bar swings forwards on the way up is less efficient not because it is non-vertical, but rather because when the bar swings forwards it puts you into a position where greater hip and back strength is needed to lift it. Or in the bench press, if the bar drifts too far down towards your belly, then the moment arm to your shoulders increases and your deltoids need to do more work.

Therefore, a curved bar path can be advantageous if it allows you to use stronger muscles during the harder parts of the lift. In the case of bench press, bringing the bar up towards your face as it leaves the chest reduces demands on the deltoids, and puts the arms in a position where the much stronger pectorals are contributing the most to moving the bar.

Not the answer you're looking for? Browse other questions tagged weightlifting workout bodybuilding powerlifting bench-press or ask your own question.

2
How to rack/unrack the barbell properly in bench press
2
Why should we put our feet forward in Smith Machine Squat?
2
Cannot keep elbows straight in bench press
3
Which is the proper shoulder-blades setup for front squat?
6
Overhead press bar path
2
Should the barbell touch my shins in deadlift?
7
Should I upwards rotate my shoulder-blade in bench press?
0
Muscle Snatch: elementary analysis
4
Why do many people start the Snatch with a very upright torso?