I've read different opinions about which is the proper bar path for the overhead press.

According to here (and most of the sources), the best bar path is perfectly vertical. If it is, I'd say the barbell must be under our chin, and approximately above our chest (without lying on it) to be above the midfoot.

However, I've never seen people performing the Overhead press with a vertical bar path. They always followed a curved bar path, with the bar a little back at the top. And such a motion is suggested by the following picture (taken from here): 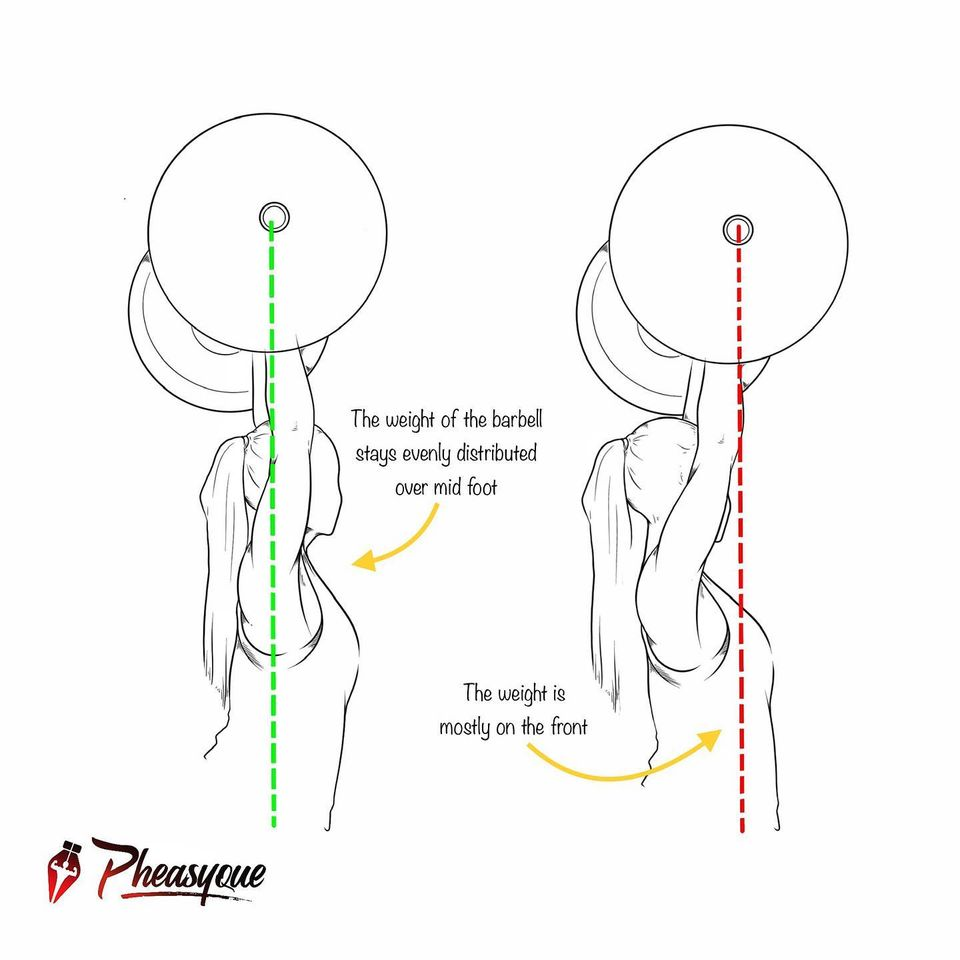 So, who is right? The last picture shows that a curved bar path (up and back) is good because it is balanced with respect to the midfoot. But I think that also a vertical bar path may be fine because:

The strict press is easier to visualise, so here's a diagram explaining the forward hip movement, layback and vertical bar path seen in a classic press, from Starting Strength 3rd Ed: 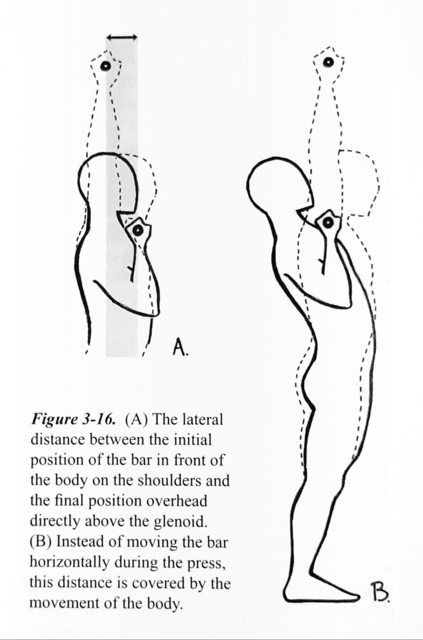 Neither of these two distinct styles is correct or incorrect, they're just different variations on the lift, and they serve slightly different purposes. The strict press is more of a pure deltoids and triceps exercise, so is probably better for hypertrophy of those muscles, whereas the classic press is more of a whole body movement, also utilising the pectorals and abs to a significant degree, and allowing you to lift more weight, which is important if you're performing this lift for competitive purposes, such as in strongman or strengthlifting.

Finally, the StrongLifts example is probably adding to the confusion, because the author states that the bar path should be vertical, but then in his video demonstration performs more of a strict press, where the bar path can be seen moving forwards as it passes his face, and then backwards at the top of the lift. 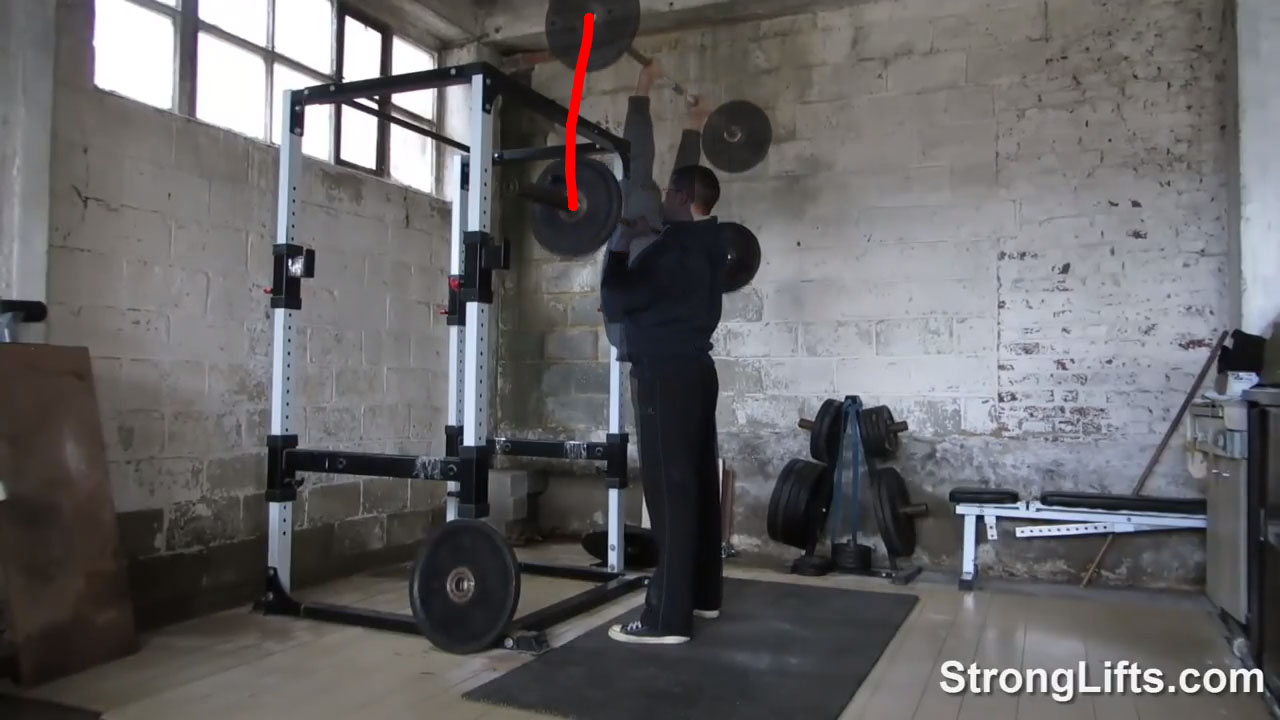 The short answer is: the bar should follow a straight, vertical path and the final, locked out position will look (more) like the left image than the right--in fact, the image on the right does not appear to be locked out and is in an unstable position (torquing forward). In practice, the bar may not move perfectly vertically, but that should always be the goal (see reasoning below).

If the bar path is not directly vertical it is likely that one of the following problems is occurring.

Why is a vertical path right? From a physics (and to some degree biomechanics) perspective a straight, vertical path is simply more efficient--so you can push more weight safely. If you start your press by pushing the bar up and away from your body (to move it around your head) you give the bar some vertical momentum (perpendicular to the floor--which is desired) and some horizontal momentum (in-plane with the floor--which is undesired). Some of your strength--force--is being used to push up, and some of your force is being (wasted) to push the bar away. Then, after clearing your head, you have to redirect that in-plane momentum towards you otherwise the bar will end up out in front of your body and this requires additional force. As you near your fully locked out position overhead you have to stop the in-plane momentum that is now carrying the bar behind your head. All of the force used to create, redirect, then stop the in-plane momentum of the bar is wasted energy. On the other hand, if you only push vertically, all your force goes into moving the bar up, you do not generate any momentum in the plane of the floor (only perpendicular to the floor).

Not the answer you're looking for? Browse other questions tagged weightlifting bodybuilding powerlifting upper-body-workout overheadpress or ask your own question.

3
Balance issues with the overhead press
2
How to rack/unrack the barbell properly in bench press
2
Why should we put our feet forward in Smith Machine Squat?
4
How can we prevent shoulder impingement in the overhead press?
2
Analysis of the bar path in bench press
1
How can we evaluate properly the work (energy) performed by the muscles?
3
Why knee and hip torques in Squat are always referred to the midfoot line?