Is the hook grip as effective as the bulldog grip in press/jerk movements?

many sources (1, 2 for instance) state that the best grip for the overhead press is the bulldog grip as it makes the moment arm between the barbell and the wrist zero. 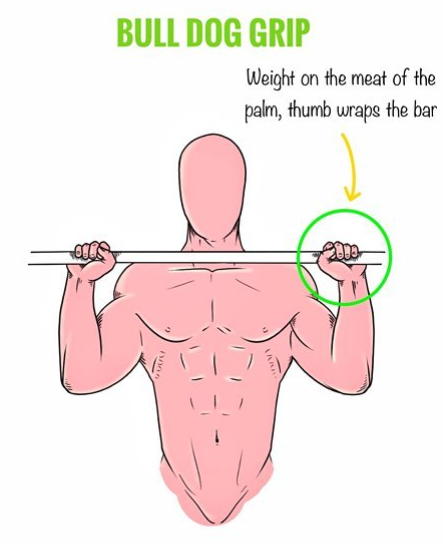 Now let's consider a clean and jerk. I'm a noob about it and I want to clearly understood their theory before trying it.

The initial phase of the clean and jerk is roughly similar (forgive me if I'm not rigorous) to a deadlift pattern, and as far as I'm concerned the bulldog grip is not good for deadlift. Instead, many athletes prefer using the hook grip. 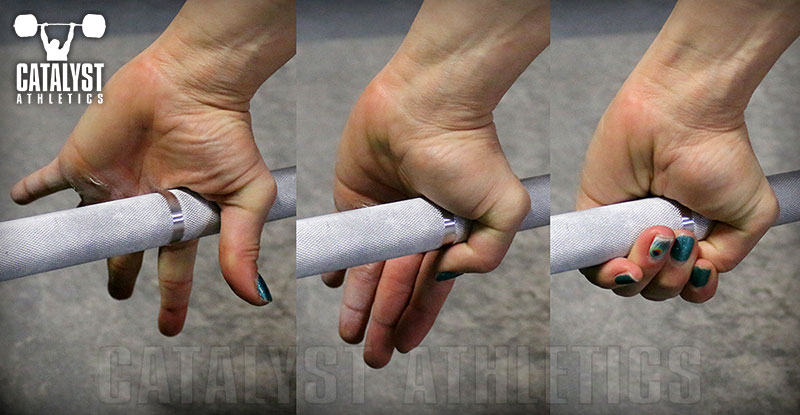 Now, let's focus on the jerk phase. It is not like an overhead press as the jerk, if I have understood it correctly, uses the momentum provided by the legs to lift a heavier bar. But obviously, from an anatomical point of view, the overhead press and the jerk have something in common. The final position with triceps lockout is quite similar, as shown in the following picture. 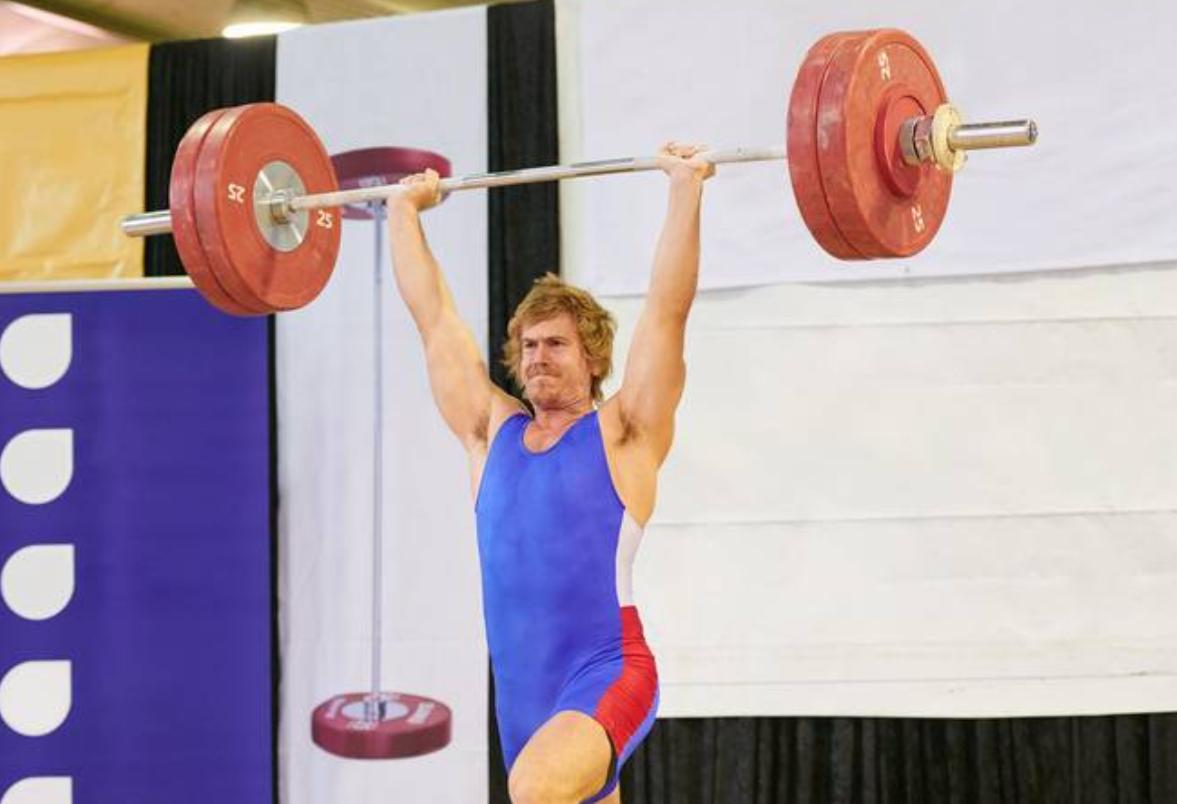 So, my question is: isn't there in this picture a non-zero moment arm beween the barbell and the wrist? It seems to me that the barbel is in the middle of the palm, and not in the low part of the palm like in a bulldog grip. So, my question is if the hook grip is good not only for the "deadlift" part of the clean and jerk, but also for avoiding wrist pain in the jerk phase.

First, it should be noted that while hook grip is almost ubiquitous in the clean, Olympic lifters generally change their grip after completing the clean, and do not actually keep the hook grip in place for the jerk.

You can clearly see this in this video of Aleksey Torokhtiy performing a 230kg clean and jerk, from around the 1:35 mark, as the bar comes up off his shoulders at the top of the clean, he pops his thumbs out and re-grips with the thumbs outside the fingers. Some lifters also widen their grip at this point.

As for the grip then used in the jerk, Catalyst Athletics has an excellent video on this in which they recommend that the bar should be positioned only slightly up from the wrist joints, with a moderate amount of wrist extension in order to place the bar in line with the rear of the forearm, for maximal stability. This is contrasted to a position lower in the palm, as would be used in the bench press, which would put less bending stress on the wrist, but would be a less stable position in which to catch the bar. But as the bench press does not involve blindly catching a heavy bar, stability is not such a concern there. They also add that a position higher up the palm, and with more extreme wrist extension may be necessary as a compensatory strategy for lifters lacking shoulder mobility.

For similar reasons of stability and security being crucial when catching a heavy bar overhead, I suspect a bulldog grip would not be advisable. With just the fingertips contacting the bar rather than a full finger wrap, I think there would be an unacceptable risk of the bar slipping out of the hands when attempting to catch it.

Not the answer you're looking for? Browse other questions tagged weightlifting workout bodybuilding powerlifting olympic-weightlifting or ask your own question.

3
Accessories for Squat day on Wendler 5/3/1
3
How to strengthen wrists to prevent pain while lifting
0
Which is the proper grip for dumbbell biceps curl?
2
How to rack/unrack the barbell properly in bench press
4
How can we prevent shoulder impingement in the overhead press?
2
Analysis of the bar path in bench press
6
Overhead press bar path
7
Should I upwards rotate my shoulder-blade in bench press?