In this video, Mark Rippetoe expains the technique of the power clean. It is (at least in theory) all clear for me and the explanation is very good, but there is a point I can't understand.

To prevent "arms pulling" during the third pull, which would turn the power clean into an upright row, he suggests to see the power clean as a jump with the bar. And this operation is performed by the athlete in the video: 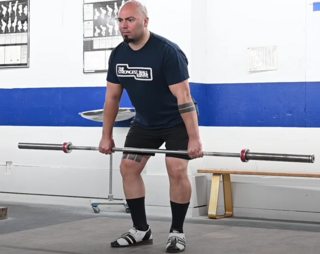 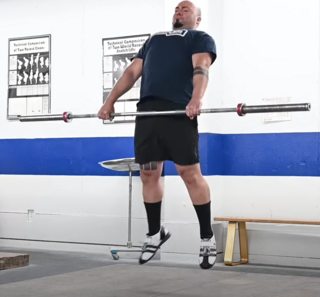 The jump performed by the athlete in the previous pictures is so powerful that the bar has reached a very high position and hence it is easier for him to dip and catch it. The athlete simply jumped with the bar and then went under it whilst it was still rising.

However, I usually see people performing the power clean not with such an exaggerate jump, but just rising the heels from the floor. In such cases, I think it is (at least for me!) quite difficult to provide the bar enough power to reach enough height to be catched easily. Hence, I've seen those people (which just raise the heels without really jumping) getting around the problem in two ways: 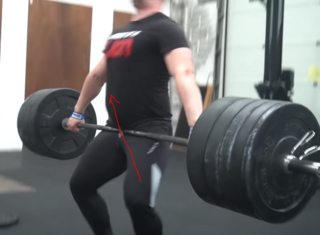 Among these three ways, which is the best technique and why?

I think pushing with thighs is potentially very problematic because it might cause the bar to move horizontally which you don't want. Rising with the heels without jumping too much is the general advice that I have heard/seen. Keep elbows outward rotated so as to prevent early arm bend, then once the bar passes the hip crease (it's a brush not a bang), shrug from the shoulders and quickly get under the bar.

7
strengthing and improving flexibility in heels
7
How do I fix my Power Clean?
1
Arms too long to snatch properly
0
Best ways to add explosive strength to a barbell training/HIT program?
4
Are my forearms too long for a Power Clean?
3
Power Clean Form Check (and technique questions)
1
How can we evaluate properly the work (energy) performed by the muscles?
2
Snatch: Mind Cues to Improve Hip Contact and Prevent Bar Swinging Forwards
1
Unable to catch the Clean