How much important it is to keep a neutral spine during heavy squat and deadlift?

Keeping a neutral spine have been traditionally considered a must in lifting exercises, especially heavy ones like Squat and Deadlift. The reason I've always been told is that it evenly distributes the weight on the vertebrae and also do not squeeze the spinal discs (as opposed to, for example, a spine with an anteriorly or posteriorly tilted pelvis). The latter is the explanation provided by each Stronglift Guide.

However, I've noticed that recently some sources have changed their opinion. This picture shows the evulution of Pheasyque. 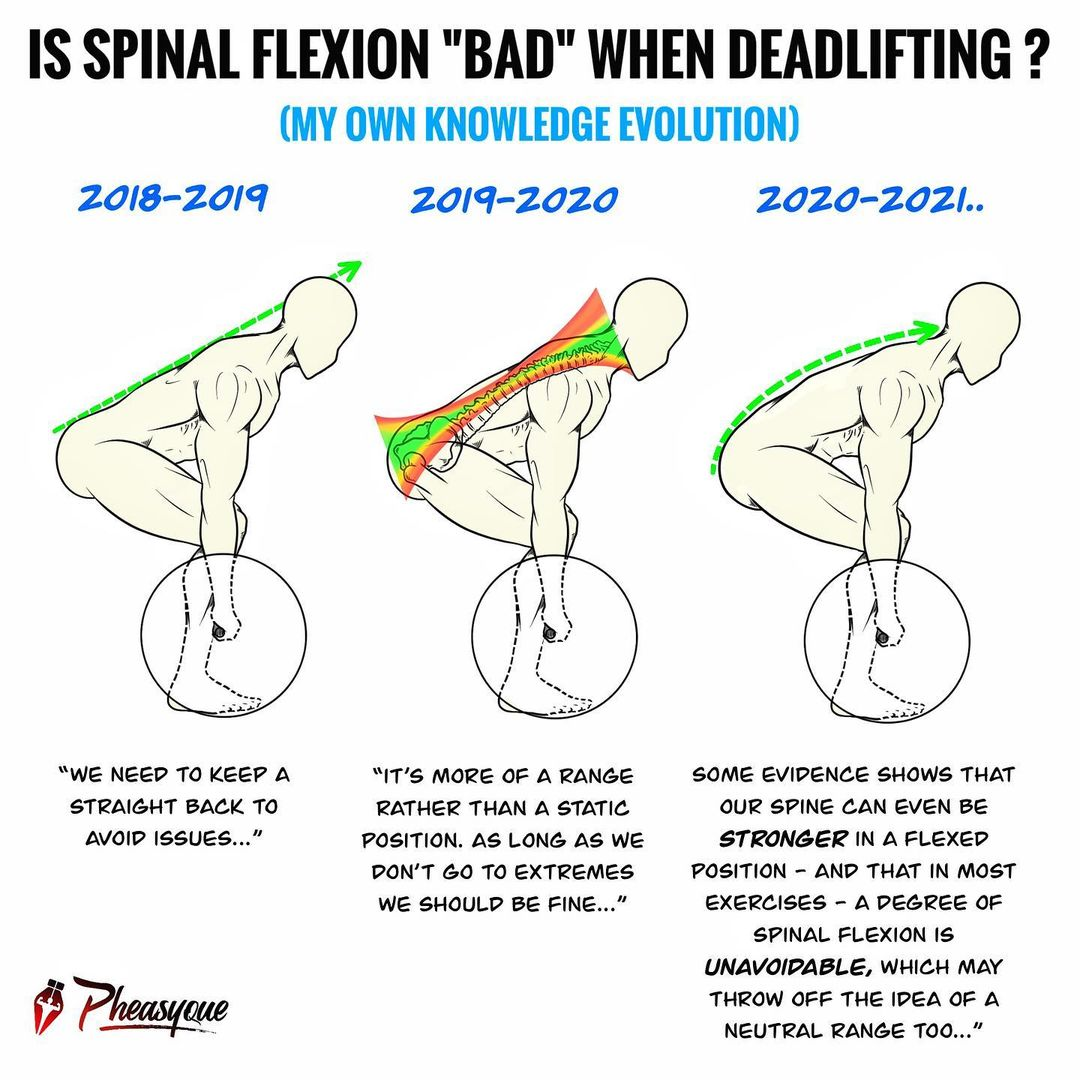 Similar opinions about lifting objects with pseudo-deadlifting techniques are provided by this video of Rippetoe, which says that the crucial concept is that the spine must not change its position during the lift.

So, I'm curious to know how much anterior and posterior pelvic tilt in heavy squat/deadlift increase the risk of injury according to the actual state of research. But also I'm curious to knw if keeping a neutral spine is better not only from an injury perspective (assuming that a flexed/arched back is more dangerous) but also from a mechanics perspective (force transmission).

However, I've noticed that there

So, I'm curious to know how much anterior and posterior pelvic tilt in heavy squat/deadlift increase the risk of injury according to the actual state of research

All researches are either done on spines of dead animals, simulations or theoricrafting+math. Based on your standards of what you consider actual science, those studies might not mean anything at all.

(many expensive bridges where built out of refined theoricrafting and math, just to see them get blown by the wind)

Testing humans to see at what point their spine breaks isn't the most ethical thing ever, that's why there aren't any studies like that.

Until further proof and evidence, everything about bending or not bending the spine during lifting is only a matter of opinions and anecdotes.

This is my take: Anterior pelvic tilt (APT) and spinal flexion should be seen as two different things. APT is the movement of the pelvis and it should occur at L4/L5. A common mistake for APT is performing it through the upper lumbar region, common for people with active back extensors.

From a biomechanical point of view, APT is necessary to allow your body to bend forward about the hips and also to engage your glutes eccentrically. Not sure what the research says, but if you are able to keep your APT at the lower lumbar region, you should be good.

You should look up Squat University. He touched on this topic and discussed it with some guy that lifts pretty damn heavy (he may even have been one of the best, can‚Äôt recall). Unless you‚Äôre training for competition, keeping a neutral spine feels the safest to me.

Not the answer you're looking for? Browse other questions tagged weightlifting bodybuilding squats deadlifts powerlifting or ask your own question.

0
Chalice Squat Variation - Safe and Effective?
1
I bench and squat way more than what I deadlift?
4
Combining squats and deadlifts: do deadlifts on light or heavy squat day?
4
Resistance training and avoiding chronic injury: are squat/deadlift/bench safe?
1
Unable to keep lower back straight during Romanian Deadlift
1
Is it normal, after 3 years of weight training, to find the 28kg dumbbells heavier than 16kg when I grab them on the rack?
2
How to breath and brace during squat?
1
Why isn't a problem to arch the upper/middle back in many exercises?
2
Mind-muscle cues for hips flexion without tilting the pelvis
5
How much weight should we place on our heel and how much in our forefoot during squat?