If hypertrophy is all it takes to build (tear) muscle, why aren't home workouts more popular

Most big guys at the gym say that home workouts cannot increase muscle mass as much as weights at the gym. Eg: a bench press is far more effective at working the chest than pushups.

My understanding, given that hypertrophy is all it's needed to tear muscle fibers, why isn't the hypertrophy from home workouts as effective as ones with weight.

The effective reps theory, which I think is what you refer to, states that the last 5 reps from failure are the ones that count: 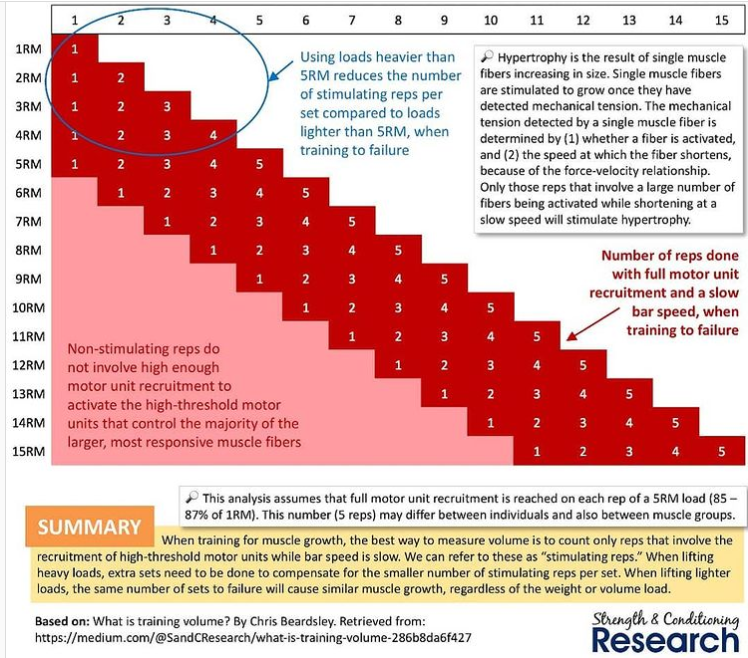 So according to this theory doing say 40 push-ups would yield the same muscle growth as 5 heavy reps of benchpress assuming you go to failure in both cases.

However this is just a theory (1). Also do not be mislead into believing that strength training is an exact science. There are many studies but most of them seem to be of low quality. They last far too short, have too few participants and usually rely on self reporting. It seems that sadly the gym bros often know more about strength training than people in the field making theories.

In practice the effective reps theory does not seem to be true. No bodybuilder that I have heard of do 40 reps. Serge Nubret, which was famous for doing light weights and high volume, did 8x12 benchpress twice as week.

Can you build muscle doing push-ups instead of benchpress? Yes, but you will generally need to do a lot more work than if you benchpress and still the progress will be slower. However you can make the pushups harder and thereby more effective by eg. elevating your feet or putting a backpack with some weights in on your back.

(1) The Evidence is Lacking for “Effective Reps”

1
If optimal rep range is 8-12 for hypertrophy, why does my aesthetics focused program has 5 reps for some workouts?