How is the force transmission through the leg/thigh affected by the feet stance in Deadlift?

let's consider two extreme stances for deadlift (very narrow, which I see it is used by many powerlifters, and very large, i.e. a Sumo Deadlift). 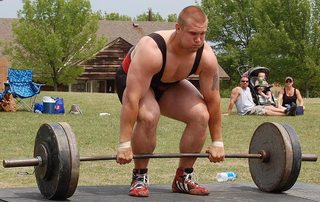 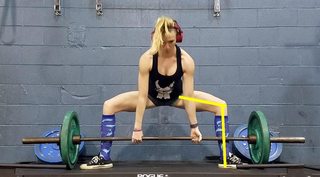 How does the stance change the force transmission and the maximum strength one can have?

My opinion: we move the bar thanks to the ground reaction force generated by pressing against the floor to push it away from us. The ground reaction force is vertical, so I think that the best transmission of force occurs when the legs are vertical. The thighs are not vertical at the beginning, but they will become at the top (where the barbell has already been lifted). So, I'd say that the stance should not affect the force transmission if we keep the legs vertical.

But now I have two questions I do not understand:

How does the stance change the force transmission and the maximum strength one can have?

Force transmission isn't really a useful concept here. When lifting weights, the body is generating the force needed to move the bar, it isn't merely transmitting force from the ground to the bar. So while the body can almost effortlessly transmit force between the bar and ground when the knees and hips are both fully extended, such as in the top position of a squat or deadlift, you can't actually move the weight in this position.

Or if you want to consider just the shins, shins that are perfectly aligned to the direction of ground reaction force just means that the muscles crossing the joints of the shin (i.e. the quads at the knee and the calf muscles at the ankle) don't need to do anything. This is not an advantage, because by eliminating any contribution of these muscles, other muscles (such as the hips and back) must be doing all of the work by themselves, which probably means you won't be able to lift as much weight. (As a practical example, this is why you can't lift as much in a stiff-leg deadlift as you can in a conventional deadlift.)

Why does the sumo stance has less glutes rom and hence let us have more force?

Sumo and conventional deadlift actually have very similar hip ROM.1 It's just that the wide stance of sumo allows the hips to be brought in closer to the bar before the shins touch the bar, and this brings the torso more upright, while also making the thighs more horizontal, so the overall angle between torso and thighs doesn't change significantly. Sumo probably just allows many lifters to exert more force because it allows more muscles to contribute to generating force.

In a conventional deadlift, the quadriceps cannot really contribute to the lift once the bar has reached the knees, because at this point, the weight is in front of the knees, and straightening the knees without a lot of hip extension would just cause the weight to tip forwards rather than move up. (Strictly speaking, I'm talking about net knee torque here. The quadriceps could act to oppose the hamstrings, which would provide a little bit of hip torque without any associated knee torque.) This is why when people are struggling to complete a deadlift, they will very often bring their knees forwards under the the bar ("hitching"), a technique which, while illegal in powerlifting competition, allows them to redistribute some of the load back onto their quadriceps.

In contract, because the legs are turned outwards in a sumo stance, the quadriceps can work with the hip external rotators to push the feet away from each other, like you're standing on a rug and you're trying to pull it tight between your feet. This allows the quadriceps to continue working to straighten the knees throughout the lift. Additionally, in sumo, the adductors can also act to bring the thighs together.

Why do many powerlifters prefer a narrow stance?

Powerlifters will generally just lift in whatever style they personally find allows them to lift the most weight. This will depend on their body proportions, what they are most practiced in, and individual preference.

I don't know if the sumo stance has less ROM, but it's a different ROM because of the angles.

For powerlifting the goal is maximum weight. Keeping the knees in line with the feet reduces knee joint stress.

The muscles are also used differently, particularly as the lift begins, e.g., regular deadlift doesn't engage the adductors or quads as much.

Not the answer you're looking for? Browse other questions tagged weightlifting deadlifts powerlifting lower-body-strength or ask your own question.

5
Improve benching through adding speed to the lift...how?
4
Why is the single leg deadlift stiff-legged?
5
One arm chin/pull-up and the lat pulldown machine
9
How can the conventional deadlift be harder at the top than the bottom?
4
How to create the leg drive and keep shoulder blades together while bench pressing?
2
How to gain muscles and be fit with low testosterone?
3
How do you keep the barbell close to your legs when doing the Romanian Deadlift?
3
How can we make sure we are engaging the lats in the conventional deadlift?