Hell there, I have an issue in any kind of exercises involving the Overhead Position (Overhead Press e Overhead Squat).

Precisely, at the Overhead lockout position (shoulder blades elevated and arms slightly internally rotated) I cannot keep the barbell in the frontal plane, but rather it rotates so that it is in front of the mid-foot on the right side and behind the mid-foot on the left. I tried to let it be visualized in the following picture: 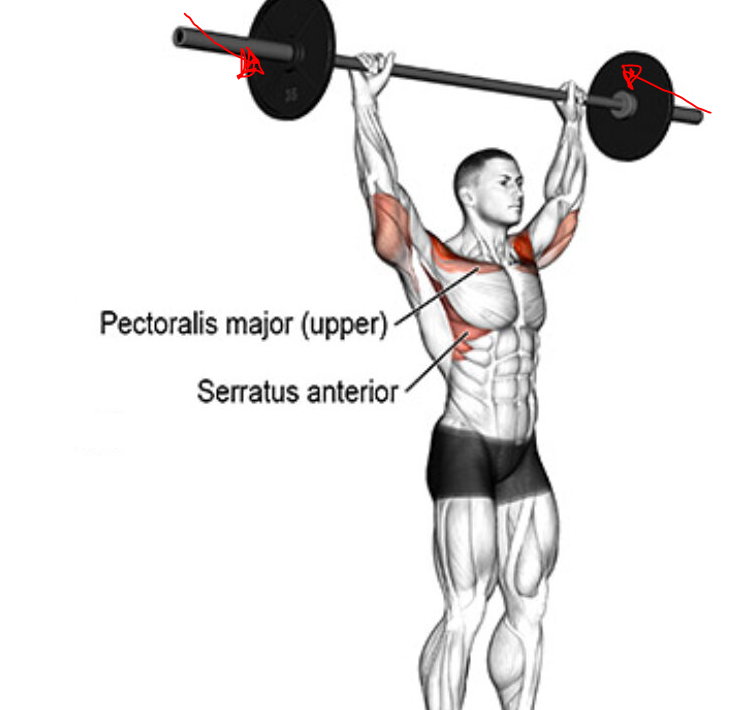 So, I wanted to ask you if you have some tips to fix it. I've noticed that, if I perform both exercises with the Kettlebells, this problem disappears and I'm quite symmetric. But when I get the barbell, it causes a rotation of my torso and it stays as depicted above. Moreover, I've noticed that such a rotation increases with the load. But also with a 15kg barbell it exists.

I do not know which muscle unbalance causes it, so I wanted to know if there is a general shoulders-arms mobility routine to help fix this.