I would like to do chin-ups in my house, but the door frames do not support pull up bars due to their construction. Also it is not possible to install in a wall.
There is no park very near by and I haven't found anything around the building that I could grab and do the exercise.
Short of buying some big rack, is there anything solution that does not take much space?

Have you considered towel door pull ups? (for those who don't want to follow the link, you basically put a knot in the end of a couple of hand towels, trap the knot in the top of a closed door and use those).

The other alternative that I have seen before, which I don't recommend if you're on the heavier side, or live in rented accommodation, is pull ups using the door itself, as demonstrated by Steve Maxwell.

I haven't personally used either of these, but I'm close to 2m tall and nearly 100kg, so doors aren't really tall enough (plus I don't want to have to replace my doors!), but I know people who did during lock down when equipment was unavailable.

Another option, which doesn't exactly address your question, is something like a suspension trainer (I believe TRX are the most popular brand) that comes with a door anchor (it works like the towel pull ups).

Inverted rows that you can do with a suspension trainer aren't exactly pull ups, but they're a good substitute until you find something better, they still work the pulling muscles (lats, rhomboids, etc) and if you get strong at them, when you switch, you'll find pull ups come easier.

If you go with the towel or door anchor idea, a very important safety point, make sure you have them rigged up so the door closes towards you, so the door frame itself helps support the door. Also make sure anyone else in the house knows what you're doing; as funny as it would be to have someone open the door mid-pull up, unless you film it and post it online, the rest of us won't get to enjoy the ensuing chaos.

My pull up bar = shutters + brass tube cut with a saw held by a belt. it can hold me doing chin ups with a 40kg back pack on my back, totalling 110kg or 242lbs. As you can see from the decoloration and imprints of my hands on the brass bar, I have been using it for a lot of time now and never broke or failed me. I advice using different materials noteless since I'm worried myself about copper toxicity, though it is a good anti-bacterial, so it cleans your hands as you use it. 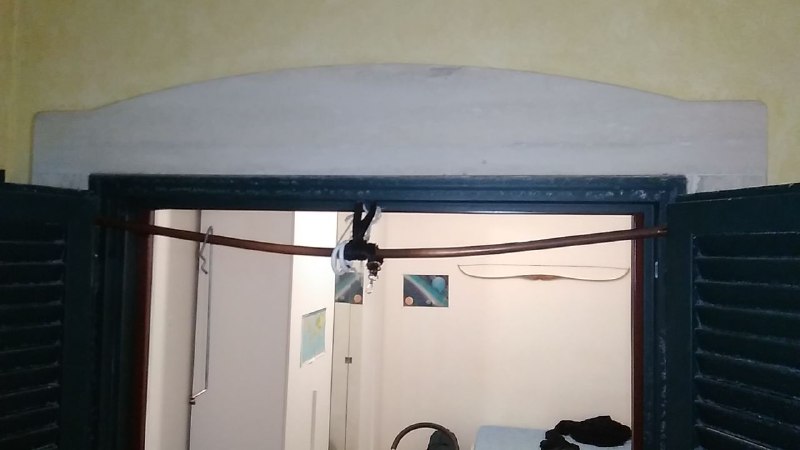 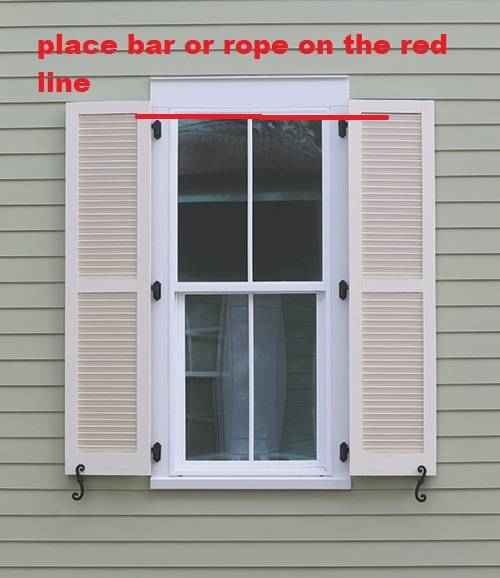 Alernativelly, just use a fence/wall and pull yourself over the fence/wall... expect your knees to be scratched.

Gymnastic rings are a great way to do pull-ups. Because they are hung from straps (perhaps long ones), they can often be mounted in places where a pull-up bar cannot. I take my rings on vacations and am often (but not always) able to find rafters to hang them from. Failing that, they're portable enough to take to a park to provide a better grip than a swing set.

Not the answer you're looking for? Browse other questions tagged pull-ups exercise-equipment home-exercise back chin-ups or ask your own question.

11
Whats the optimal height for a pull up bar?
3
forearm during weighted pull-ups and chin-ups
2
How to build a pull up bar for a doorway with a door?
2
Lat pull-downs vs regular pull-ups
7
which is better for a pull up tree branch or actual bar
4
Why are chin-ups harder than pull-ups?
1
How can I do pull-ups in my apartment with thick door trim?