Why do olympic bars have rotating collars?

I've just upgraded from a 1" bar to my first 2" olympic bar. I'd never realised until it arrived that the collars rotate on the bar.

Olympic barbells are designed to perform Olympic and Olympic-adjacent lifts which are the Snatch and Clean & Jerk. 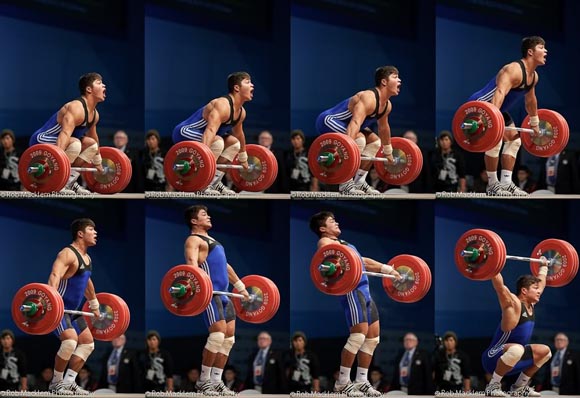 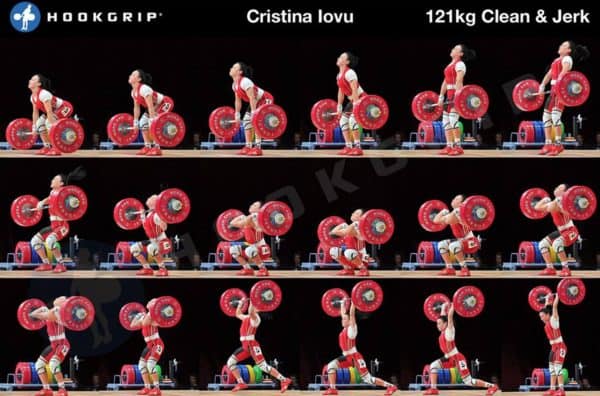 As you can see they are very active movements, and the plates don't spin as the lifter rotates their hands around the bar.

If the collars didn't rotate, the added friction on the weight to the collars would rotate the entire bar including the part that the lifter is holding on to. This would greatly increase the difficulty of the lift as well as just make it a lot more unsafe.

With rotating collars, the weight moves freely during the motion and the lifter doesn't have to worry about stabilizing.

The 1" bar simply is not designed to perform such movements (at least not well). It was designed for affordability and ease of maintenance since there aren't any ball-bearings that need oiling up every once in a while.

Not the answer you're looking for? Browse other questions tagged weightlifting or ask your own question.

12
How much should I spend for olympic weights?
12
When should a barbell be collared?
13
What weight difference will tip an Olympic bar on a rack?
1
Weight lifting gloves with straps between fingers
3
What are all the barbell collar types?
4
Is there a technical reason why small plates go on the outside of the collars?
2
Incline or Flat Bench First? Dumbbell or Barbell First? Why?
1
Why did many lifters of the past use to lower the bar in their clean/snatch whilst now they drop it?
4
Why do many people start the Snatch with a very upright torso?