Are video games like Wii Fit Plus actually any good for losing weight?

Does anyone have an sources on this? I love the idea of playing video games to lose weight, just not sure how effective it is. At the end of my exercises it tells me your burned x calories, but not really sure how reliable the numbers are.

My girl friend and I used Your Shape (Xbox360 with Kinect) and in her case the calories indicated by the game were actually too low compared to what her Polar was indicating. Now by no means is this scientific or calibrated, but at least it means they're a nice estimate.

I'd say there's three things that are important:

And off course Kronos is absolutely right: if you eat more than you burn during the workouts, you don't loose anything... But! as your fitness improves, so will your metabolism, so it's OK-ish to eat a little bit more, but then you have to promise me that you'll do an extra two sets of Wii Tennis! 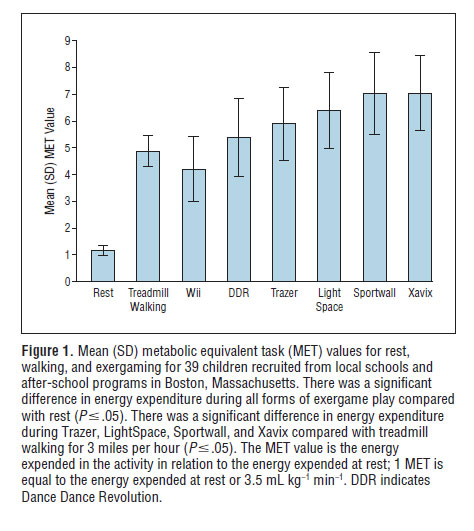 YES! but with a caveat: as with any other diet or workout plan, you have to stick to it. My sister-in-law everyday would workout using the Wii Fit. This included walking/running around the house for a half hour each day, doing yoga stretches, etc. Combined with a diet, she lost close to 26lbs in the course of a year. She still, to this day, wakes up early and works out using the Wii. 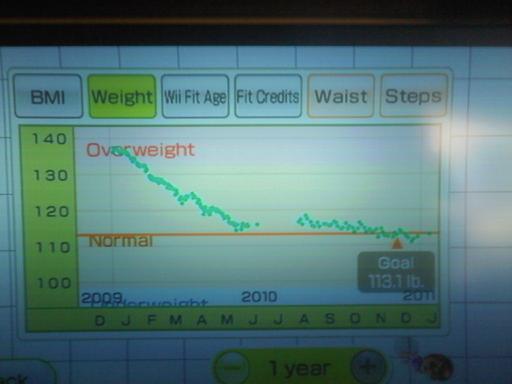 Sorry this is such a terrible picture, my cell phone was all that I could use at the time.

Her workout consisted of on average a 30 to 45 mins of aerobic workouts, and may have included others, such as stretches, or strength building exercises. Her main 'game' she used was Wii fit Plus, but now uses EA sports Active and says that it is better.

A man going by the name of DeLorenzo has also claimed to have lost weight using the Wii:

Six weeks ago (December 3rd, 2006), I began what has become a huge obsession of mine. It is called the “Wii Sports Experiment” I outlined a 6 week game plan for myself, the idea being that I would continue. ALL normal activity and eating habits, and simply add 30 minutes of Wii Sports to my day. For the past month and a half, I’ve stuck to these guidelines very strictly.

Weight: For most people this is their most anticipated category. To be honest, I was genuinely surprised by my end results, so I’ll just get right to it. I lost 9lbs!

Here are a few links of other's success stories.

You don't necessarily lose weight because you burn more calories, even if you do so consistently. Using more calories will make your body demand more calories as well, i.e. you will be hungrier. So unless you control intake somehow, it will probably not have any effect at all on your weight.

The same goes for higher metabolism from more muscle as well, it's not sure that that will make your net calorie balance change.

The only way of being sure you lose weight is to control the number of calories you eat and adapt them to your expenditure. If you don't want to do that, and you typically don't, if you aren't a professional athlete or make it a big part of your life, you have to change how you eat and what you eat.

Hunger is not the only factor that determines calorie intake, appetite and habit are other ones. If you always have access to calorie-dense food, you will eat more because it will reward you more. On the other hand, if you have a habit of eating home cooked food, if you buy groceries when you're not hungry, and so on, you will eat what you have, because laziness and habit are more powerful than gluttony ;)

There is also some evidence that fructose changes your hunger levels.

Not the answer you're looking for? Browse other questions tagged weight-loss video-games or ask your own question.

2
How does Zumba Fitness 2 calculate the calories burned?
1
Do I need to compensate for calories spent exercising on a day to day basis?
2
Losing fat on upper pubic area (FUPA)?
0
What is the effect of carb consumption on fat burning during exercise?
1
Why am I not seeing any change in body composition or weight?
2
Advise on Exercise machine for weight loss
2
Losing weight without being hungry
5
Is counting calories and walking 10km per day good enough for losing weight?