What are the ways to reach the optimal running cadence (180 steps per minute)?

I have recently learned that the optimal stride rate is 180 steps per minute.

Other than listening to a metronome while running, does anybody have any tips on what can I do to monitor my stride rate so that I know I am around 180 spm? One way would be to find songs that are ~180 bpm and work with that.
Anything else?

This is quite an old answer, but just to add a couple of remarks which might be interesting.

First, the "180 steps per minute" metric is attributed to Jack Daniels, a known running coach which was training runners for the 1984 Olympics. In his reports, he stated that of the 46 olympic runners he studied, only one took less than 180 spm (176 spm). On the other hand, he noted that he never met a beginner runner in his career who ran over 180.

So there are two important caveats here: 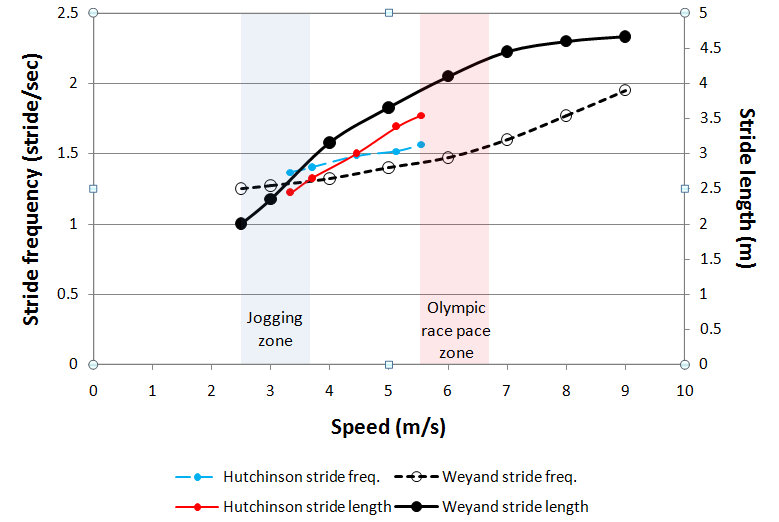 So target cadence of 180 at all running paces, is a very poor suggestion IMHO. It simply isn't supported by the data. Yes, it might be the most optimal cadence while running 5k in 13 minutes, and yes, there are many people who will tell you that you can jog at 180 spm, but if research is showing that olypmic athletes aren't doing this, then perhaps it isn't the most efficient way to jog after all.

Whether slow jogging at 180 spm can reduce injuries, that's a different story. There are claims around the internet that slower cadences result in "heel striking" and that 180 spm jogging can reduce knee problems, but I wasn't able to find actual research supporting this (and since olympic athletes seem to "ignore this advice", I am not so sure about its merits).

If you're serious enough about running to worry about your cadence, you might consider getting a watch and some associated hardware to help you measure things more precisely. That'll keep you from having to listen to the same five songs over and over, and might also help you find a more natural cadence that is close to "ideal" without necessarily hitting every beat. In other words, a cadence of 93 might feel more comfortable for you, but will eventually bring you off-beat if you stick with 90 BPM music.

DC Rainmaker talks a bit about cadence in his review of the Garmin ANT+ foot pod, which is what I've personally used for the last two years without any complaints whatever. I use it with the reasonably-priced FR60, though any ANT+-compatible watch will do. Polar also makes a line of foot pods, though I can't vouch for those.

When you're learning what that stride feels like, songs can definitely help. Look for songs at 90 BPM (so, you'll take two steps per beat of the song). There's a lot of hip/hop, rock, etc. in this range. True 180BPM is super fast happy hardcore techno.

One good option that I used to increase my cadence was to use music. You can download techno music from http://podrunner.com. Another option is to search for songs by bpm at:

Here Usain Bolt takes 41 strides in 9.58 seconds. This equates to 257 strides per minute.

Therefore I would assume that stride rate would depend on one's goals for running.

Cadence can be improved by using the right equipment, doing drills and then running to the right rhythm.

Use the Podrunner Podcast (its free, but do try to donate). Each podcast is about an hour long and DJ Steve Boyett specifies the BPM for each Podcast.

The following podcasts are a few of the excellent ones:

Not the answer you're looking for? Browse other questions tagged running exercise or ask your own question.

13
Unusual heart rates and fitness
2
Heart rate in crossfit and running
5
Optimal cadence for endurance running
5
Is the optimal cadence for racing the same as for conditioning?
6
How to get a better cardio benefit while running with a slower partner?
1
iliotibial band pain when trying to increase cadence and run faster
7
How can control my heart rate during running?