I am wondering if there is any significant calorie burning from fidgeting (bouncing your heel, tapping your foot, moving your fingers, etc.) LiveStrong has an article on this discussing Non-Exercise Activity Thermogenesis, claiming fidget-ers burned up to 350 more calories per day. Is there any merit to this claim or benefit to fidgeting throughout the work day?

Your question is a little misguided, because if you read the Livestrong article carefully:

Those who fidget more by shaking their leg, repositioning themselves, standing up and walking around, and so forth can burn 350 more calories per day than their more sedentary counterparts, according to Levine at U.S. News & World Report.

Standing up and walking isn't really considered fidgeting, so yes, the subjects consumed up to 350 kcal/day more, but not by wiggling their feet or rocking a pen (the definition of fidgeting).

As a comparison, let's compare how many calories I'd burn sitting down vs standing using this online calculator:

So just standing all day would give the desired number of calories. Imagine if I'd fidgeted while standing! Or even better, use any of these devices: 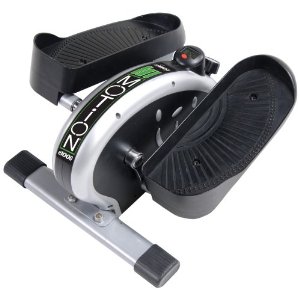 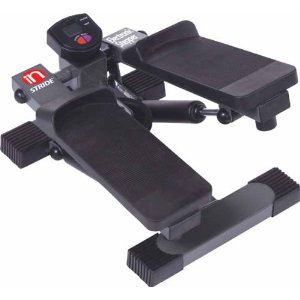 Which would seriously boost your calories compared to just sitting down.

Interestingly, the author of the study (dr. J. Levine) about Non-Exercise Activity Thermogenesis (NEAT) was interviewed by USA Today and they included the following picture: 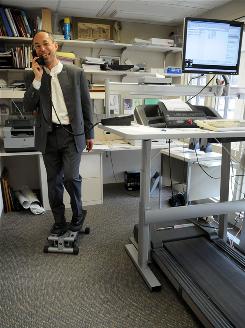 In the interview he gives some solid advice:

We need to move more throughout the day. The key is to find what you enjoy doing.

Simple examples include a quick walk around the block before your morning shower; a 30-minute walk at lunch; having a couple of walk-and-talk meetings during the day (research shows you'll think better); pacing when you're talking on the phone; taking a 15-minute catch-up walk after work with your partner; walking with your children and listening to their music with them; doing some active volunteering such as taking a stressed mom's children out for a walk or bringing a meal to an elderly person.

If you incorporate some of these ideas into your day, you burn an extra 500 to 1,000 calories.

He goes on to answer your actual question:

A: In terms of calorie burn or weight loss, fidgeting doesn't help you. The research we conducted demonstrated that the secret to burning fat was to get up, move and walk. We found that people can increase their NEAT by 800 calories a day and resist gaining weight, even when they eat too much. At first the world's press mistook NEAT for being a fidgeting phenomenon, but we pointed out that you would never be able to fidget enough to burn 800 calories a day.

Fidgeting is your body's way of telling you to get up and move. Our body wants to move, but the environment suppresses it.

So to conclude: no fidgeting is not enough. If you really want to burn some calories, you need to get off your ass and get some work done. With Fitness, there's no such thing as a free lunch!

Not the answer you're looking for? Browse other questions tagged calories or ask your own question.