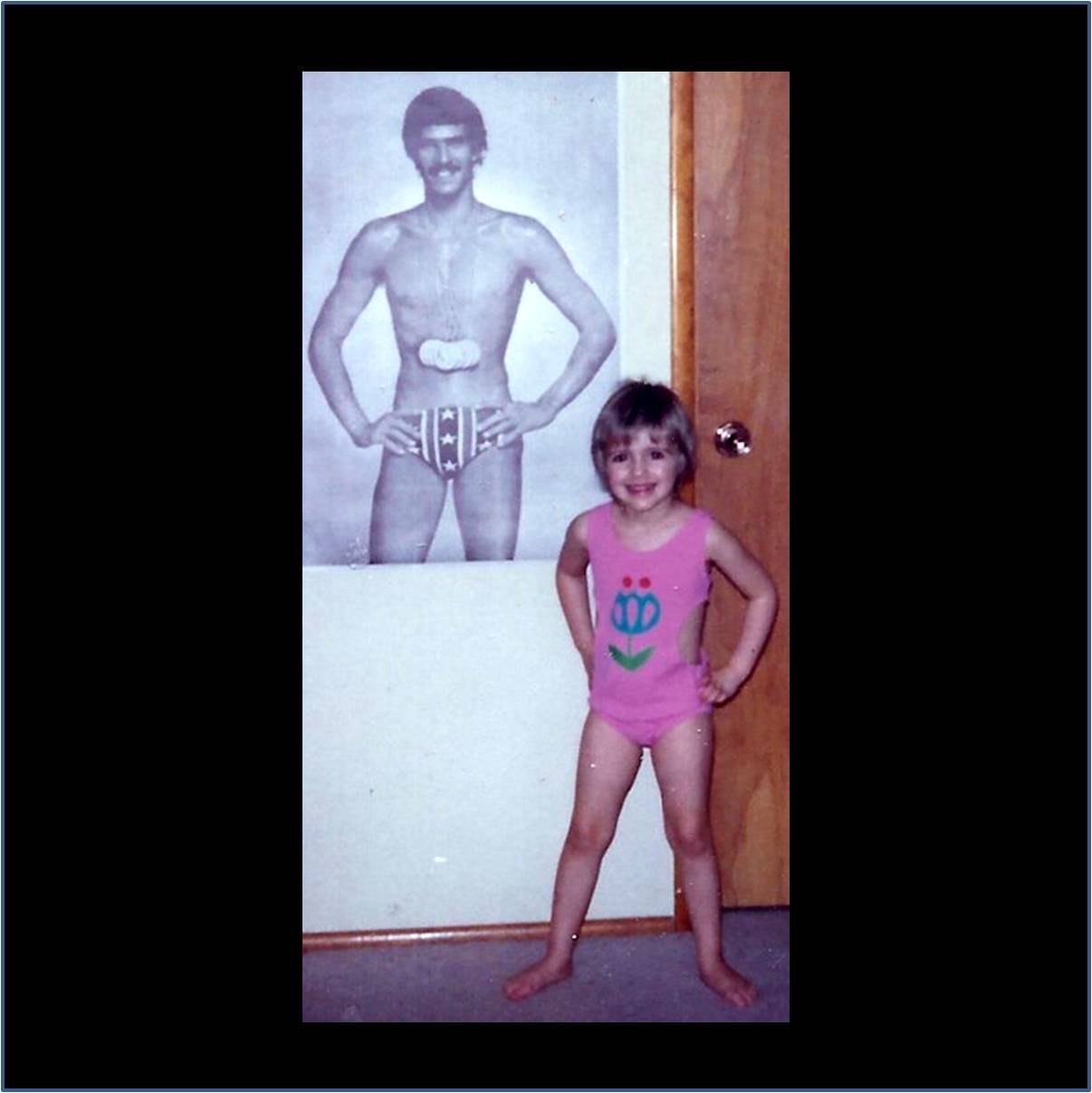 My first memory of a fitness role model was Mark Spitz. In fact, somewhere amongst the stacks of family photos is a photo of me in a pink bathing suit standing next to a poster of Spitz and his seven gold medals. Later in life, I was inspired and in awe of a young Romanian gymnast named Nadia Comăneci. I also admired the poise and grace of the ice skater Dorothy Hamill.

Good role models influence your path in life and perhaps because of these role models in my early years, I've always had an interest in fitness and striving toward optimal maximum potential.

In my youth, I swam at the YMCA, skated on ice, tumbled on the floor, balanced on the beam, struggled with the vault, and swung on the uneven bars. In junior high and high school, I swam some more (required for 7th and 10th grades), dabbled in track, and hit balls with a tennis racket. Years later, I joined the USMC, making me wish I’d done more than just dabble in track or had participated in cross country running instead. Nevertheless, I managed to become WSQ (Water Survival Qualified) and always earned a 1st Class score on both the Physical and Combat Fitness tests.

In college, the time I devoted to fitness dropped a bit, but I'd try to make it to the gym every once in a while and met a couple of guys who encouraged me to take up weightlifting. I've believed in its benefits ever since.

I started running in my adult life because I had friends who ran, but I've also been inspired by the story of Wilma Rudolph as well as anyone who has lost a limb while in combat. I've also participated in a couple of marathons, sprint triathlons, and snowshoe races. In fact, racing in the Whitegrass Snowshoe 5K and the National Snowshoe Championships in 2011 will always be some of my fondest memories.

A huge fan of Survivor! from the very first show, I began reading about Mark Burnett and his experiences as an adventure racer, which motivated me to start orienteering because navigating with a map and compass is an essential skill of an adventure racer (even if you aren't the lead navigator). Since then I've participated in orienteering on mountain bike, kayak, snow ski, and would love to do it while on a horse someday.

Future goals include competing in a world-class adventure race, completing an Ironman, qualifying for Boston, and serving as a crewmember on the winning yacht in an America’s Cup race.

I don't know where my fitness journeys will eventually lead me, but if I have a love for fitness, it has a lot to do with these early role models and how they inspired me to become a better version of myself through fitness. Best wishes to you all as you embark or continue upon your own fitness journeys.

ONE FINAL NOTE: My disclosure of personal experiences and accomplishments is not meant to be self-congratulatory; it is simply included so that if I happen to try to answer a question in this stack exchange, you can weigh the value of the answer based on my credentials or lack thereof.

All Questions Answers
Votes Newest
5 What are the implications of diminishing levels of soreness in Delayed Onset Muscle Soreness (DOMS)? Nov 5 '15
4 Taking body muscle to next level Nov 6 '15
1 Contribution of swimming to basic endurance Nov 6 '15
0 Fried eggs and boiled eggs, which is better for muscle build up? Nov 6 '15