I finally moved to another location and a new job, and today I entered into a new gym. My idea was initially to go on with the same workout I had been doing for the last 5 months, but I am quite excited after discovering an assisted pullups machine in the new gym: 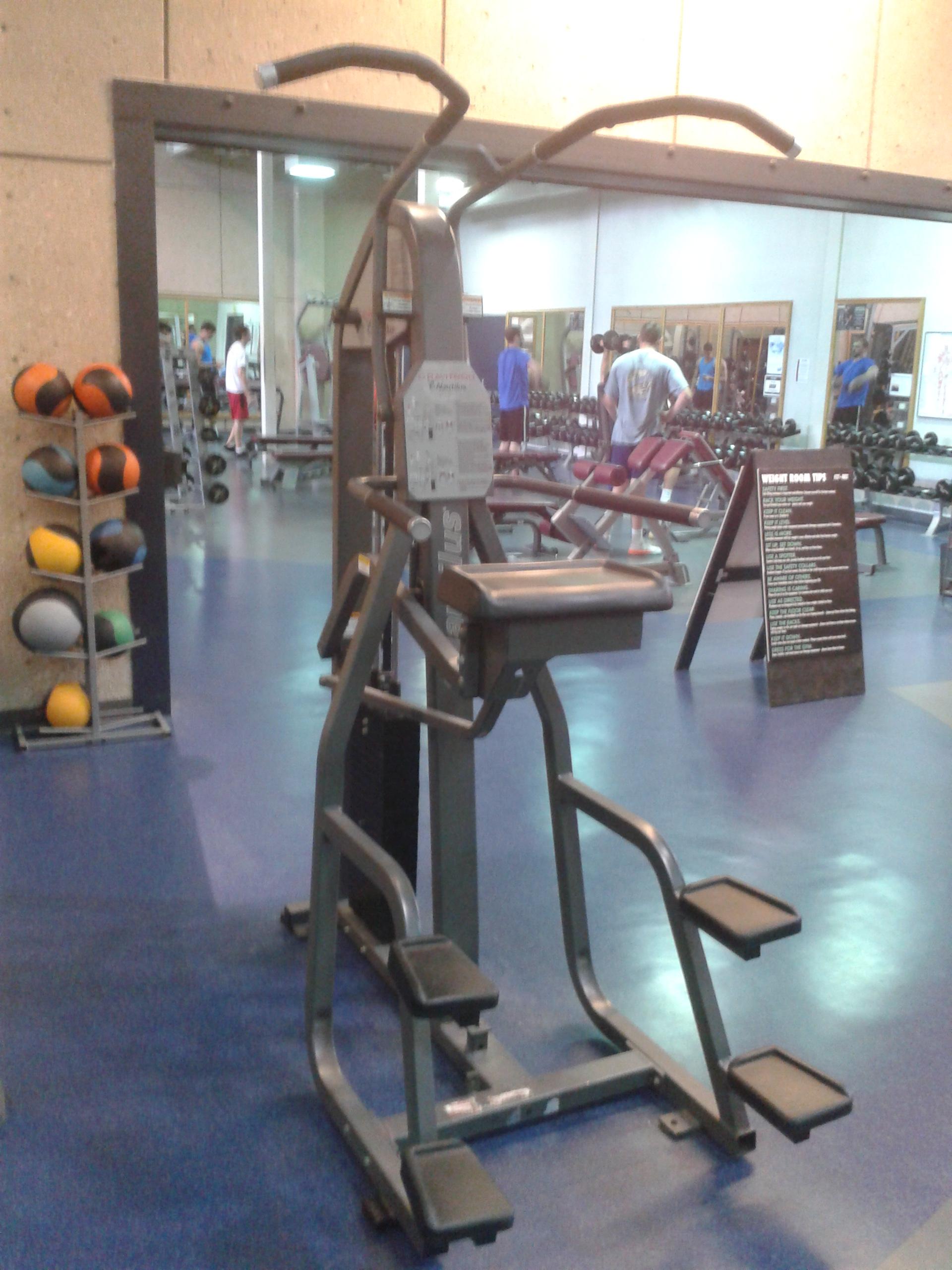 I have been doing inverted rows with the hope of building up towards pullups. I added two light sets of lat pulldowns as additional exercise recently (it was the closest thing available in my small town gym to assisted pullups).

In order continue with the same routine, I am supposed to go on with the inverted rows as main exercise, but... I have so often dreamt of that assisted pullup machine... Real pullups with the exact same motion patterns and muscles, but assisted by an upward force under your knees that can progressively be decreased in small 10lb increments! - I don't think there is a more direct way of building up toward real pull ups.

So I ask you the expert guys here: may I change my main pull exercise and focus my effort on assisted pullups instead of inverted rows? - Please bear in mind something important: I am weak, not able to do fully horizontal inverted rows yet, and prone to injuries. The inverted rows seem like a less risky approach, but I don't know if that makes any real sense.

I am disappointed with this machine. It restricts the motion to a very fixed posture. It is as if my forearms were in a forcedly rotated position and I cannot do anything about it because there is absolutely no freedom. Very often one of my elbows pops violently in the middle of the motion. Perhaps it makes wonders for other people, but for me it sucks and I am happy I have realized it before it is too late.

Nothing to to with the Lat Pulldown machine, where the bar hangs freely from a cable, and the pulling motion feels quite natural, which is no wonder because from the point of view of physics a metal bar hanging from a cable is exactly the same as a free weight, only the direction of gravity is different.

I think the best device to prepare for pull ups would be a Lat Pulldown machine with no seat, but rather a pad at floor level that would allow the user to kneel on the pad and pull from the cable from a kneeling posture.

In any case this machine is no good for me. I have tried all distances between hands, but my elbows do not like the forced position.

You should give it a try anyway to see how close you are to being able to pull your whole body weight.

Another good way to build up to pull ups is to focus on just the negative part of the rep(letting yourself down). Here you would step on something so you're at the top of the rep, and then let yourself down as slowly as you can.

This will work all the muscles you use for pullups.

The cable pulldowns are a poor substitute for pullups, because while seated, and locked down (thighs under pads), there is little to no core engagement going on. There's just the activation in the upper torso.

At best, they're a supplemental exercise.

I would recommend doing the assisted pullup instead. Certainly, while kneeling on this plate, you're also losing some core engagement, but there's still more of it because you're not locked into one single position.

My best recommendation is to do pullups on a normal pullup bar, using a rubber band to assist you. This way, you'll have pretty much all the core engagement of a normal pullup, while still enjoying some support.

Additionally, by virtue of being a rubber band, it will assist you more at the bottom of the lift (when the band is stretched fully), and less at the top (when the band is looser). This provides a variable degree of assistance, which lets your muscles endure more of the lift.

Not the answer you're looking for? Browse other questions tagged workout pull-ups or ask your own question.

5
How to increase muscles for a pull-up

14
How to do "Pull ups" with your Lats?
18
How do I get higher in a pullup?
5
Correct seated Row technique
5
One arm chin/pull-up and the lat pulldown machine
2
Pullup Bar & Bodyweight exercises
4
Do Inverted Rows prepare you for Pull Ups?
8
Is there any objective reason for the hatred towards the pulldown machine?
5
How to increase muscles for a pull-up
3
What are the effective differences of negative vs. assisted pull-ups?
6
What additional exercises should I be doing to improve my weighted pullup and work towards the one arm pullup?