Which is the role of the chest in push-ups?

As simple as it may be, I find it so difficult to understand which is the chest role in a push-up (and so I don't have the proper mind-muscle connection on how activate my chest).

Chest, as said here, performs the horizontal adduction, as shown in the following picture. When the chest is gradually shortened, point A (centre of bicep) moves toward the point B (centre of chest). 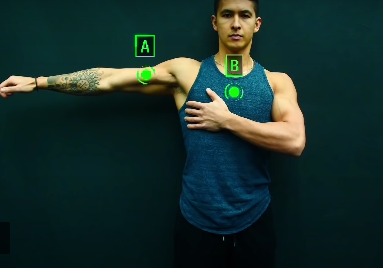 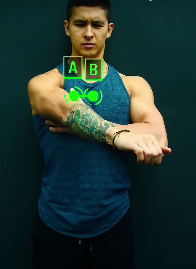 Well, what does this movement have to do with push-ups? 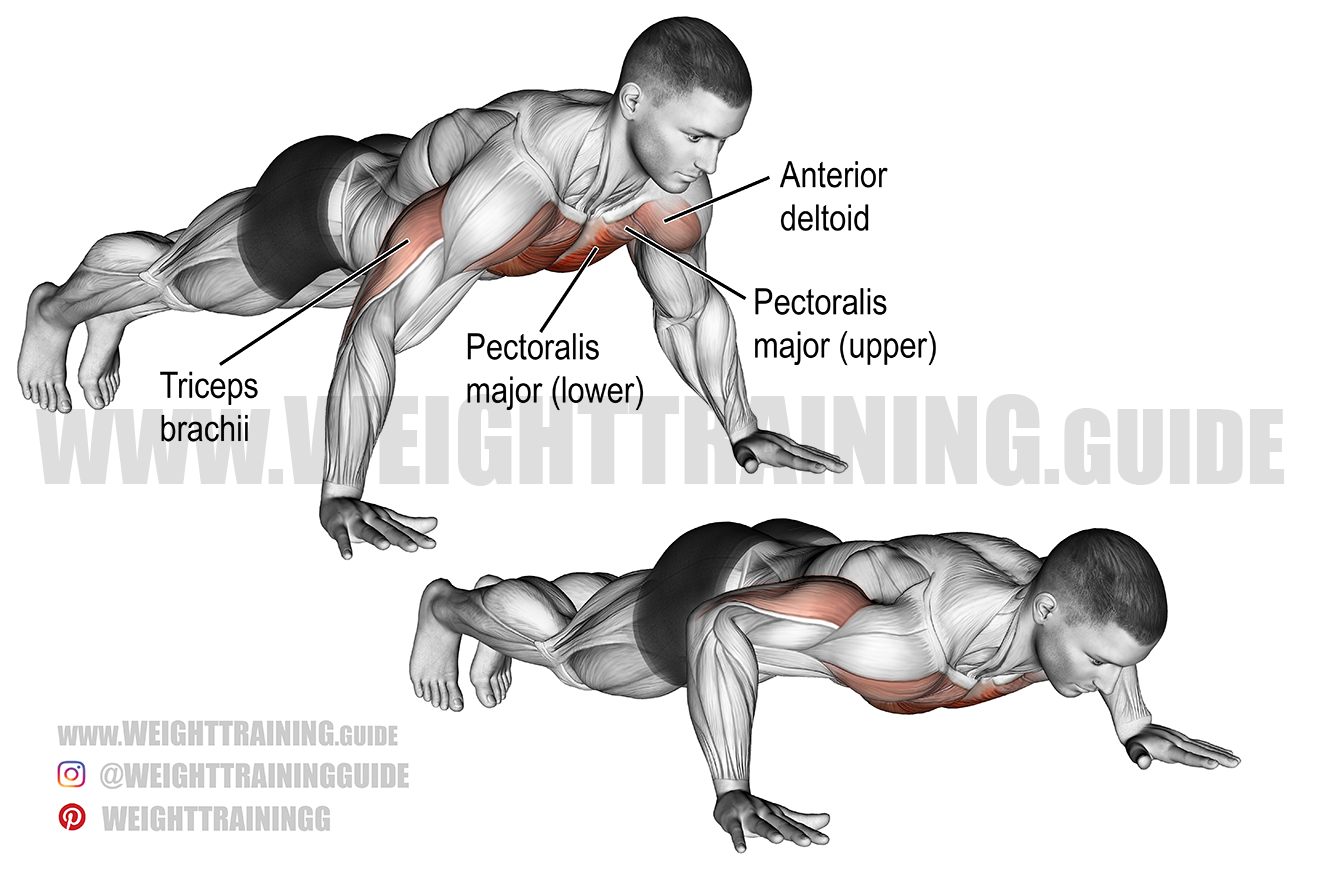 What I see in the push-up movement pattern seems to me just a forearm extension performed by the triceps. The distance between the centre of bicep and the centre of chest seems to me about the same in the starting and ending position. I don't see any significant shortening of this distance during the execution. So, by the common pictures that show push-ups, it seems to me it's a pure triceps, exercise. But it's known it's not... so which is the role of the chest?

To make a comparison, I may easily see the role of the chest in dumbbell bench press. In this case, as shown in the following picture, the distance between the centre of bicep and the centre of chest is shortened as the dumbbells are lifted, since they are brought close together. 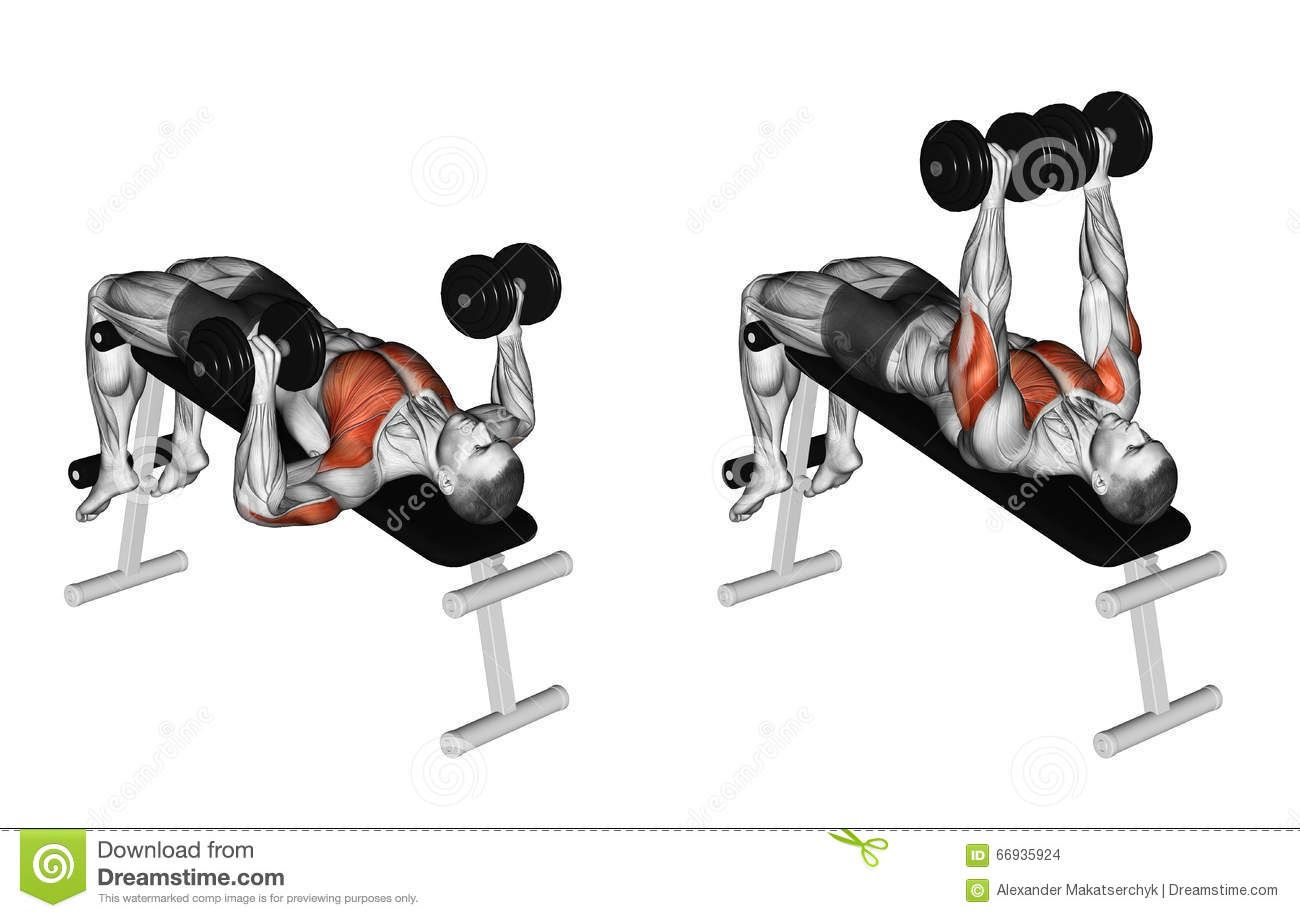 But in a push-up the hands position is fixed... we can't do such a triangular movement that activates the chest.... Where is my mistake?

Imagine the pushup like a bench press, where you do NOT bump the weights together at the top. Think of it more like a bench press with a bar, if you will. So you don't get the triangular motions, because your hands are always a fixed width apart.

It looks like you've more or less correctly pointed out that the pectoral muscles are involved in adduction, meaning it pretty much serves to pull your bicep closer to your chest.

To see how this factors into the pushup:

To see what would happen if you didn't engage your chest, do the following:

You used the following image to illustrate how it's not apparent that any adduction is being done:

I agree that it may not be as easily seen here, because the depicted athlete is using a very wide hand position. But we can in fact clearly see that the distance between his bicep and chest is being shortened even in this position, so there is some adduction going on, in addition to just extension of the elbow.

Not the answer you're looking for? Browse other questions tagged workout bodybuilding bodyweight-exercises push-ups chest or ask your own question.

2
Left side bigger than right side
2
Feedback on current work-out scheme
4
What is this exercise called and what is it's purpose
3
Dumbbell bench press: how to get into position
2
How does back extension work?
0
Is it correct to shrug during barbell row?
1
Which is the role of biceps in a pull-up/chin-up?
3
Will reducing rest between sets make push ups better for hypertrophy?
3
Is the hook grip as effective as the bulldog grip in press/jerk movements?